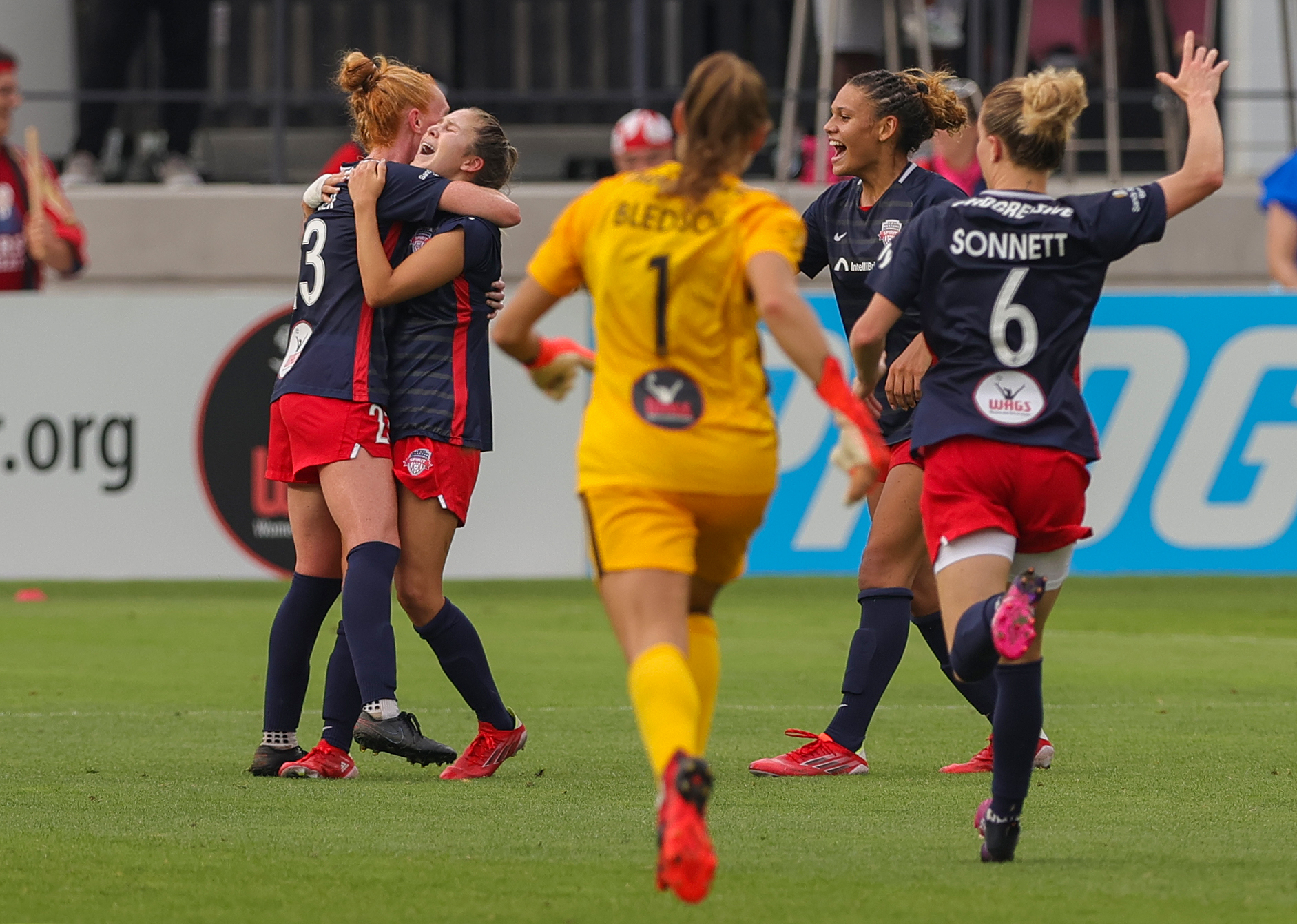 Missed the game? See more in our photo gallery here!

WASHINGTON – The Washington Spirit snapped a three-game winless streak with a thrilling 2-1 comeback victory over the Orlando Pride Sunday at Audi Field.

The result propelled the Spirit (6-5-4, 22 points) from seventh place in the NWSL standings to fourth and back into a playoff spot. It was also the first victory either team has claimed against each other during the regular season in three games.

With the game tied in the 89th minute, Washington launched a counterattack off an Orlando corner kick. Midfielder Tori Huster sent a long pass to an open Trinity Rodman, who tracked the ball down before delivering it to Ashley Sanchez outside the penalty area.

The former UCLA product unleashed a right-footed rocket from about 20 yards out to the left corner of the goal net, beating goalkeeper Ashlyn Harris for the game-winner.

“As a team, we were working really hard, and I felt like we all knew a goal was coming,” Sanchez said. “It was really nice.”

Both teams created opportunities throughout the first half, but interim head coach Kris Ward said Orlando was the aggressor and took most of the possession.

“We talked about being more structured defensively and how we wanted that, and they came out in a different shape than they played the last couple of games,” Ward said. “…I don’t know if it was just a little impatience or what. We only did have a few times, and then a lot of the chances [that] actually came from our defending, which is a good thing.”

The game remained scoreless until the 68th minute as Orlando’s Marta firing off a thunderous shot from outside the box, with the ball kissing the side of the crossbar before hitting the back of the goal net, to give the Pride (5-5-6, 19 points) the lead.

Washington quickly responded two minutes later as Kelley O’Hara capped off a sequence of passes with a cross into the penalty area.

Pride defender Kylie Storm was unable to clear the ball cleanly enough, causing it to roll towards the feet of Ashley Hatch. The striker took advantage of the loose ball and scored Washington’s first goal of the match.

Both teams tried to score the game-winner but could not find the goal before Sanchez’s wonder strike.

With a three-game winless streak now over, Washington focuses on building momentum for a big playoff run. Next for the Spirit is second-place North Carolina, a situation that Huster said is a must-win for her team.

“We have to move on,” Huster said. “Three points is great tonight. We’ll celebrate tonight, but all focus will be on North Carolina starting tomorrow.”