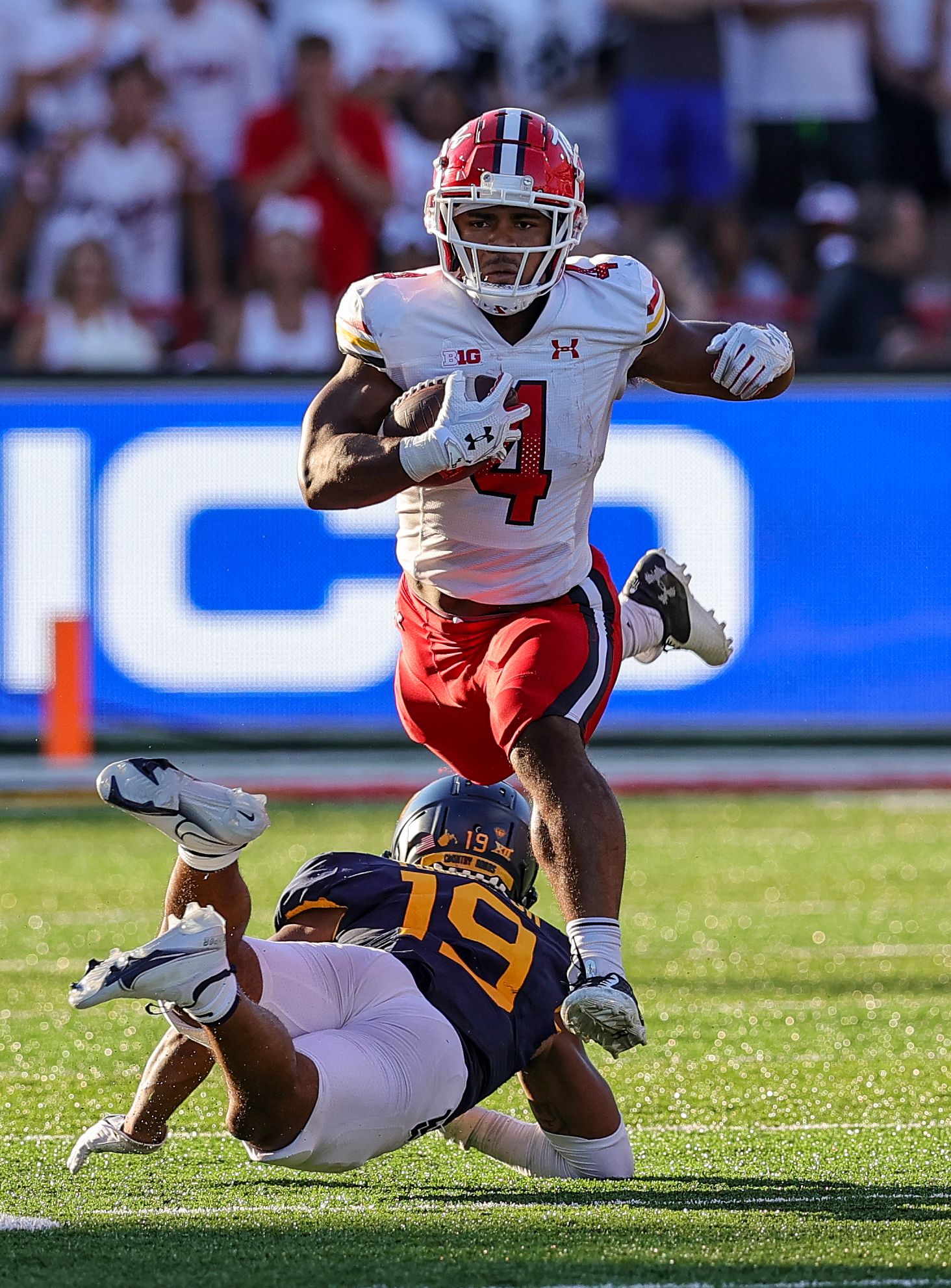 COLLEGE PARK – The University of Maryland football team opened the season at home against West Virginia, who had won nine of the last 10 meetings between the two regional rivals.

However, quarterback Taulia Tagovailoa threw for three touchdowns while the defense forced four turnovers to lift the Terrapins to the 30-24 victory Saturday in front of 43,811 at Maryland Stadium in College Park.

The result was the 16th consecutive victory for Maryland at home to open the season.

“It was really a team effort,” Tagovailoa, who threw 26 of 36 for 332 yards, said. “Defense played their butts off when we needed them most, O-line did their job, everyone just did their job.”

Maryland’s first drive, a nine-play, 47-yard journey, resulted in a 45-yard field goal made by Joseph Petrino. West Virginia responded with a 78-yard drive of its own, with quarterback Jarrett Doege finding running back Leddie Brown, who took it in for the 20-yard touchdown and the early lead.

On the ensuing drive, Tagovailoa launched a deep pass to wide receiver Dontay Demus, Jr. for the 66-yard score, giving the Terps a 10-7 lead.

On its next drive, Maryland struck again as Tagovailoa connected with tight end Chigoziem Okonkwo for the 18-yard score, extending the Terrapins’ lead to 17-7.

The Mountaineers fired back with two consecutive scoring drives: First, Winston Wright Jr. ran back a kickoff return 98 yards, setting up a 2-yard rushing touchdown by Brown. Then, after running five plays down the field, Brown capped off a quick three-minute drive with a 9-yard rushing score a four-point lead.

Just as West Virginia looked poised to take control of the game, defensive back Nick Cross intercepts Doege midway through the second quarter. Petrino eventually made a 21-yard field goal for Maryland to cut the deficit down to 1 heading into halftime.

After a scoreless third quarter, the Terrapins drove 58 yards down the field on 14 plays, setting up another Petrino field goal to give Maryland back the lead.

West Virginia would get deep into Maryland’s territory on their ensuing drive, but defensive back Jakorian Bennett would intercept Doege’s pass as it headed towards the corner of the end zone.

Maryland quickly capitalized with a Tagovalioa downfield pass to wide receiver Rakim Jarrett for the 60-yard score, sealing the victory.

“We knew that they like that play in coverage,” Jarrett said of the touchdown pass. “They were running it all game, and we were just trying to set it up for the perfect time, and I think that was.”

On the ground, Tayon Fleet-Davis rushed for 123 yards on 18 carries, while through the air, Demus and Jarrett had 133 and 122 receiving yards on nine and seven catches, respectively.

In his postgame press conference, Maryland head coach Mike Locksley praised his team for battling back to recapture the lead for the victory.

“They faced adversity throughout the game,” said Locksley. “They hung in there. They believed they wanted it more.”

Maryland will be back at home next Saturday to face Howard University at 7:30 p.m.