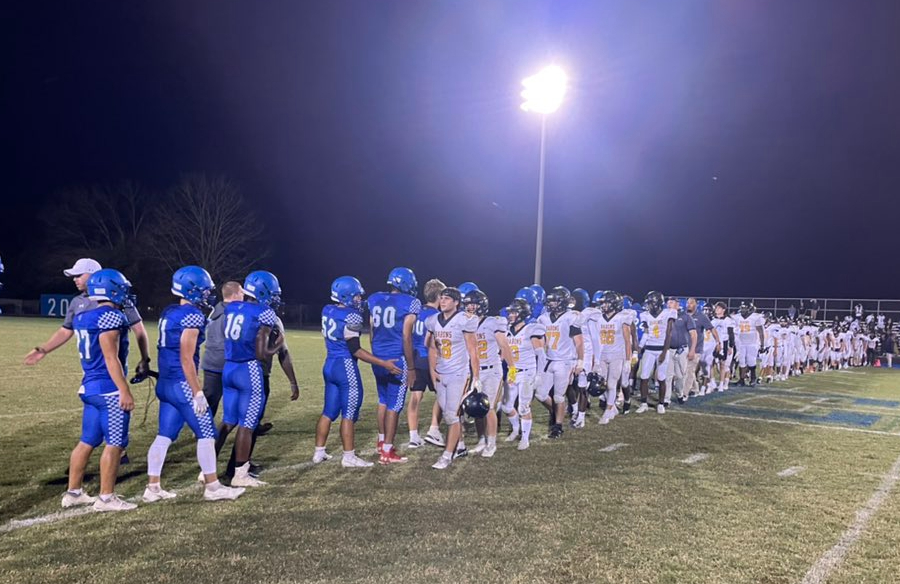 POTOMAC – There wasn’t much scoring, but the Churchill High School football team did just enough, as the Bulldogs scored the game’s lone touchdown and played strong defense to defeat Bethesda Chevy-Chase, 7-0, Friday night.

The Bulldogs’ (2-1) second victory of the season also ended the Barons’ undefeated run, its first to open a season since 2010.

Both teams came up defensively in the first quarter, as B-CC (2-1) recovered a loose ball on the punt return, while Churchill forced a fumble recovery and a turnover on downs.

In the second quarter, Churchill quarterback Jaden Selby fired a deep pass to Jamie Calhoun for a touchdown, but a flag against the Bulldogs wiped off the score.

However, a few plays later, on the same drive, Selby tossed a short pass to Bryce Wilson, who broke a couple of tackles on his way for a 45-yard touchdown for the game’s only points.

“The Jamie touchdown was a nice play,” said Selby. “I’m mad they got it called back, but it’s whatever because we scored on that drive still.”

The Barons’ defense did its best to make sure the Bulldogs didn’t score again. Head coach Benjamin Minturn credits their success to defensive tackle Jeremiah Bruce, calling him “an animal.”

“He’s one of the best in the county on the D-line,” said Minturn. “We’ve just got to tackle. We’re in position to make plays. We tackle; they don’t score.”

B-CC ran the ball for most of the game and didn’t complete its first pass play until the fourth quarter when quarterback Spencer Upston found Glenn Lewis around midfield for a large gain.

On the very next play, Upston’s deep pass to the far sideline was intercepted by Calhoun. The Barons had one last drive to score late in regulation but were not able to convert in the Bulldogs’ red zone.

“I thought we fought hard,” said Minturn. “Churchill came ready to play, we had some opportunities, we weren’t able to capitalize, and it hurt us.”

With a shutout victory over an undefeated team, Selby says that his team feels motivated to continue its winning ways.

Next week, Churchill will visit archrivals Wootton in North Potomac, while B-CC will look to bounce back when they face Gaithersburg on the road.