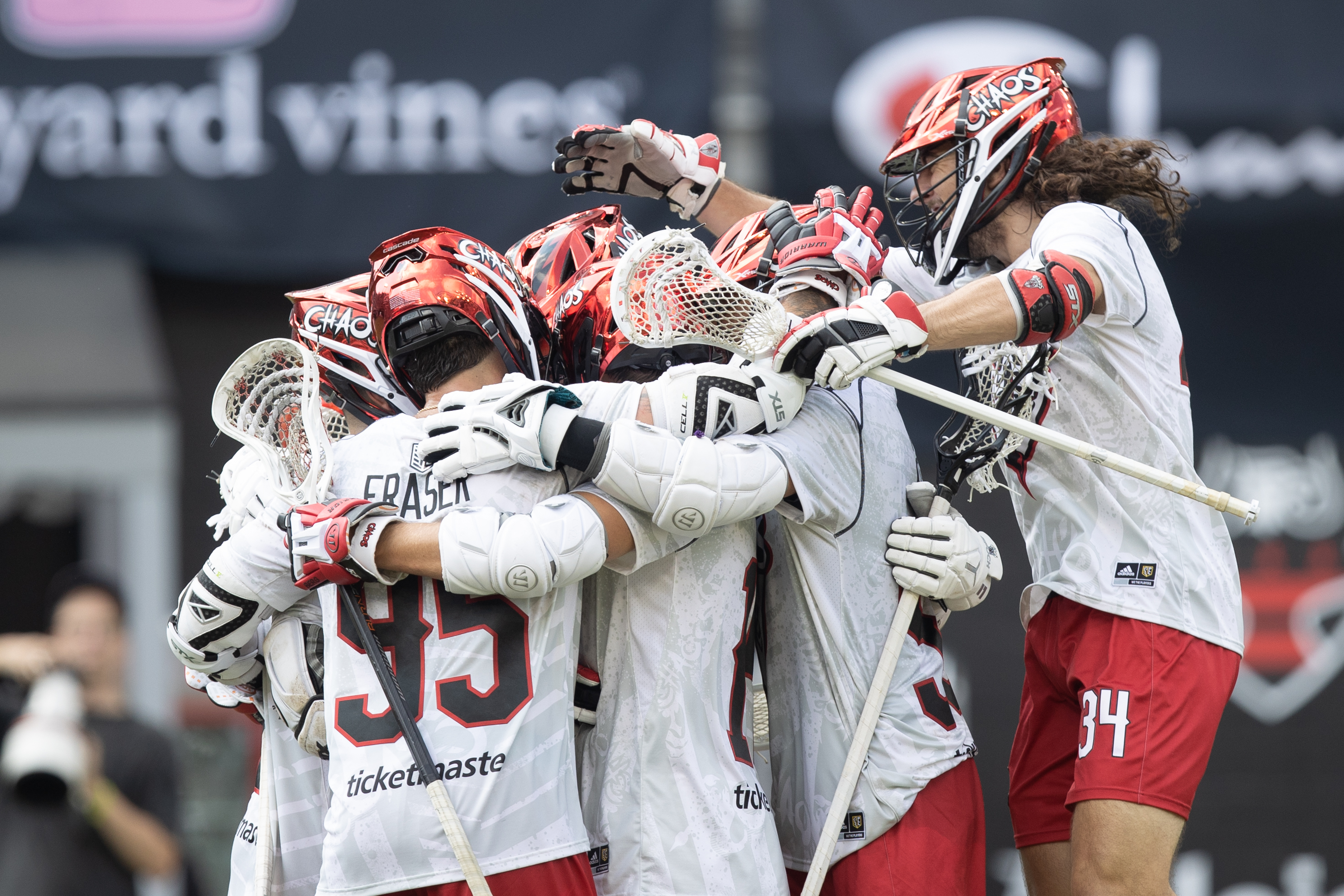 WASHINGTON – Chaos players hit a career-low in 2020, losing in the Premier Lacrosse League (PLL) Championship game to the Whipsnakes.

Unfortunately, the hangover continued into 2021, as the club lost its first three games, leaving its journey back to the title game in doubt.

“Not one of us forgot that feeling at the end of the (2020) championship game,” attacker Josh Byrne said.

As the No. 6 seed in the playoffs, Chaos played the underdog role to its advantage, knocking out No. 3 Archers and top-seeded Atlas with excellent ball movement and standout defense.

In a rematch of the 2020 title game, Chaos remained stellar, limiting attackers Zed Williams and Matt Rambo to zero goals. Goalie Blaze Riorden made 15 saves as part of his MVP performance as Chaos won its first PLL Championship with a 14-9 victory in Audi Field in Washington, D.C.

After a back-and-forth start by both teams, Chaos erupted with five consecutive goals to end the first quarter with a two-goal advantage.

While the Whipsnakes opened the second quarter with two back-to-back goals of their own, Chaos regained control after attacker Dhane Smith hammered in his second goal of the match, followed by the first of two scores by Byrne.

The No. 6 seed Chaos entered halftime, scoring three of the last four goals in the second quarter, capped off by Mac O’Keefe’s long-range effort. However, much of their offensive success came down to Max Adler’s faceoff dominance, winning 13-of-26 over Wipesnakes’ Joe Nardella.

The Whipsnakes came out aggressively in the second half, with midfielder Mike Chanenchuk scoring in the opening minute. As Chaos attempted to head forward in attack, Adler took a hard elbow check in the chest from defender Matt Dunn, and the faceoff specialist landed hard on his shoulder, removing him from the game.

The physicality continued, but the goals never came for the Whipsnakes. The University of Maryland men’s lacrosse scoring leader and the 2019 PLL MVP, Rambo, only managed an assist for the whole game, while Williams added two more.

Instead, Riorden came through with four critical saves in the third quarter, including a power-play stop in the final seconds of the period to keep momentum on Chaos’ side.

“He’s obviously the best player in the world right now,” midfielder Mark Glicini said. “But coming into his own as a leader, you look up to him. You know the buck stops with him. We’re lucky to have him on our side.”

Early in the fourth quarter, Whipsnakes continued to fight back. Standing outside the 2-point arc, Williams delivered a behind-the-back pass to Jay Carson, who rushed at Riorden before diving forward with an over-the-head shot to bring their deficit down by three goals.

It would be the closest the two-time PLL Champions would get.

Chase Fraser barged towards the crease with less than seven minutes remaining and fired a past goalie, Brian Phipps. The Canadian celebrated with the D.C. crowd as Chaos regained control. He added another goal late, finishing the match for four goals, while Chris Cloutier’s power-play goal with 3.11 remaining sealed the title win for Chaos.

As time expired, Chaos players embraced each other in joy while some drank out of the championship trophy. The journey of avenging last year’s loss was complete but not the end, Riorden said.

Instead, the MVP believes Chaos is young and hungry enough to match the Whipsnakes’ success and win another title next season.

“We’ve won one of them, and this feeling is like no other,” Riorden said. “I couldn’t imagine doing it two times. At the same time, after tonight, it’s time to gear up for a second.”