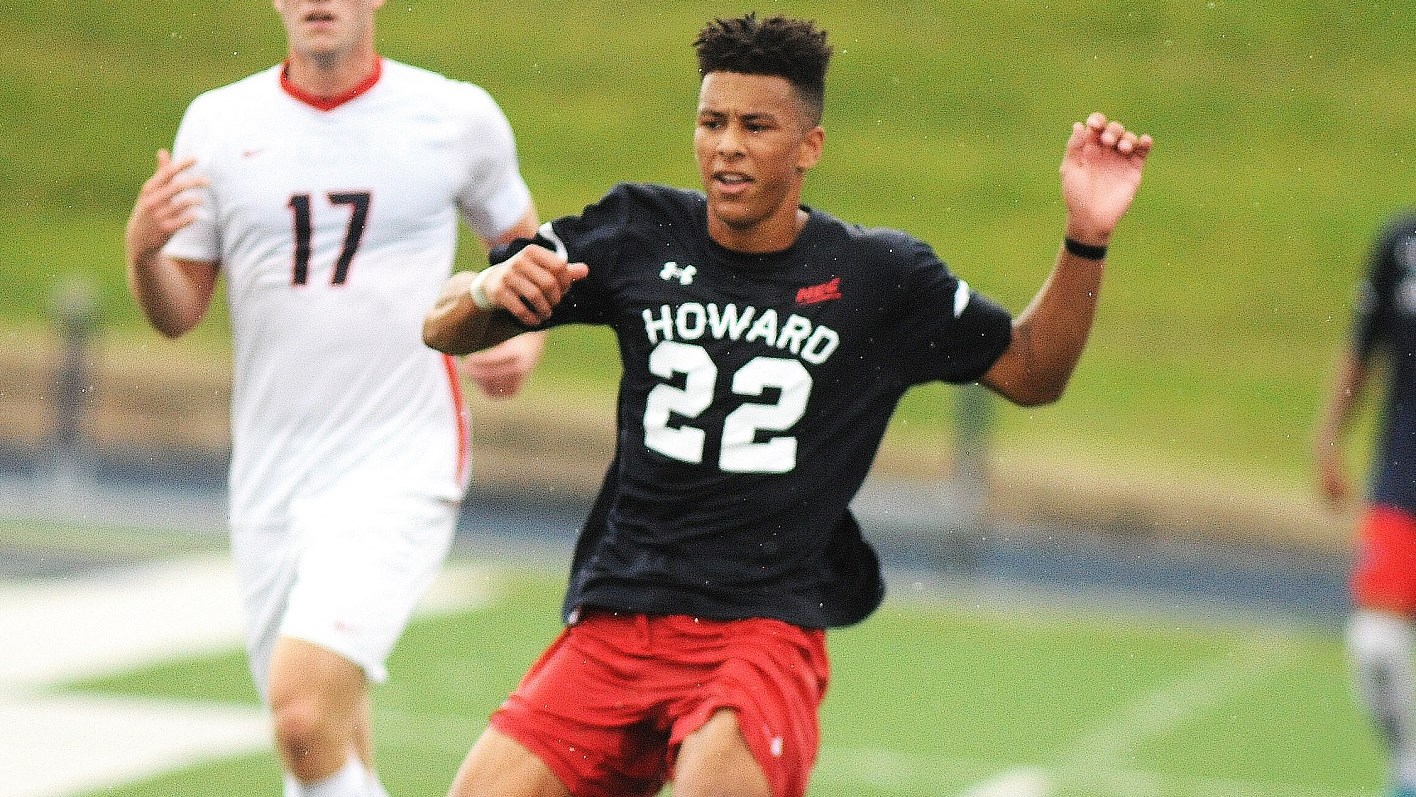 “This was a great team victory,” said Howard men’s soccer head coach Phillip Gyau. “We stayed aggressive all game and kept the pressure on. I’m extremely proud of these young men.”

In the opening moments, D.C. native Rudy Acree delivered a pass behind the defense where Baker scored the contest’s first goal, 1-0.

Baker scored again at the 16-minute mark, thanks to an assist from senior Duncan Dunkwu (Germantown, Md.) to extend the lead, 2-0.

After taking a 2-0 halftime lead, Baker was fouled inside the box where he capitalized on a penalty kick opportunity and notched his third goal of the match, 3-0.

Senior goalkeeper Emery Simon (Elkhart, Ind.) registered his first shutout of the year, along with eight saves in the win.

Sunday (Sept.26), the Bison return home to take on St. Francis-Brooklyn at Greene Stadium. Match time is scheduled for 3 p.m.