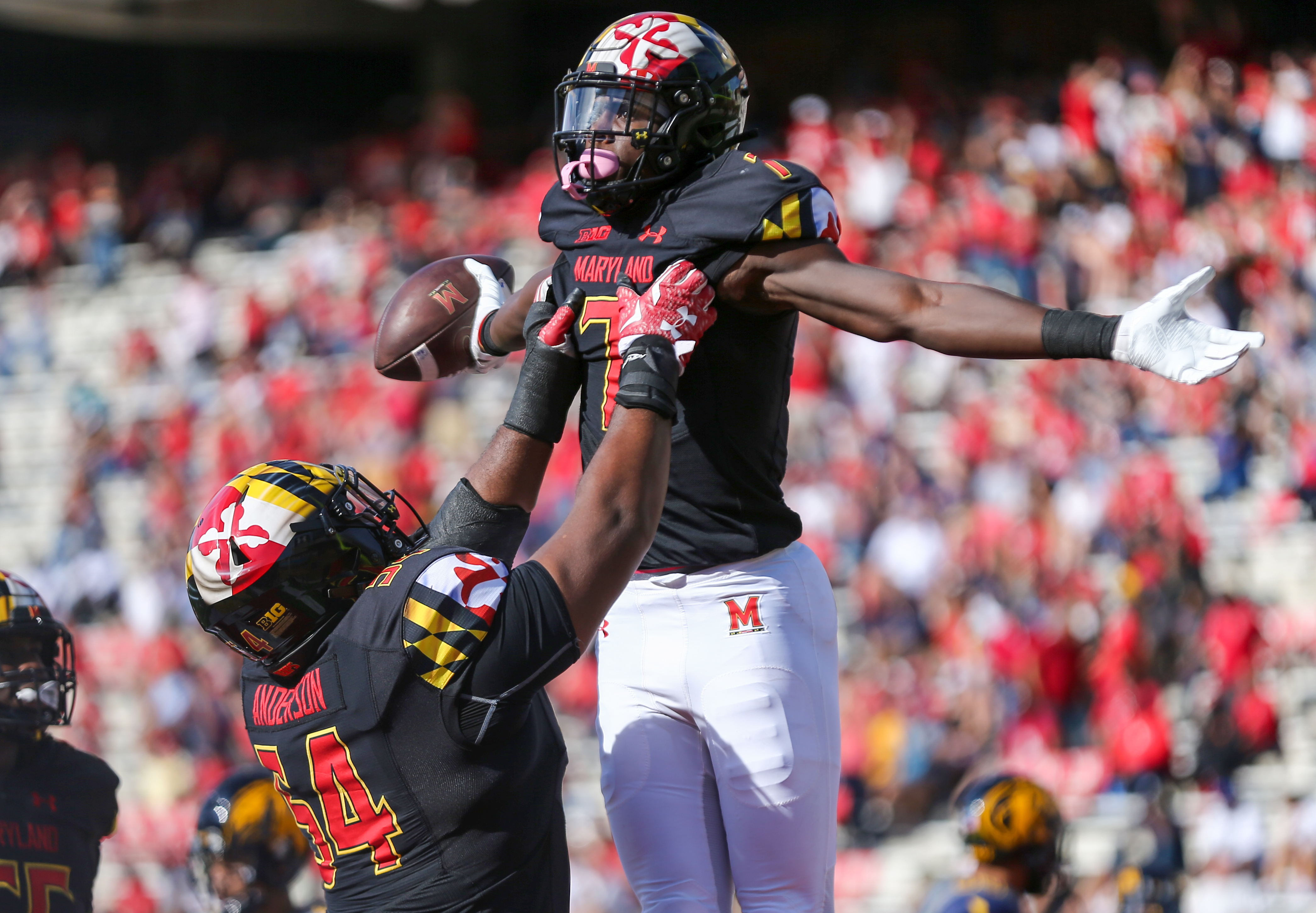 COLLEGE PARK—The Maryland Terrapins football team has started the season hot, winning their first three games, including a nailbiter against Illinois one week ago.

Maryland then hosted non-conference foe Kent State (1-3) of the MAC on Saturday afternoon, and while they weren’t perfect, the Terps were still able to seal a blowout victory by the score of 37-16, improving to 4-0.

Maryland’s offense got off to a rough start, as star quarterback Taulia Tagovailoa threw his first interception of the season, which eventually led to the Golden Flashes taking an early 3-0 lead on a field goal.

“We’re heading in the right direction,” said Maryland Terrapins Head Coach Mike Locksley. “We’ve got a locker room full of guys that are happy we won, but not happy with the way we played, and we know we can play better.”

However, the Terps shifted gears on their ensuing drive, as Tagovailoa connected with wide receiver Dontay Demus Jr. with a strike over the middle for the 33-yard touchdown to put the home team up 7-3.

“I’m just happy to see him have success in this offense,” Demus stated on Tagovailoa. “He’s putting in a lot of work. He’s putting in the grind time day in and day out on late nights and early mornings.”

After a Kent State field goal, Tagovailoa found wide receiver, Rakim Jarrett on the far side of the end zone for a six-yard score and his second touchdown pass of the day, extending the lead to 14-6 early on in the second quarter.

A couple of minutes later, Tagovailoa hooked up with Jarrett for a huge 64-yard gain, which set up a three-yard touchdown run by halfback Tayon Fleet-Davis (Potomac High School), improving the lead to 21-6.

Late in half, the Golden Flashes unveiled some trickery with a fake field goal that resulted in a touchdown, but the score was negated due to an offensive holding penalty.

With the score 24-9 early in the third quarter, Maryland’s offense drove 60 yards down the field on five plays, as Fleet-Davis scampered down the right sideline for a 29-yard touchdown, his second of the afternoon.

“I felt we played better in the second half,” said Locksley. “I thought our team came out, and we made so many adjustments, we brought a little more energy.”

For the most part, Maryland’s defense did its job by making crucial stops, forcing a turnover on a fumble recovery, holding Kent State’s offense to 4-of-16 on third down and 1-of-5 on fourth down, and sacking quarterback Dustin Crum five times.

The Golden Flashes’ lone touchdown came in the fourth quarter when Crum connected with wide receiver Dante Cephas for a 15-yard score.
One notable DMV athlete who started for Kent State was former Quince Orchard High School running back Marquez Cooper, who rushed for 48 yards on 13 carries.

As for the Terps, Tagovailoa had another terrific performance, finishing 31-of-41 for 384 passing yards and three touchdowns.

Fleet-Davis concluded the game with 60 yards on seven carries, while Demus was Maryland’s leading receiver with 108 yards on four catches.