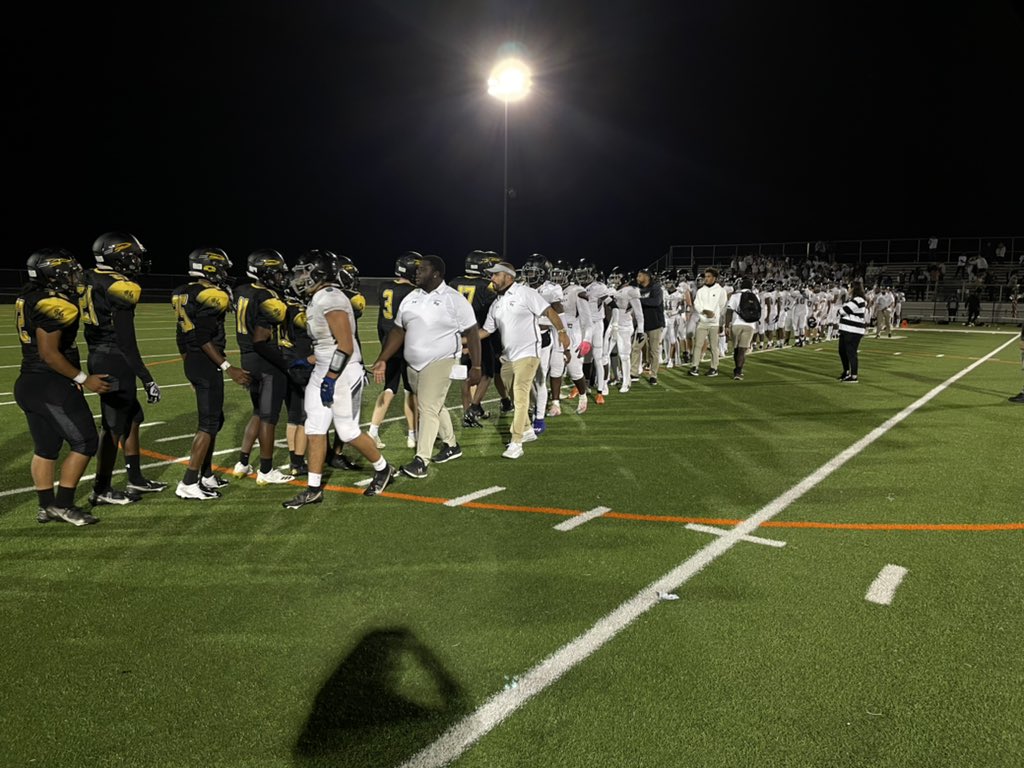 Against Richard Montgomery Friday night, the Jaguars kept its undefeated streak intact, defeating the Rockets in a 29-9 blowout victory.

“It feels really good,” said Hawkins. “They play hard each and every week, and they practice hard as well. They soak in all the knowledge that we give them throughout the week so that Friday nights can be easy.”

Northwest (4-0) started scoring midway through the first quarter when running back Jacob Arnold capped off a 49-yard drive with an 8-yard touchdown run.

The game remained close throughout the first half, with the help of multiple turnovers, including fumbles by both teams in a 15-second span and Richard Montgomery defender Cody Wyatt intercepting Northwest quarterback Darius Lorfils midway through the second quarter.

On the ensuing drive, Rockets quarterback Brady Goyne took a brutal sack that injured him and required him to be taken to the hospital. The game stopped for 20 minutes as emergency personnel treated Goyne.

Once the match resumed, Wyatt collected his second interception of the game, setting up a Rockets field goal to cut the deficit to 7-3 at halftime.

“Cody’s been chomping at the bit to get a chance to play,” Richard Montgomery head coach Randy Thompson said of Wyatt. “He had to go in there and play today. He’s a good, hard-nosed football player, and he was in the right place at the right time and made a play.”

Northwest unleashed their bag of tricks in the third quarter as Lorfils tossed the ball to wide receiver Antonio Berry, who launched a pass to fellow receiver Daryl Harper in the end zone for the touchdown to increase their advantage. The wide receiver pass, a play the Jaguars practiced Lorfils said, hit at the right moment.

“We’ve been running toss all night,” said Hawkins. “I felt like Coach [Chris] Samuels dialed up the perfect call to get the ball in the end zone.”

Northwest continued to excel on offense in the third quarter as Arnold found the end zone for a second time on a 4-yard carry, and with a successful two-point conversion, the Jaguars were up by 19.

“That’s really big,” Lorfils said of Arnold. “He’s been saying he wants a multi-TD game, and there you have it. The offensive line gave him a good push, and the rest is history.”

While Richard Montgomery (1-3) tried to mount a comeback, a second player, running back Ashad Brooks suffered an injury and needed to be taken to the hospital as well.

“We just kept pounding,” Lorfils said. “It was a dogfight first half. We regrouped, made some adjustments, and came out firing second half.”