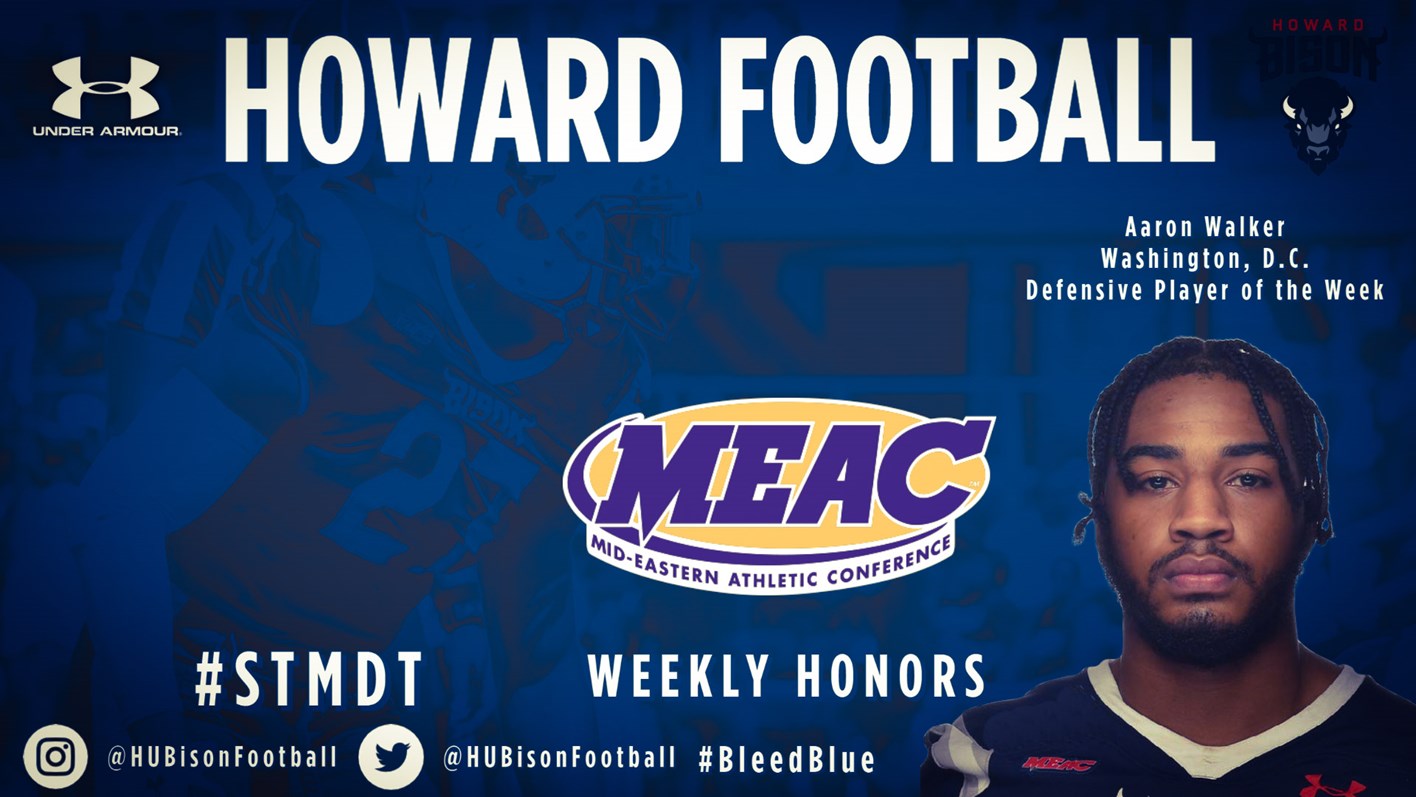 In Saturday’s contest (Sept. 25), the D.C. native tied a season-high eight tackles (seven solo) at Robert Morris. On the day, HU held the Colonials to only 146 yards in the air.

On Oct. 2, the Bison host Sacred Heart in their home opener at Greene Stadium. Kickoff is set for 1 p.m.