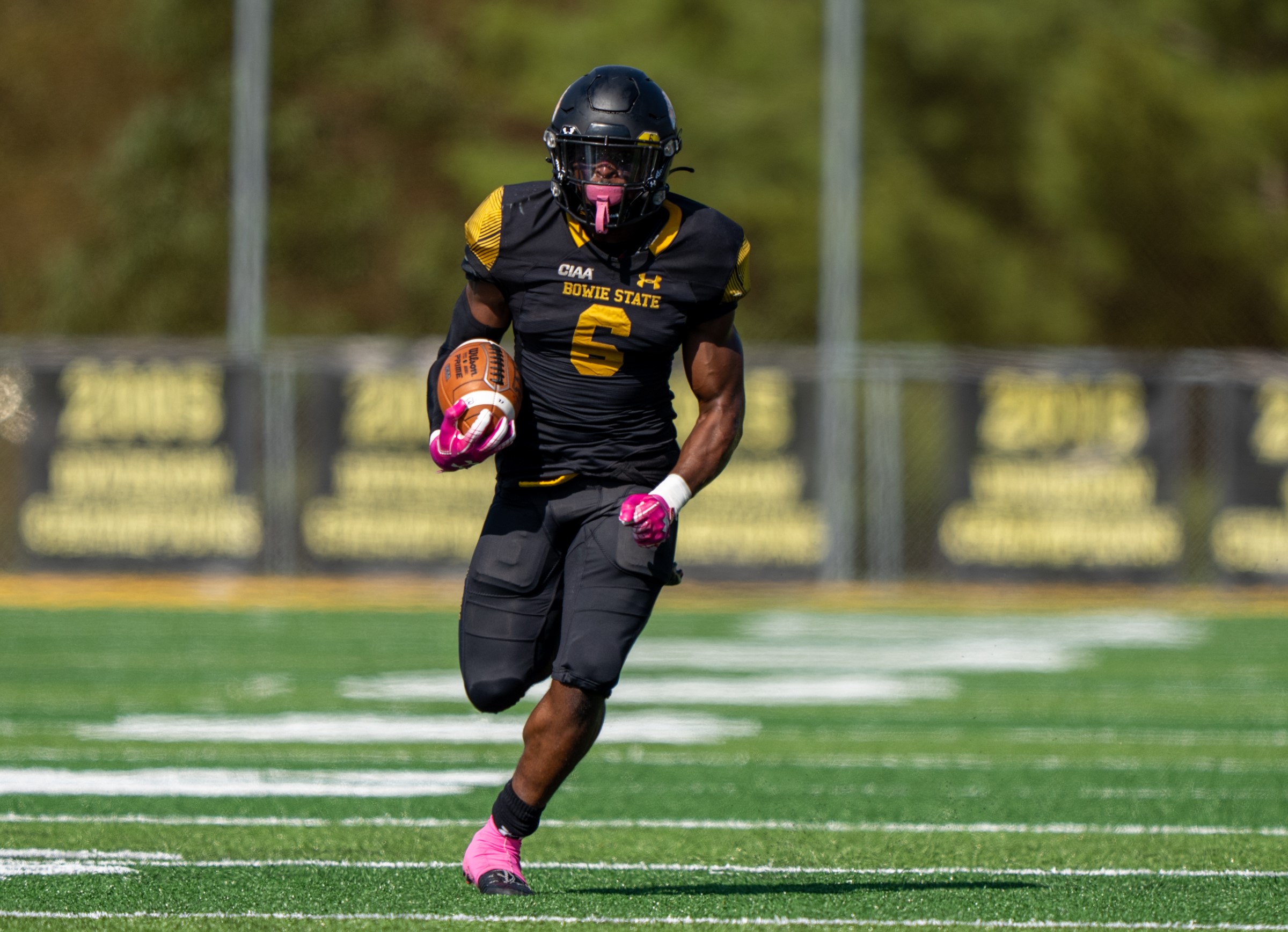 BOWIE, Md. – The No. 20 Bowie State Bulldogs team scored in three phases of the game in a 44-7 victory against Johnson C. Smith for their 2021 Homecoming game Saturday afternoon at Bulldogs Stadium.

As a team, BSU racked up 457 yards in total offense, highlighted by 270 rushing yards. Defensively, the Bulldogs recorded five sacks for 32-yards, two interceptions (57-yards) while scoring seven points off a turnover. Furthermore, BSU went 5-of-6 in extra point attempts on the day.

Sophomore receiver Quron Winder (Baltimore, MD) scored the game’s first touchdown after two minutes into the contest while on the next offensive drive, Johnson found redshirt sophomore and receiver Kwincy Hall (Washington, D.C.) for a 14-yard touchdown which provided the Bulldogs with a 14-0 lead early.

Wilkins broke away for a 47 yard rushing touchdown to start the second stanza before Winder scored his second score of the day from a 36-yard pass from Johnson to extend BSU’s lead 27-0 with 9:44 left. JCSU’s lone touchdown came on a 19-yard reception for Reggie Bryant that ended the first half with a 27-7 advantage in favor of Bowie State.

After a scoreless third quarter, the Bulldogs put up 17 points in the fourth including a 30-yard field goal from redshirt freshman punter Alen Omerhodzic (Bowie, MD), a 24 yard- reception TD for Bowman and a nine-yard scamper for redshirt sophomore receiver Christian Greaves (Silver Spring, MD) – his first of the season.

Bowie State returns to action next Saturday when the Bulldogs take on Chowan in Murfreesboro, N.C. Kickoff is slated for 1 p.m. at Garrison Stadium.