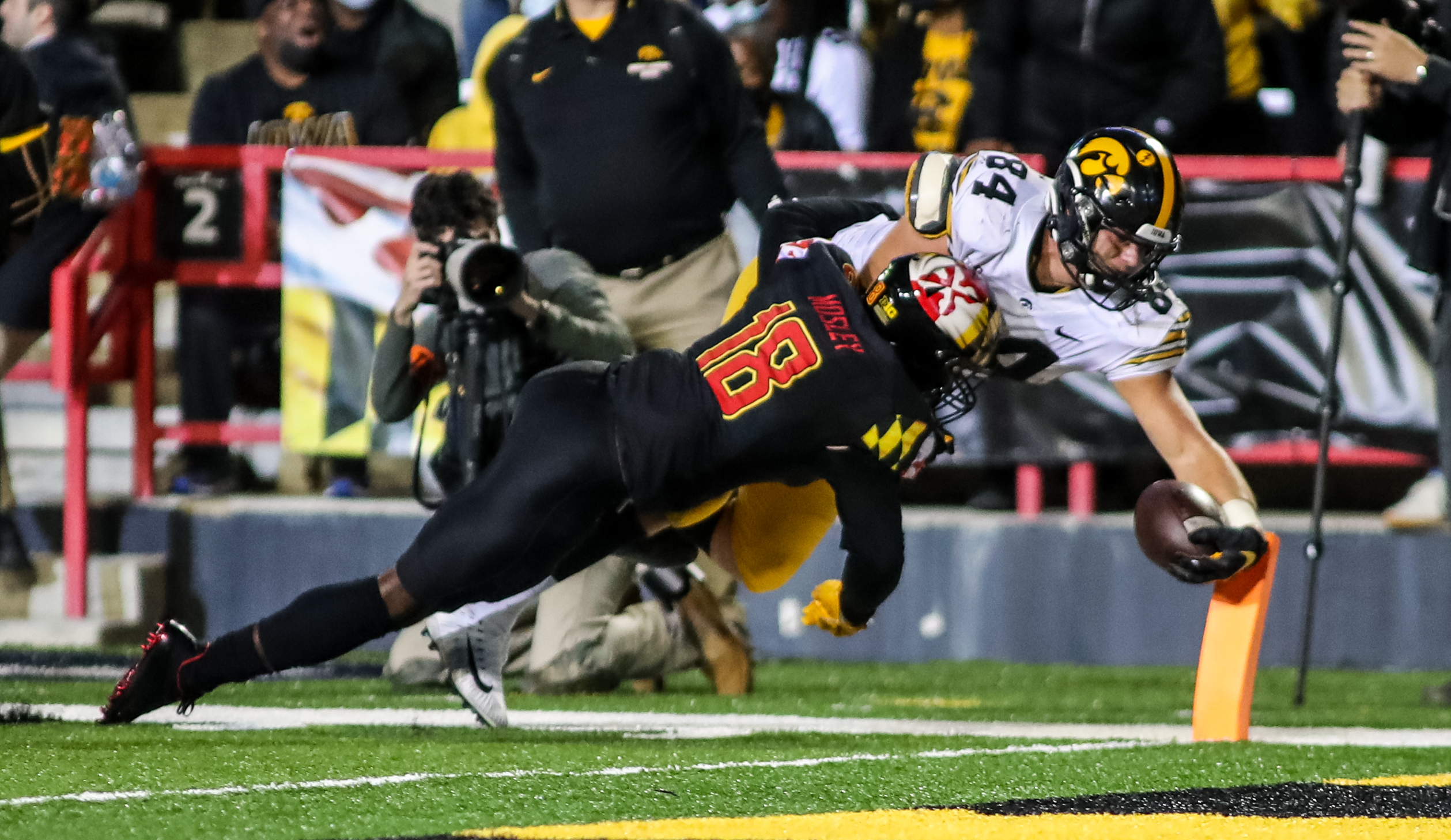 COLLEGE PARK – The University of Maryland Football team started the 2021 season playing exceptionally well by winning its first four games, including victories over West Virginia in the season opener and Illinois to open conference play.

But everything changed when the Terrapins hosted No. 5 Iowa, as they were no match for the Hawkeyes and turned the ball over seven times in a crushing 51-14 loss at home on Friday night.

“I’m disappointed for our fans, our supporters, and our team,” said Maryland head coach Mike Locksley. “I give Iowa credit. They’re a good football team. They took advantage of the opportunities we presented.”

Maryland has not beaten a ranked opponent since the 2007 season, and Friday night’s contest continued the drought.

Quarterback Taulia Tagovailoa had his worst performance of his Maryland tenure as he threw five interceptions after only being picked off once this season.

Tagovailoa threw his first pick in the opening quarter, but the Terrapins defense did enough to hold the Hawkeyes to just a field goal.

Maryland then drove 69 yards down the field on eight plays, as Tagovailoa connected with tight end Chigoziem Okonkwo for the 9-yard touchdown to take a 7-3 lead. It would be the only time the home team held an advantage.

Iowa eventually took back the lead on the ensuing drive with a 1-yard quarterback sneak by Spencer Petras that capped off an eight-play, 59-yard drive.

Things took a turn for the worse for Maryland on the ensuing kickoff as wide receiver Dontay Demus Jr. fumbled the ball and turned it over while also suffering a right leg injury that required him to be stretched off the field.

“He’s the best player on our team,” said Okonkwo. “This more so hurts me for him knowing how great of a season he’s been having so far.”

The Hawkeyes took advantage of the turnover with an 8-yard touchdown pass to receiver Arland Bruce IV to extend the lead to 17-7.

In the first play of their ensuing drive, things got worse for Maryland’s offense as Tagovailoa threw his second interception, which led to another QB sneak touchdown from Petras to make it 24-7.

Tagovailoa threw another pick on Maryland’s next drive, and Iowa responded with a two-yard touchdown run from fullback Monte Pottebaum to take a 24-point lead.

With a score of 34-7 to start the second half, Petras connected with running back Tyler Goodson, who raced past defenders for the 67-yard score for the Hawkeyes.

The Terrapins’ offense showed signs of life midway through the quarter with an eight-play, 75-yard drive, which resulted in Tagaovailoa finding wide receiver Rakim Jarrett for the 7-yard touchdown.

Iowa added one more score early in the fourth quarter when Petras connected with receiver Tyrone Tracy Jr. for a seven-yard score.

The Terps defense could not get a hold of Petras, as he finished with 259 yards and three touchdowns on 21 of 30 passing.

“We’re not going to let one game define us,” said Locksley. “But what we’ve got to do is wonder how those mistakes happened.”

Maryland will look to get back on track when they visit Ohio State in Columbus next Saturday, Oct. 9, at noon.