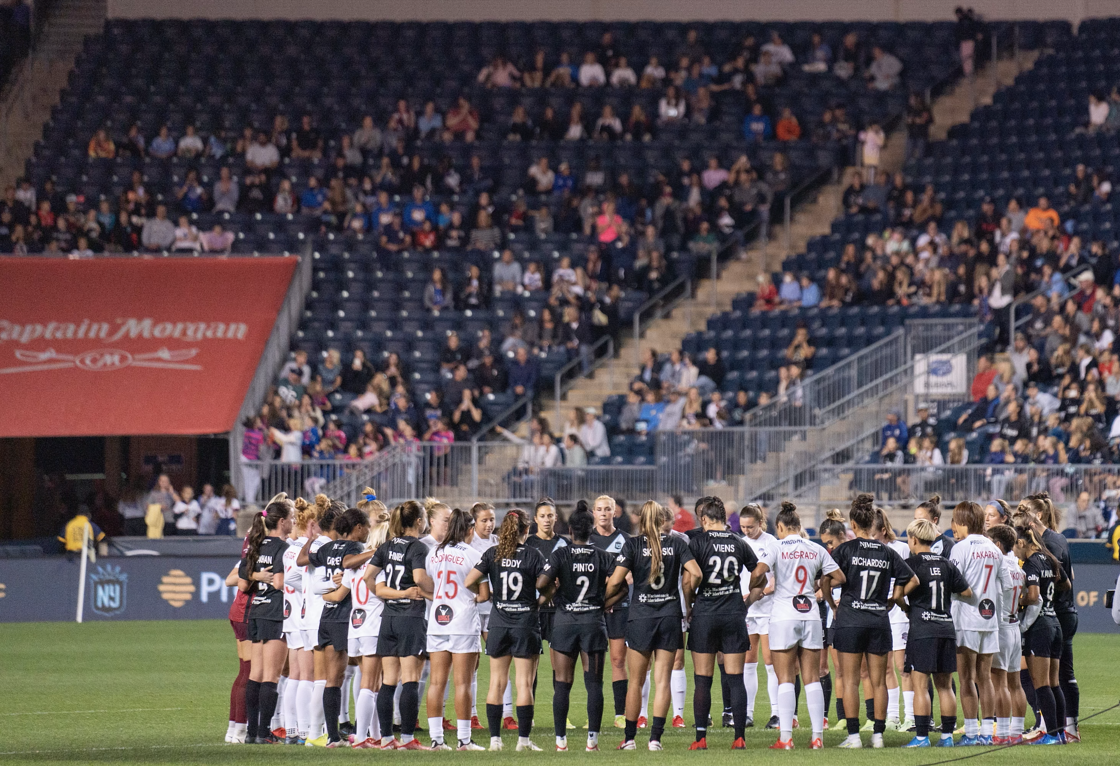 WASHINGTON – Hours after Washington Spirit part-owner Steve Baldwin resigned CEO and managing partner, players responded by demanding that he sell his stake of the team.

Their statement, posted late Tuesday night on each player’s social media pages, said Baldwin stepping down from his day-to-day roles was not enough to meet their demands sent to him in a letter days earlier. The players called for him to sell the club to co-owner Y. Michele Kang.

“We are disappointed and frustrated that we received no direct response from you to our letter or even an acknowledgment that you received it,” the statement said. “We have shown incredible restraint by not commenting publicly on all the infractions committed by the club and abuse we have experienced. We were open and honest with you after holding our voices for a long time.”

Baldwin’s resignation was announced earlier Tuesday morning via a statement posted on the team’s Twitter page. He said he was committed to improving the club’s culture and returning the focus to contending for a championship. Team president Ben Olsen will have complete control of the club’s operations going forward.

“I have no doubt made some mistakes, but my efforts and focus were always on building a professional experience for our players, the club’s profile, and the beautiful game in the DMV,” Baldwin said. “I hope that stepping back removes me as a distraction and allows the club to thrive.”

A report by The Athletic revealed that Kang made an offer to purchase the team, but Baldwin refused and is considering selling the club to an owner that will move it outside of D.C. When asked about the report after the Spirit’s match against Racing Louisville Saturday, goalkeeper Aubrey Bledsoe said the players are determined to stay in the District.

“We made that very clear statement, and unfortunately, I don’t think Steve is going to honor our request,” Bledsoe said. “He says that he puts the players first, but I don’t know how he can do that when there’s a chance that we would be moving. So, that is not at all what this team wants. We want to stay here in this city. It’s a great city; they deserve a club, and we have a suitable path forward.”

In the story’s aftermath, Riley was fired from his position with the Courage and had his coaching license suspended by U.S. Soccer. NWSL Commissioner Lisa Baird and general counsel Lisa Levine also stepped down following the controversy. The report also led to the cancelation of last week’s matches.

As matches returned Wednesday, players in all three games, including the Spirit’s match against NY/NJ Gotham, gathered in the middle of the field for a moment of solidarity with the two former Portland players during the 6th minute of the match.

Before the Riley situation, the Spirit faced its own controversy as former head coach Richie Burke was suspended following accusations of verbal abuse towards players. An NWSL investigation, which finished in late September, fired Burke “with cause” and banned him from coaching in the league.

The investigation also found the club created a toxic work environment. As a result, spirit ownership was fined and banned from league matters for 14 days.

The players’ push to replace Baldwin has received support from its fans and those outside the club. The Spirit Squadron, the team’s official supporters’ group, called for the team’s sale following reports of Burke’s treatment and ownership’s response.

Players and coaches of MLS side D.C. United released a statement of support for the Spirit players before Saturday’s match.

Baldwin reportedly owns a 35% while former majority owner Bill Lynch still maintains a 30% interest. Kang, who came into the ownership group late last year, owns 35% but has no decision-making powers. Following his purchase in 2019, Baldwin said then that any profit made from the sale of the Spirit would be donated to the Maryland Soccer Foundation.

The Sports Pulse’s José Umaña contributed to this report.