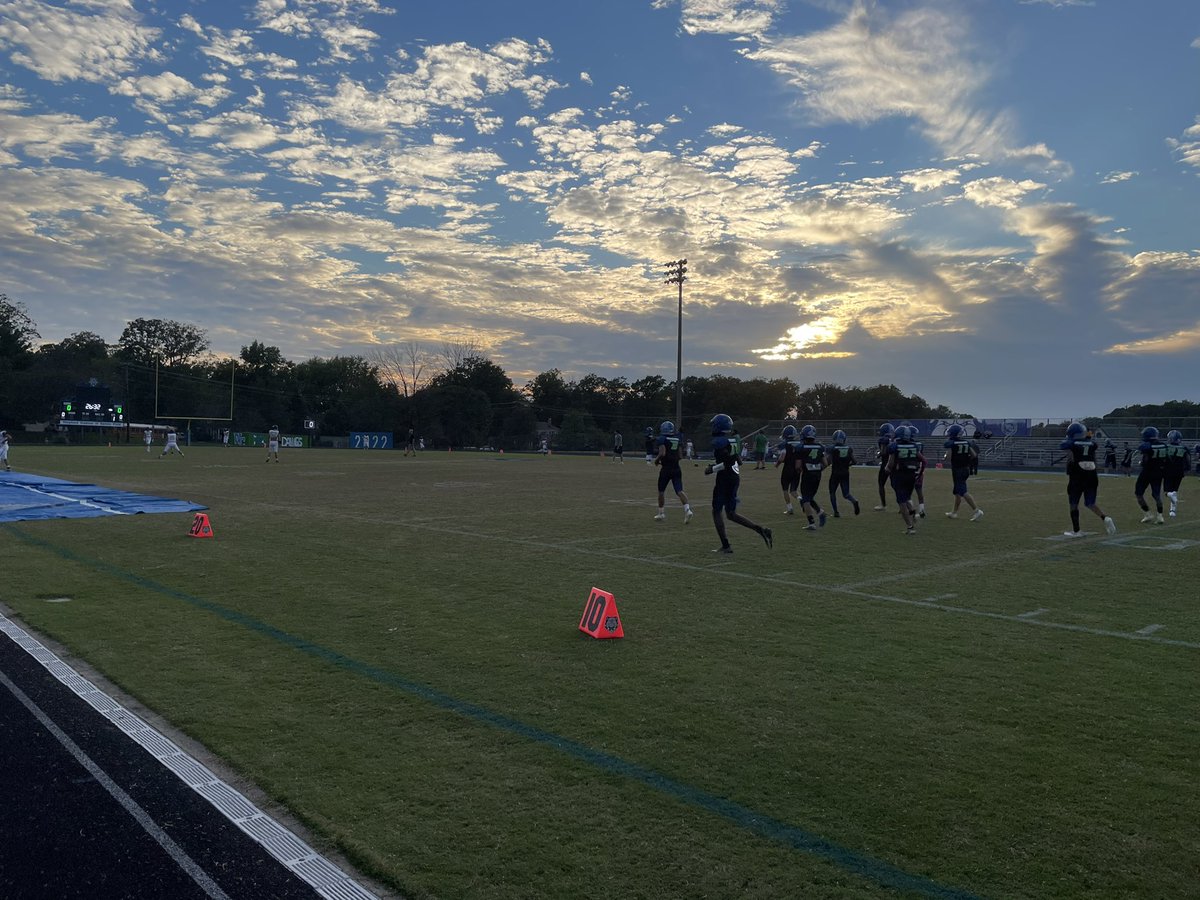 Against Poolesville Friday night, the Bulldogs continued their winning ways, holding off a Falcons’ comeback in a competitive contest to celebrate homecoming weekend with a 34-20 victory.

“I’m so happy for these kids, these seniors,” said Bulldogs head coach Joe Rydzewski. “They had that year where we were off. 10th-grade year didn’t go very well. I’m just happy for them.”

Churchill scored first late in the first quarter when quarterback Jaden Selby fired a deep pass to wide receiver Jamie Calhoun for a 70-yard touchdown. Poolesville (4-3) responded with a 5-yard quarterback sneak by Ashton Gaddis midway through the second quarter.

The Bulldogs capitalized off a fumble recovery as Selby found Calhoun again, this time in the corner of the end zone for an 8-yard score to take a 14-7 lead at halftime.

Early in the third, Churchill once again pounced on a fumble recovery turnover, scoring off a third Selby-to-Calhoun connection from 38 yards out for another touchdown to extend the lead to 20-7.

After a Bulldogs interception later in the quarter, running back Bryce Wilson ran in a 19-yard scamper to extend their expanding lead even further.

However, Poolesville didn’t give up. Instead, the Falcons slowly clawed their way back as Gaddis connected with wide receiver Logan Marsh for a 60-yard touchdown to cut the deficit by two scores. Despite Churchill scoring again, Gaddis kept fighting back, finding Marsh again for a 70-yard score midway through the fourth quarter.

“He was a warrior out there,” Nazzaro said about Gaddis. “He was running; he was throwing. We had some turnovers, but we’re trying to force some things late in the game, trying to get back to it.”

Poolesville tried two more chances to cut the deficit, but Churchill’s defense stopped those drives to hang on for its sixth straight victory. Selby, who finished with four passing touchdowns, said it was great to earn another win, especially on homecoming weekend.

The Bulldogs’ defense finished with six takeaways, including four interceptions and two fumble recoveries. Despite their turnover success, Rydzewski said the unit still needs to improve after surrendering 20 points.

Next week, Churchill takes on Richard Montgomery at home with its winning streak on the line while Poolesville hosts Kennedy.

“We’re excited,” said Rydzewski. “We’re going to get our team ready. Richard Montgomery is the best three-win team in the country, and I’ll say that over and over.”