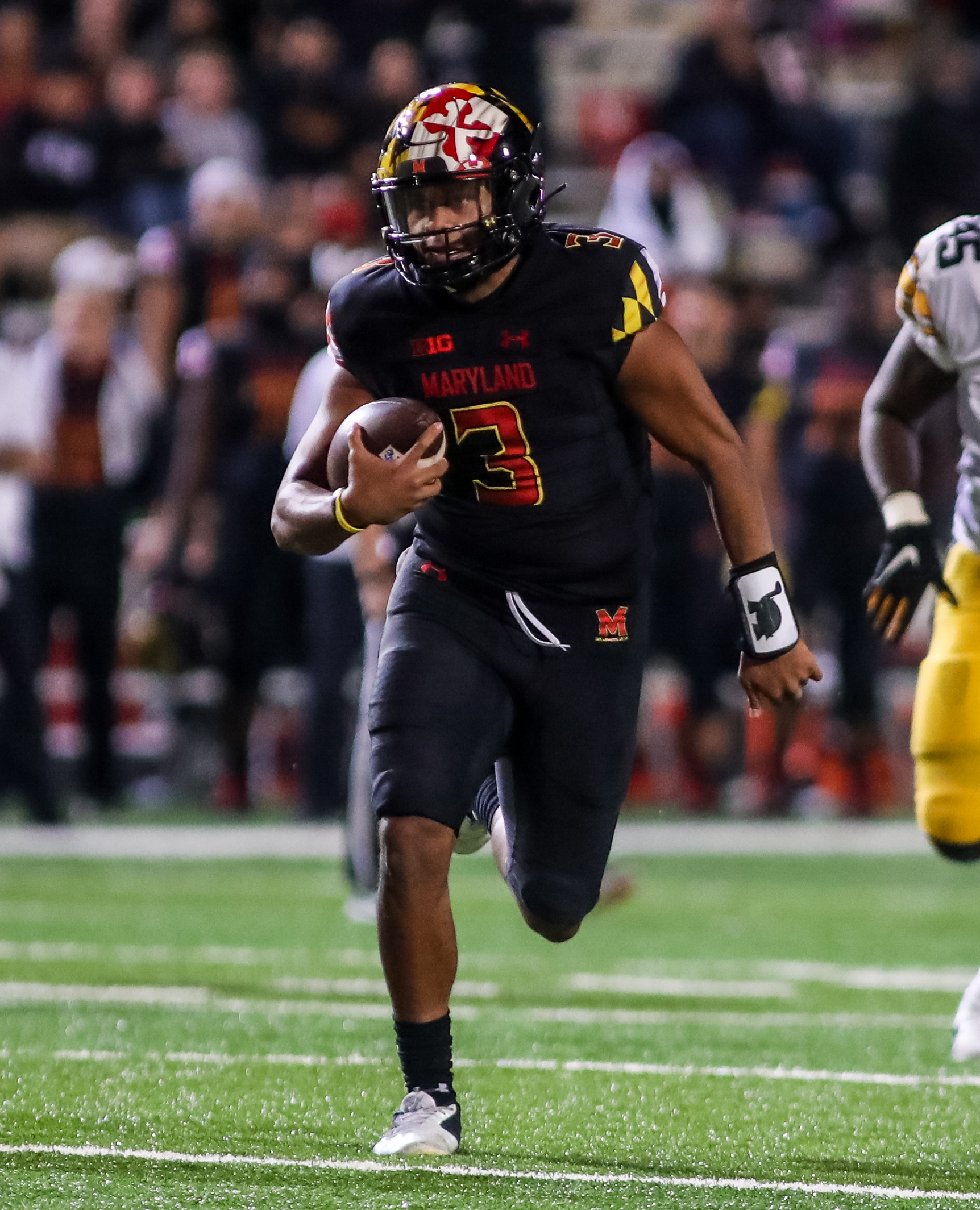 COLLEGE PARK – After snapping a three-game losing skid the previous week against Indiana, the University of Maryland football team looked to keep their winning ways intact at home against Penn State.

However, the Terrapins were no match for the Nittany Lions and Jahan Dotson in a disappointing 31-14 loss Saturday afternoon.

The senior wide receiver was too much for Maryland’s defense to handle with 11 catches for 242 yards and three touchdowns, while Penn State quarterback Sean Clifford threw 27 of 47 for 363 passing yards and three scores. Meanwhile, the Terrapins were abysmal on third down, as the offense converted 4 of 15 attempts, while the defense allowed 10 of 18 conversions.

Despite its struggles, Maryland only surrendered two touchdowns and was down by eight points heading into the fourth quarter.

“Felt like we had plenty of opportunities to win the game today,” said Maryland head coach Mike Locksley. “We just continue to make mistakes in the most opportune times.”

Midway through the first quarter, Penn State struck first when Clifford connected with Dotson for the first time on a 38-yard touchdown that capped off a four-play, 75-yard drive.

Early in the third quarter, Penn State drove 95 yards down the field on 14 plays, capped off by Clifford finding Dotson again for a 21-yard touchdown to give the visitors a 14-6 lead.

On the next possession, Maryland only needed six plays to get in the red zone. However, a fumbled snap resulted in a loose ball recovered by the Penn State defense.

The Terrapin offense finally found the end zone when quarterback Taulia Tagovailoa found tight end Corey Dyches for a 13-yard touchdown. A pass to tight end Chigoziem Okonkwo converted the 2-point conversion for Maryland, tying the game at 14 early in the fourth.

On Penn State’s ensuing possession, Clifford passed to Dotson on a slant route, and the wide receiver broke free for an 86-yard touchdown, his third of the day, to give the visitors a 7-point lead.

“He ran slant routes for about 242 yards against man coverage,” Locksley said about Dotson. “He’s a big-time player who made plays that were available to him.”

Down 10 following a 24-yard field goal, Maryland tried to claw their way back during a nine-play, 75-yard drive, thanks to some key passes and a few penalties in its favor.

However, on 2nd and 3 at the Penn State’s 13-yard line, safety Ji’Ayir Brown intercepted a Tagovailoa’s pass and took it back 87 yards for a touchdown, sealing the game.

“Those last final minutes, those guys gave me a chance,” Tagovailoa, who went 41 of 51 for 371 passing yards and one touchdown pass, said. “They gave us a lot of opportunities. [I] Tried to make it a one-score game. That’s my fault. Trying to do too much.”

Next up, Maryland will have a tough matchup when they head to East Lansing to face No. 3 Michigan State.