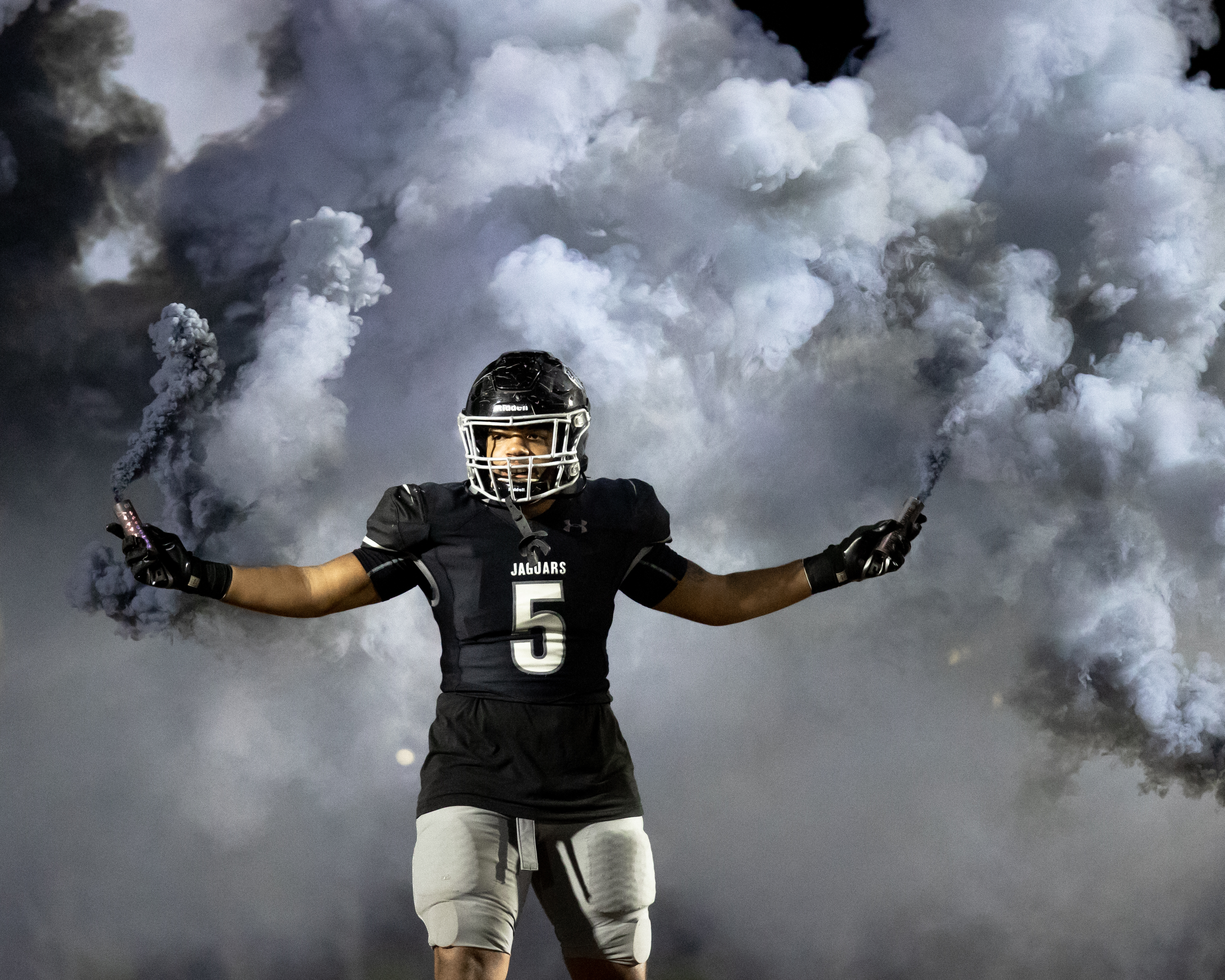 GERMANTOWN – No. 2 Northwest High School proved once again why they are considered one of the best football teams in the state with a 42-6 blowout victory over No. 3 Churchill in the second round of the Maryland 4A West high school playoffs Friday night.

After winning its first playoff game in 10 years, Churchill looked poised to compete against one of Montgomery County’s best. However, four touchdowns by quarterback Darius Lorfils, three coming off of passing plays, proved to be too much for the Bulldogs to handle.

“It feels good,” said Northwest head coach Travis Hawkins. “I feel like they had a great week of practice and preparation, and we came out here and handled business.”

Northwest scored first when Lorfils kept it himself for a 6-yard touchdown run. Later on, the senior found tight end Marcus Middleton for a 42-yard score, extending Northwest’s lead to 14-0 early in the second quarter.

“He played well,” Hawkins said. “He’s a leader, and we count on him week in and week out to go out and get the job done if he’s our quarterback or on defense.”

After Churchill’s shanked punt gave the Jaguars good field position, Lorfils continued his dominance over the air, connecting with Daryl Harper for the 27-yard touchdown to increase their lead. When asked about scoring the touchdown, the senior wide receiver said after years of playing together, their connection perfected itself.

“I feel good getting passes from my Little League teammate,” said Harper.

Before halftime, Lorfils tossed a fade pass to wide receiver Peter Kikwata in the corner of the end zone for a 3-yard score and Lorfils’ third passing touchdown of the night, giving Northwest a commanding 28-0 lead.

“[Offensive coordinator Pat O’Donnell] was just telling us to play hard, focus up, and be physical,” said Lorfils. “I think our offensive line did a good job being physical at the point of attack.”

“They’re just extremely talented,” said Bulldogs head coach Joe Rydzewski. “We knew it was going to be tough. We thought maybe if we caught them early, it would be a game. But we knew that they’re really good.”

Early in the third, Jaguars wide receiver Devon Anderson raced 47 yards for another Northwest touchdown. However, Churchill ended the hopes of a shutout once quarterback Jaden Selby connected with running back Bryce Wilson for a two-yard score, but the 2-point conversion was unsuccessful.

With the backups entering the field, Northwest quickly responded as quarterback Patrick Doyle found Harper downfield for a 53-yard score to cap off the victory.

For Churchill, the loss was the last high school game for its seniors, including Selby and Wilson. Rydzewski, who took over the program in March 2020, called his group of upperclassmen a “great group of kids” that helped exceed the team’s expectations with an unexpected playoff run.

“We definitely did not see ourselves playing to possibly go to the Final Eight in the state of Maryland at Northwest,” said Rydzewski. “We didn’t think that could be possible.”

Meanwhile, Northwest moves on to face Paint Branch, who is on a seven-game winning streak. For Hawkins, the priority will be preparing his Jaguars for the challenge.

“It’s all about what we do and not about what another team does,” said Hawkins. “We execute at a high level for four quarters, and I feel like we have a chance to continue on the road to the state championship.”