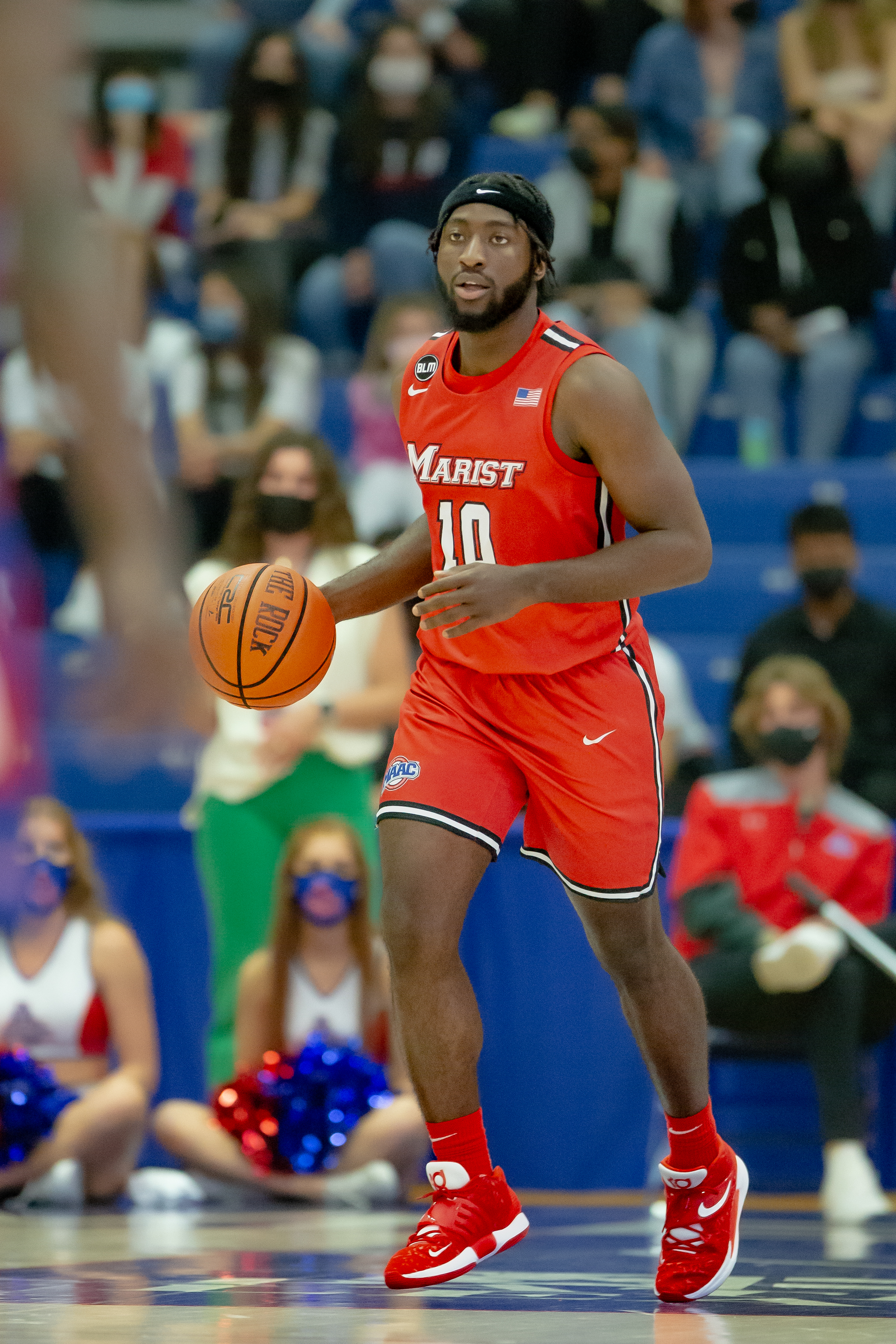 Ituka, a freshman, was a three-year varsity starter for the Gaithersburg High School basketball team from 2018-2020.

Against American, the Maryland native scored four points on 2 of 4 shooting attempts and had two rebounds and one steal for the Red Foxes in a nail-biting 77-73 loss in overtime.

“It was surreal when we were driving up here, and I saw Baltimore and stuff,” said Ituka. “I started to get low-key emotional because I haven’t been out here in a minute.”

Though he was a starter in high school, Ituka spent most of his first college hoops game in a substitute role. However, the former Gaithersburg guard said he understands that he needs to continue improving and taking advantage of the opportunities presented. A week after the American game, Ituka scored a career-high 13 points in a loss against Princeton.

“Coming from high school, I’m not used to being out of the game when I’m at it the most,” said Ituka. “But it just means that I’ve got to work more and to be trusted to be out there.”

Throughout his tenure with the Trojans, Ituka helped guide the team to 56 wins, three division titles and a regional championship in 2018. He scored 1,640 points and averaged 8 rebounds per game. Off the court, he was an honor roll student for three years.

Ituka’s favorite moments at Gaithersburg include winning the regional championship and scoring 1,000 points.

“Those are just great moments that you can never forget,” said Ituka. “I’m going to miss those moments, but I’m here now, and I’m ready to focus on college. Just getting myself ready for the next level.”

Ituka’s stellar play on the court earned him multiple local accolades, including Montgomery County Sentinel Player of the Year in 2018-19 for averaging 24.6 points per game and scoring his 1,000th point.

In 2019-20, he was named Montgomery County Player of the Year for notching 26 points, 10 rebounds and 4 assists per game. In addition, the Washington Post listed Ituka on their All-Met Teams in three straight seasons, including Third Team honors in 2020.

After MCPS canceled fall and winter sports in his senior year due to the COVID-19 pandemic, Ituka transferred to the Putnam Science Academy, a boarding school in Eastern Connecticut.

Ituka settled on Marist out of all colleges after the coaching staff expressed a clear interest in adding him to its roster.

“I felt that it was the best fit for me to learn and be able to play and grow as a player,” said Ituka. “I’m getting better every single day, so that’s all that matters.”

Since starting life at the New York-based university, the cold weather has been one of the most significant adjustments for the Gaithersburg alum.

“Just being bundled up all the time and making sure that I’m warm,” said Ituka. “But it’s all right. It’s good.”

“It was nice to see all the people that came out to support,” Ituka said. “It just fueled me on the court. It made me happy.”