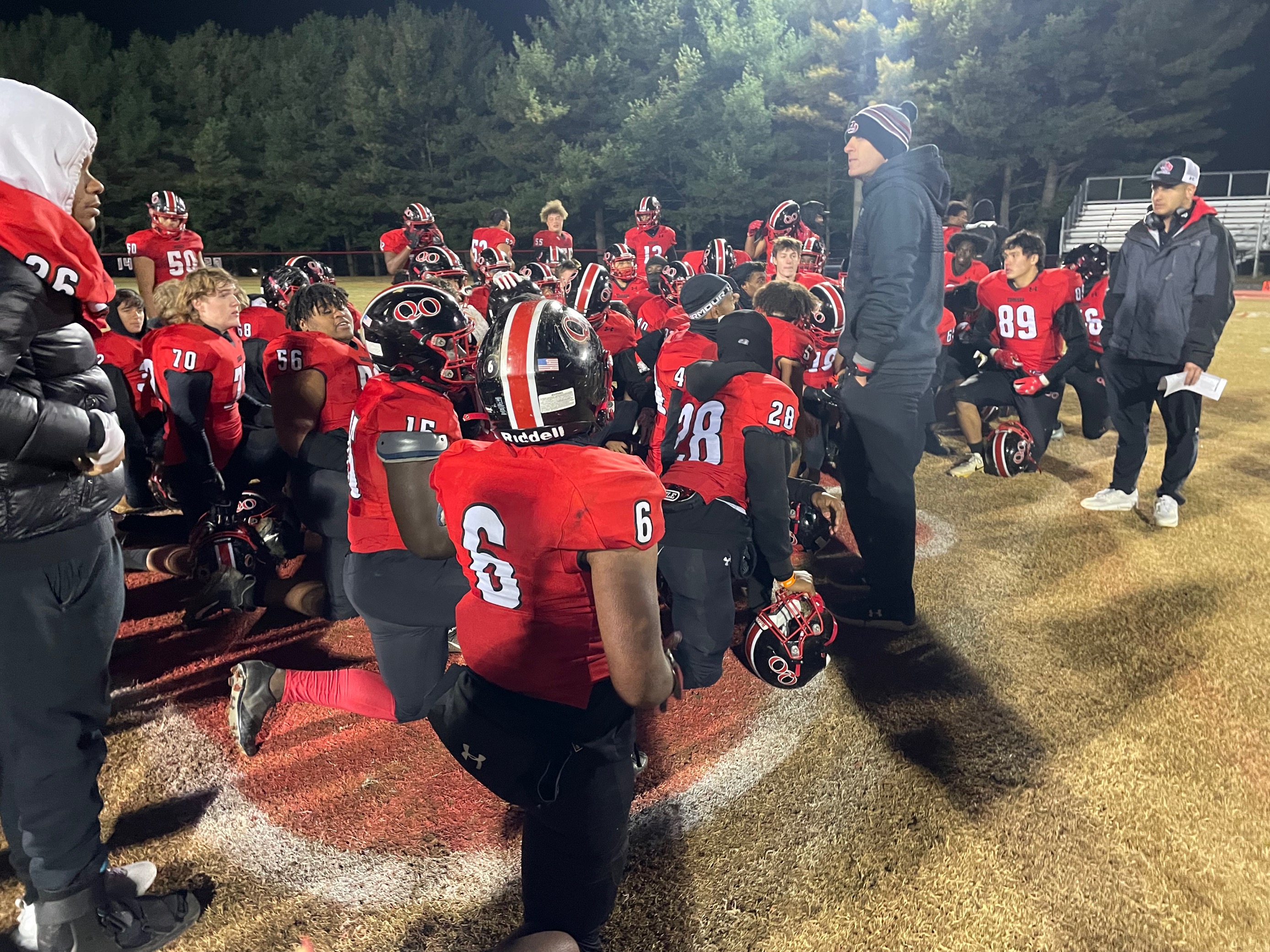 QO Too Much For Old Mill

GAITHERSBURG — Ten years ago, the Quince Orchard High School football team faced Old Mill in the Maryland state championship, with the Cougars losing a heartbreaker after blowing a lead.

Both schools met up again on Friday night in the 4A state quarterfinals; However, this time was a different story. The No. 1 seed (QO) came out on top for a dominant 41-6 victory over the No. 8 Patriots to continue their undefeated season.

“It was a very disappointing, tough loss,” said Cougars head coach John Kelley, who was a defensive coordinator at the time. “But it was good to win tonight.”

QO looked solid in the first quarter, taking a 10-0 lead, thanks to a 31-yard field goal made by Sam Smith and a 67-yard touchdown run by running back Steven Sannieniola.

“We had a great week of practice,” said Sannieniola, a Vanderbilt commit. “Our coaches had a wonderful game plan and just executed. We did our jobs.”

Another Cougar running back who got some action was Iverson Howard, who scampered 28 yards into the end zone for the touchdown that extended the lead to 17-0 midway through the second quarter.

Old Mill did end the shutout late in the first half when quarterback Myles Fulton connected with wide receiver Donte Craggette-Drake for a 12-yard score, but the extra point was blocked, keeping it 17-6 at halftime.

The Cougars defense also stepped it up big time, as defensive back Martavian Davis intercepted Fulton’s pass in Patriots territory, setting up Sannieniola for a 7-yard touchdown and his second touchdown run of the night to extend the rout to 24-6.

With the score 27-6 late in the third, QO unveiled their bag of tricks as the offense ran a reverse play with wide receiver Donovan Brown scoring on a 39-yard run to the end zone, extending the lead to 34-6.

“Nothing serious,” said Brown. “Felt like a regular game, and it was more like the first two games were tight. They were just in our way, so we did what we had to do to get our win today.”

But the Syracuse commit wasn’t done, as Brown made a tremendous defensive play by intercepting Fulton’s pass and returning it 30 yards to the house, sealing the victory.

“I had nothing on my mind but scoring,” said Brown. “I was kind of frustrated during the game. But we played it through and did what we had to do.”

“He played great,” Kelley said about Brown. “It took until later for him to make some big plays, trying to get him the ball some other ways, but when he had chances, he made some plays.”

The Cougars advance to the state semifinals, as they will host rival Northwest in a rematch of October’s contest where QO shut out the Jaguars 31-0.

“We already know who we’re playing,” said Sannieniola. “Not going to say too much on it, but it’s going to be a show.”