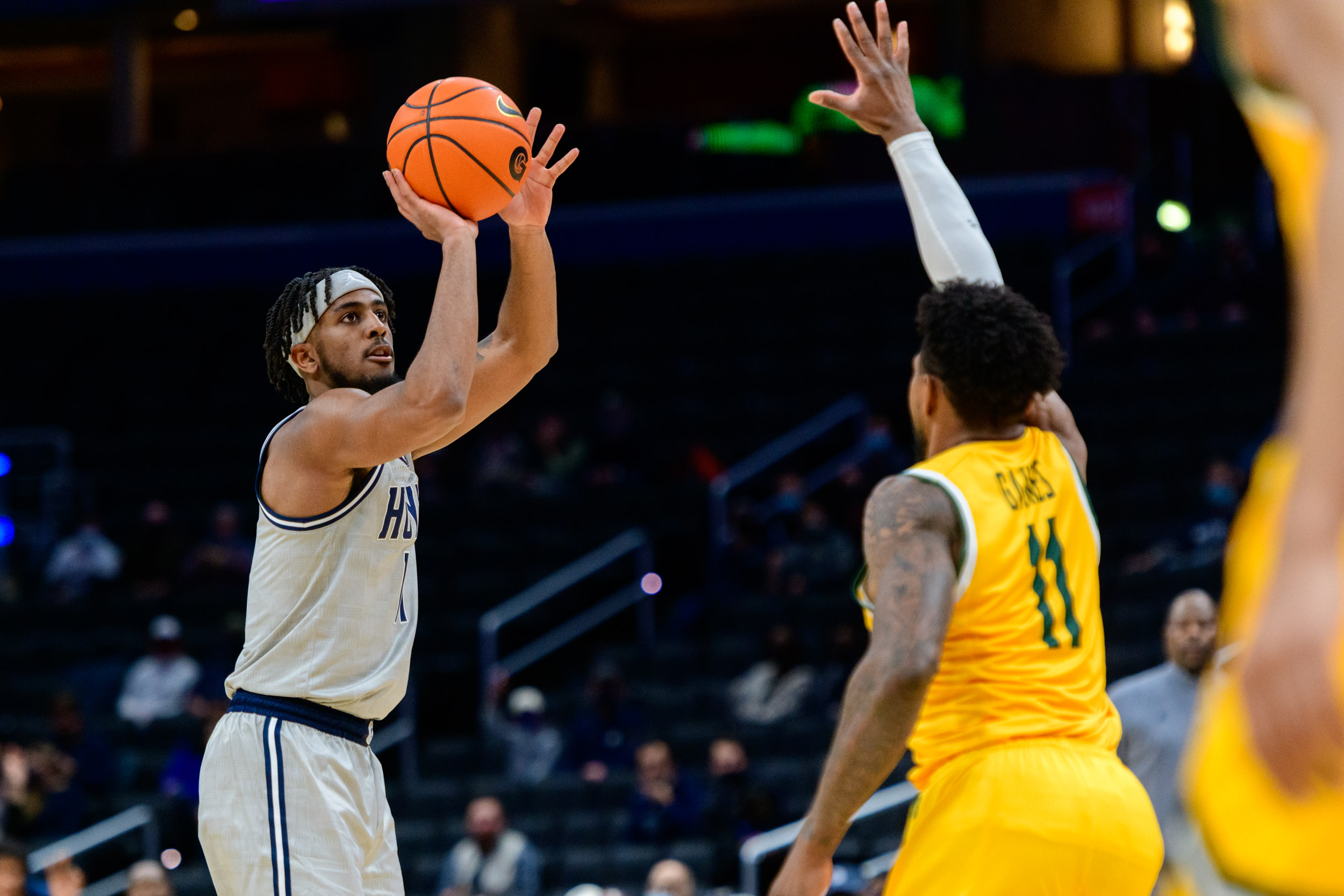 WASHINGTON – The Georgetown men’s basketball team finished off a season-opening three-game homestand with a strong showing over Siena, leading to a resounding 83-65 victory Friday night.

“I knew my teammates were going to get me the ball at the right spots at the right time, and my job is just to simply knock it down,” said Rice. “I think they did a good job of finding me today. The game plan worked to perfection.”

Rice and Carey are the first pair of 20-point scorers for Georgetown since Dante Harris and Jahvon Blair achieved the same feat against St. John’s last December, where they dropped 22 and 20 points, respectively.

Carey, who formerly played at Siena as a freshman, went 7 for 9 from the floor for his 20 points in the Hoyas’ second win of the season after losing their season opener against Dartmouth.

“We fought for everything that we got,” Georgetown head coach Patrick Ewing said. “We were able to make shots tonight that we didn’t make against Dartmouth, but it’s still a work in progress.”

Georgetown jumped out to a quick start with a 10-2 run, thanks to a pair of 3-pointers from Harris. Siena (0-4) cut the lead down to two points following an 11-5 run of their own, led by senior forward Jackson Stormo, who finished with a double-double performance for the Saints of 25 points and 11 rebounds.

The Hoyas defense quickly stopped Siena, forcing three turnovers, which resulted in eight consecutive points in two minutes to give Georgetown a 44-34 lead at halftime.

Both teams exchanged points in the opening minutes of the second half, but a 3-pointer by Carey broke off another 8-0 run for the Hoyas. Added contributions from Harris (14 points) and freshman Aminu Mohammed (11 points) grew Georgetown’s lead as much as 21 points as the game became out of reach for the visiting Saints.

Ewing said that Georgetown’s upcoming schedule would set the tone for the rest of the season, including its upcoming Big East schedule. Next up, the Hoyas head to Anaheim, California, at the Paycom Wooden Legacy tournament to face San Diego State on Thanksgiving Day.

“All these games are all to get us ready for and prepare for the Big East,” Ewing said.