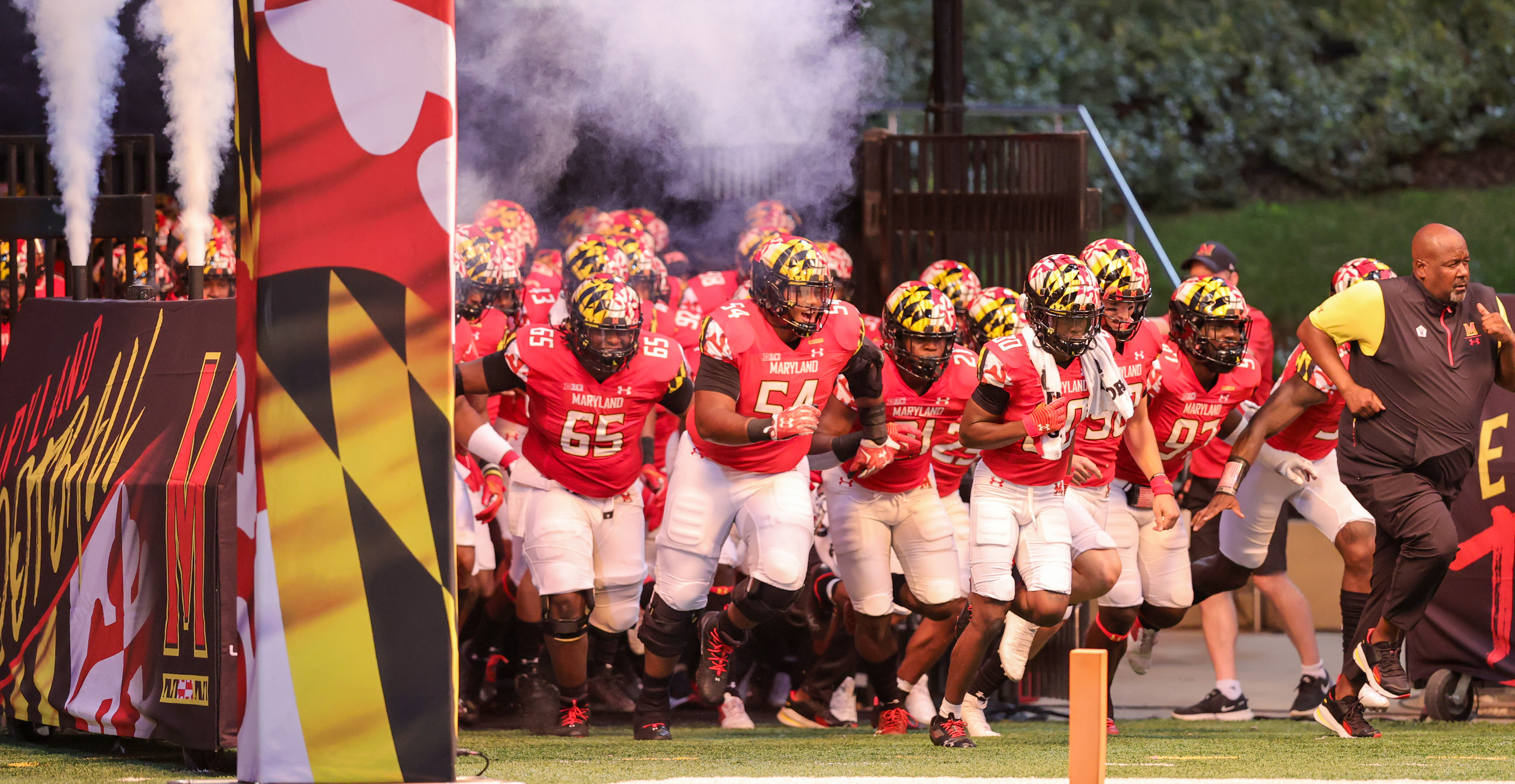 COLLEGE PARK – The University of Maryland football team honored their seniors Saturday afternoon, as the Terrapins hoped to celebrate with an upset victory over No. 6 Michigan.

However, Jim Harbaugh’s squad proved too much, as the Wolverines earned a dominate 59-18 blowout victory over the Terrapins Saturday. Quarterback Cade McNamara had himself a stellar performance for Michigan (10-1, 7-1), passing 21 of 28 for 259 yards and two touchdowns.

Meanwhile, Maryland’s offense was contained within its own territory, only crossing the 50-yard line five times. The Terrapins (5-6, 2-6) will need to win at Rutgers in their regular-season finale to become bowl eligibility for the first time since 2016.

“Credit to Michigan for the way they played,” said Maryland head coach Mike Locksley. “We just weren’t good enough today. Disappointed for our 25 seniors that we honored today.”

Michigan’s scoring run started midway through the first quarter, where McNamara connected with tight end Luke Schoonmaker for a 2-yard touchdown. The Wolverines extended the lead later in the quarter as they drove 45 yards down the field on eight plays, resulting in a 1-yard rushing touchdown by running back Hassan Haskins.

The Terrapins offense had a chance to cut the deficit early in the second quarter, but their 17-play, 68-yard drive only resulted in a Joseph Petrino 31-yard field goal.

“They’re Top 10 for a reason,” Maryland wide receiver Carlos Carriere said. “Takeaway is that we just work on what we can work on and control what we can control.”

On the ensuing kickoff, the Wolverines completed a trick play when Michael Barrett lateraled the ball to A.J. Henning for an 81-yard return for a touchdown.

Maryland fired back as well, driving 75 yards on six plays, capping it off with a 17-yard keeper by Tagovailoa to cut the deficit down to 20 points after scoring the 2-point conversion.

However, the Terrapins had no answers to stop Michigan as McNamara connected with wide receiver Donovan Edwards for a 77-yard score.

“Sometimes in critical times, it’s a lack of focus,” Maryland linebacker Ruben Hyppolite II said. “That we need to execute, especially on key downs like third down, or key situations like [the] red zone, two-minute, things like that.”

It didn’t get better for Maryland, as Wolverines defensive back DJ Turner intercepted a Tagovailoa pass and ran it back for a 42-yard touchdown. Michigan added one final touchdown early in the fourth quarter as McCarthy scored on a 5-yard run.

Despite the loss, Tagovailoa set Maryland’s single-season completions record with 287. He finished the game 19 of 33 for 178 passing yards and one touchdown.