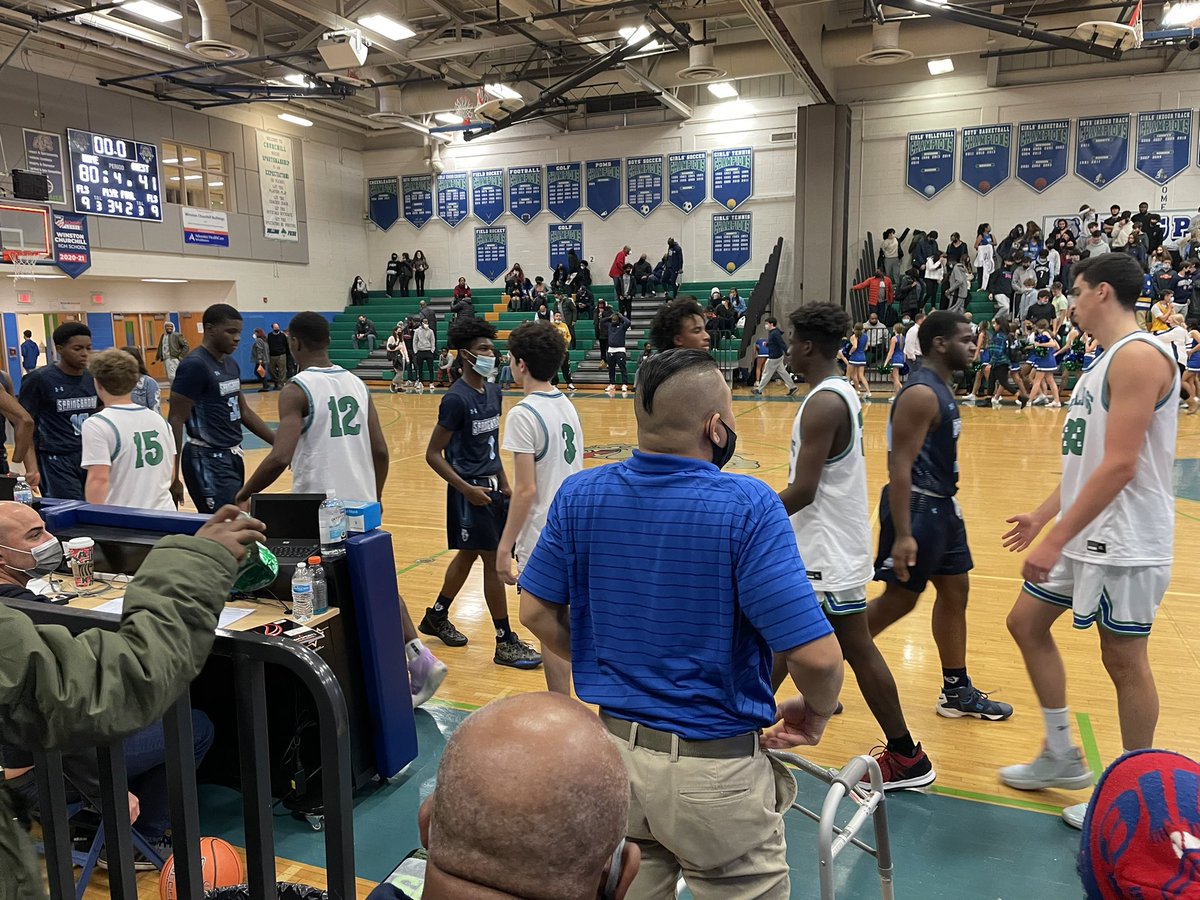 POTOMAC – After nearly two years of no action on the court due to the pandemic, high school basketball returned for many Montgomery County schools this week.

On Thursday night, Churchill (2-0) took care of business against Springbrook to earn an 80-41 blowout victory in its home opener.

Bryce Wilson scored 22 points while Tre Scott added 21 points as the Bulldogs looked to regain the chemistry that led them to the 2020 state quarterfinals.

“Twenty-two months and counting,” Churchill coach Dave Blumenthal said on the wait to play at home. “We’ve been waiting a really long time to get back, and to be able to produce like that in front of our fans was very nice.”

Churchill jumped out to an early 6-0 lead, thanks to solid defense and points in the paint. The Bulldogs continued to steamroll through the first quarter with a 26-9 lead, which eventually evolved into a 46-19 advantage at halftime.

Scott finished the first half with 14 points, scoring a few dunks and a 3-pointer. The junior guard said he was able to find his shot right away and “just let the buckets come to me, then tried not to rush myself.”

Meanwhile, Wilson, who is also Scott’s cousin, scored 14 first-half points, said that patience was vital to his success.

“Last week, I wasn’t really prepared,” Wilson said. “This game, I was more prepared when I was coming out, stayed focused.”

As Churchill held a 39-point lead before the fourth quarter, Blumenthal elected to rest his starters and gave his reserve players some playing time.

“Very proud of everybody,” said Blumenthal. “To see their hard work come to fruition in a dominating performance is awesome. For this group, it could be anybody. Tonight, it was Bryce and Tre. Everybody is totally cool with who it is as long as we get the W.”

“I just felt that we needed a win, home opener,” said Wilson. “First game of my senior year needed to be started off right, set an example for the team.”

It was Springbrook’s official season opener as its scheduled contest against Paint Branch on Tuesday was postponed due to COVID-19 concerns. The Blue Devils (0-1) enter the 2021-2022 season with a younger roster than years prior.

“It felt good to be back out,” Myers said. “But we’re young, and we’ve got a lot of basketball to learn.”