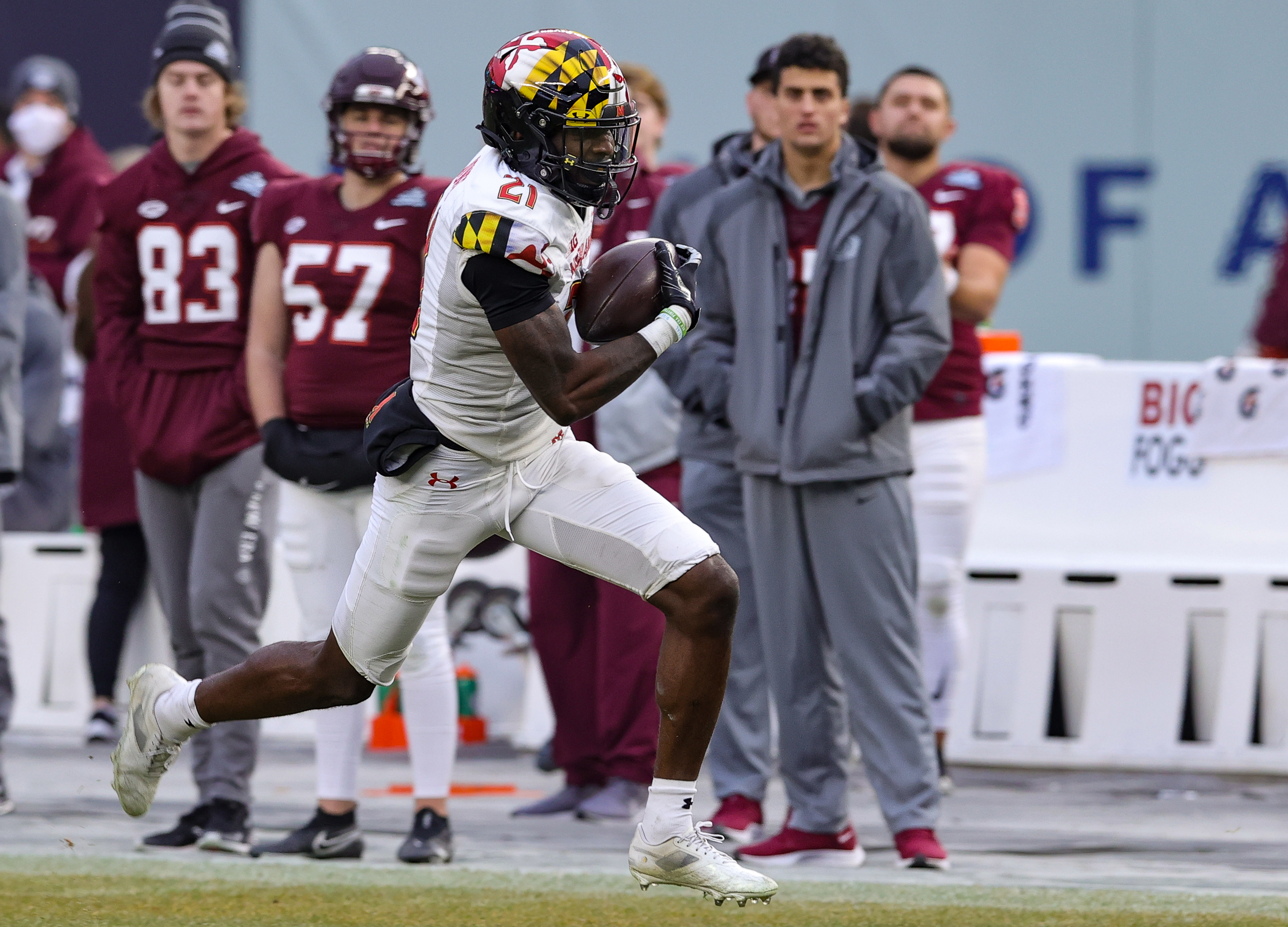 The University of Maryland football team had a solid 2021 regular season, as they finished 6-6 and became bowl-eligible for the first time since 2016.

The Terps faced former ACC foe Virginia Tech in the New Era Pinstripe Bowl at Yankee Stadium and dominated. The Big Ten side came out on top for a dominating 54-10 victory.

“I can’t even put into words how proud I am of this team,” Maryland head coach Michael Locksley said. “To send the seniors out with a significant bowl win and a winning season, it means the world to me.”

“Coming into this game, we knew what was at stake,” quarterback Taulia Tagovailoa said. “I feel our Maryland family, our fans, have been waiting a long time for us to have a winning season, make bowl games, and win a lot of games.”

Tagovailoa was named the game’s Most Valuable Player, going 20 of 24 for 265 passing yards and two touchdowns while also running for 42 yards, totaling 307 offensive yards.

From the start, it appeared to be Maryland’s day, as Tarheeb Still returned a punt 92 yards to the game’s first touchdown.

“Guys have been bugging me about it all year that I haven’t been doing a punt return,” said Still. “Now that I finally made a play in this type of environment, it felt good.”

Tagovailoa followed up with two touchdown passes to wide receiver Darryl Jones, first on a 70-yard deep pass in the second quarter and then on a 32-yard catch-and-run on 4th down in the third.

“You could see from the start of the season to now how Lia has progressed,” said Jones. “People sometimes forget with his name that he’s a young kid still learning.”

Those two touchdowns were also the first for Jones, as he also finished the game with 111 yards on four catches.

After a three-yard touchdown run by Virginia Tech quarterback Connor Blumrick, the Terrapins completed a 60-yard drive in six plays, capped off with a field goal courtesy of Joseph Petrino, to extend their lead 24-10 at halftime.

Maryland went all out in the third quarter with a second Petrino field goal, the second Tagovailoa-Jones touchdown connection, and a two-yard score by running back Roman Hemby.

On the first play of the fourth quarter, Maryland defensive back Nick Cross hit Blumrick from behind and knocked the ball loose. Terrapins defensive lineman Greg Rose picked up the loose ball and scored, extending the rout by 37 points.

Maryland’s final score came on a 10-play, 80-yard drive as running back Colby McDonald scampered down the sideline for a 20-yard touchdown.

The Terrapins’ 54 points are the most ever scored in the New Era Pinstripe Bowl and the most by a Maryland team in any bowl game.

Maryland racked up 481 total yards on offense, while the defense limited the Hokies to 259 total offensive yards.