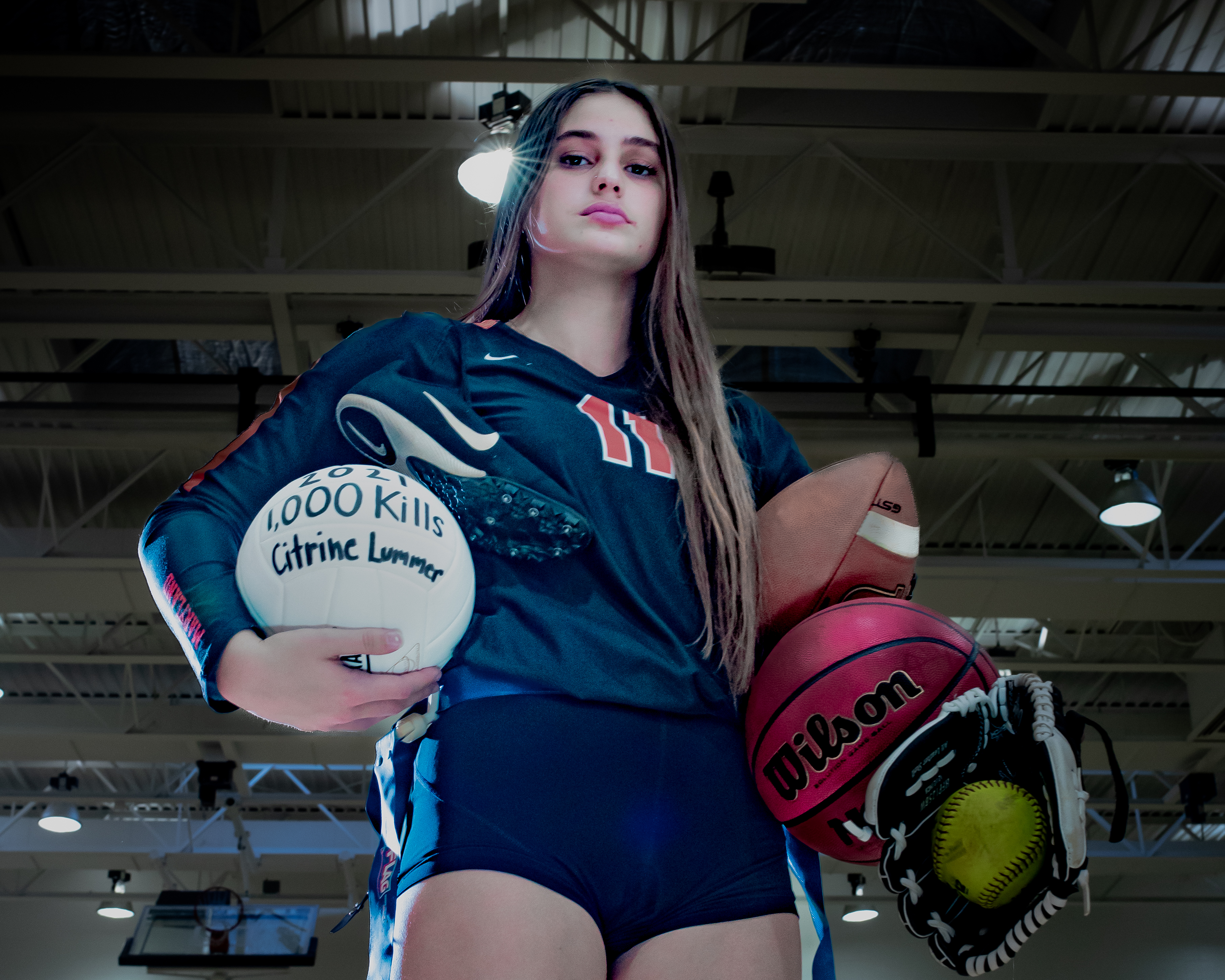 FREDERICK – Standing at 5-foot-10, Citrine Lummer of the Maryland School for the Deaf (MSD), Frederick Campus, showed her dominance in the volleyball court in the 2021 Maryland Independent Athletic Conference’s volleyball championships.

In the four-set affair against Mount Airy Christian Academy, Lummer showcased her skills with 32 kills, keeping the Orioles competitive before ultimately falling to their archrivals. The senior’s efforts led to All-Tournament honors, just one of many accolades she received in the fall.

To cap off her final season with MSD, Lummer was selected as the DeafDigest Sports and the National Deaf Interscholastic Athletic Association’s Volleyball Player of the Year.

The honor comes as Lummer dominated on the court, leading the Orioles with 439 kills (5.49 per set) and 91 aces this season. She ended her high school career with 1,102 kills in just three seasons and was selected All-America First Team.

The senior also participates in track, flag football, softball, basketball, soccer, gymnastics and cheerleading before attending and since arriving at MSD. The school has become a powerhouse in creating athletics for the Deaf Olympics, sending off 60 Olympians since 1961.

“I do love playing multiple sports and make it a point to play at least two sports per season,” Lummer said. “However, volleyball, by far, is my love.”

The teenager said she has always found a way to function athletically despite her disability. Regardless of if she played on a deaf or hearing team, there are ways to get around not listening to calls on the court.

For Lummer, she embraced the ‘Deaf Gain,’ where she has more acute sports vision than most hearing players.

“Since I cannot hear the plays being called, I just continually look at my teammates and even hearing players soon adapt,” the senior said.

Her mother, Lauren Lummer, said Citrine has excelled in every sport she attempted since she was a young girl.

“She became focused on sports at the age of six as a means of keeping herself busy because [our] large family includes eight siblings – most of whom are also involved in sports after high school,” Lauren Lummer said.

Her passion for sports led to her joining the Flaming Hands, an all-boys deaf traveling team, while still participating in a traveling flag football girls’ team out of Staten Island, New York.

“If there had been some initial apprehension about me being a deaf female on their team, it was quickly dispelled when they saw how fast I was, and then they welcomed me with open arms,” Citrine said.

Her athletic capabilities quickly got national attention as she joined the United States’ U-18 Deaf Elite volleyball team. As a result, Citrine Lummer was invited to play with the USA Deaf Volleyball Team as an alternate in the 2022 and 2025 Deaf Olympics.

She turned down an opportunity to be on the Team USA’s Deaf Track Team to focus more on USA Volleyball, becoming the youngest player on the roster in four years.

For now, Citrine Lummer is preparing for college. But, first, she must choose between playing for her “dream school,” Baylor University, where she may be the only deaf player on the team, or going to Gallaudet University in D.C., where American Sign Language is spoken more freely.

Regardless of her decision, the MSD student hopes to play professionally in Europe and have her sister join her as her interpreter.

Citrine Lummer is already thinking about her post-playing days. She hopes to become a coach of multiple sports, including volleyball, and an athletic director, and then work in some capacity with USASF and the International Committee of Sports for the Deaf (ICSD) in the Deaflympics.

Ultimately, Lummer said she is passionate about the sports she represents, proving that “girls think they can be as good as boys.”

“It just means you have to try harder to become your best and be the best athlete and human being,” she said. “Being an athlete comes with responsibilities, and I love leading by example.”