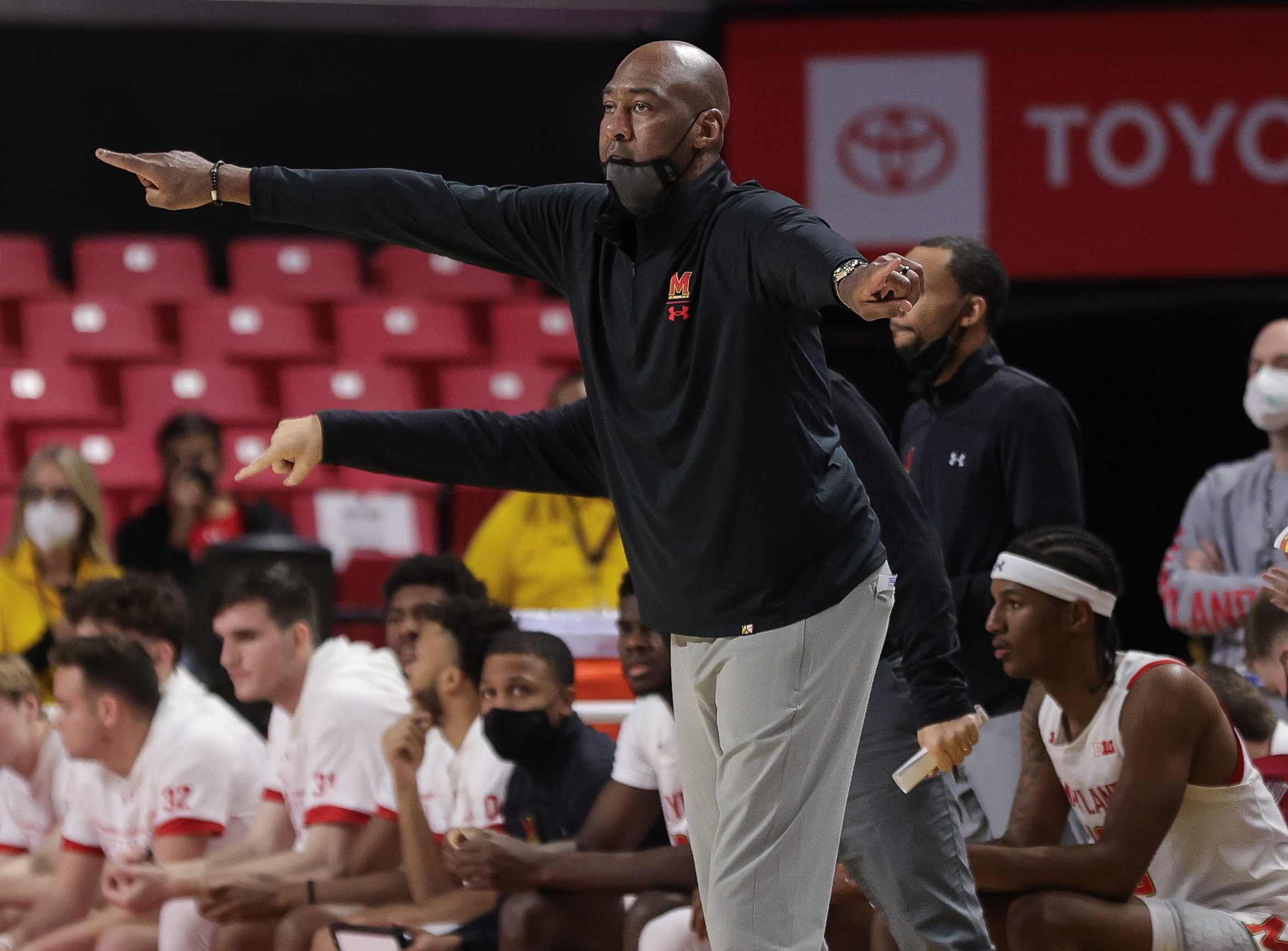 COLLEGE PARK – After beating Northwestern for its first win in Big Ten Conference play of the season, the Maryland Men’s Basketball team hoped to capitalize on their growing momentum at home against Rutgers Saturday afternoon.

The Terrapins looked strong during the first half, but the Scarlet Knights came back from a double-digit deficit to earn a 70-59 victory.

“First half was pretty solid,” Maryland interim head coach Danny Manning said. “We did some good things; we moved and shared the basketball. Second half, we didn’t come out and finish the way we needed to.”

While the first half was competitive, the Terrapins were able to keep up the tempo with solid shooting, rebounding, and defense, as well as solid free-throw shooting. Eric Ayala dropped 10 points in the half for Maryland. He ended the game as the team’s leading scorer with 13 points.

“When things are taking turns, or teams go on runs, we’ve just got to take them and not get defeated by it,” said Ayala. “The Big Ten is tough. No game is going to be easy.”

The Terps entered halftime with a 38-27 lead as they connected with 11 of 26 field goals and scored 13 of 15 shots from the free-throw line.

However, Rutgers had a weapon of their own, as Ron Harper Jr. led a second-half comeback for the visitors. Harper went 5 for 5 from 3-point range in the second half on his way to a career-high 31 points.

The Scarlet Knights opened the half on a 22-7 run and went on to take a 49-45 lead midway through the half.

Rutgers’ second-half success came off Maryland’s shooting troubles. The Terrapins ended the game, scoring only 25% of their shots and converting 20% of their 3-point attempts. In contrast, Rutgers hit more than 48% of its shots from the field, including 45.5% from behind the arc.

“You have to credit Rutgers,” said Manning. “They’re a gritty team. They came out and made some shots in the second half.”

However, the Scarlet Knights capped off their comeback, scoring 15 of the game’s final 19 points. Harper capped Rutgers’ road win by scoring five free throws in the last 47 seconds.

Next up, Maryland travels to Ann Arbor to face Michigan on Tuesday at 7:00 p.m.