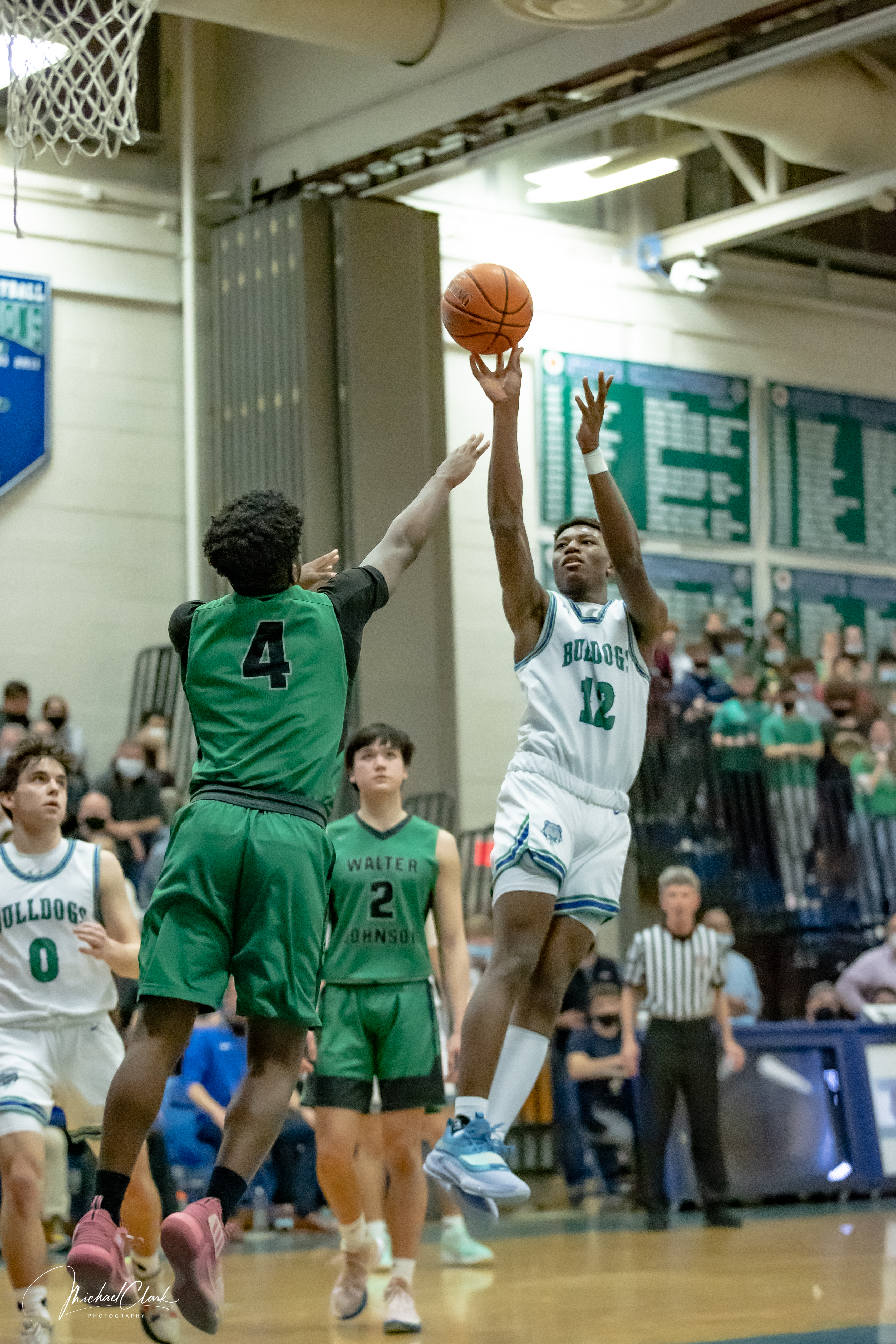 The Bulldogs dominated early on until the Wildcats soon caught up to them. However, Churchill hung on for the 68-55 victory in Potomac.

“They really played us wire-to-wire in the first matchup at their place,” said Bulldogs head coach Dave Blumenthal. “We expected nothing different, especially in the playoffs. Packed house, rivalry game, all those variables.”

Early on, Churchill showed why they are considered to be one of the top teams in Montgomery County as they jumped out to an 11-2 lead. The first half included some critical plays by Tre Stott, as he had two steals that resulted in points, with the first one being a dunk. Stott scored 12 points in the half.

“I look forward to those [plays] every game, because I know it gets the crowd hyped,” said Stott. “I mean, we’ve still got to play as a team, got to rebound, and do what we’ve got to do.”

The Bulldogs made buckets, rebounded well, and played solid defense as they led WJ 27-16 at the half.

The third quarter is when the Wildcats started to catch up, as they were able to convert on their shots, especially 3-pointers and cut the deficit to 37-33 at one point.

“I thought we did a great job in the third quarter to cut it to as close as three,” said WJ head coach Kevin Parrish. “But they’re obviously a pretty good team.”

One Wildcat that stepped up in that quarter was Jack McGuire, who knocked down two triples. He finished the game with 14 points, alongside teammate Christian Wright.

“He played one of his best games like he really stepped up, especially in the second half,” Parrish stated about McGuire. “He’s a senior. I think he saw the writing on the wall like, ‘This might be my last game, so I’m going out guns blazing.’”

However, the second half is also where Churchill’s Bryce Wilson really shined, after scoring only two points in the first. Wilson dropped seven in the third and went off for 10 in the fourth.

“I just felt like I wasn’t producing as I needed to in the first half,” said Wilson. “I felt like I needed to come out and produce more for my team, so that’s what I did.”

With the Wildcats attempting to claw their way back, Wilson was able to help his team by knocking down free throws, hitting a clutch three-pointer, and then dunking off a turnover.

“Bryce is the ultimate competitor, ultimate gamer,” said Blumenthal. “When the lights are the brightest, and the stakes are the highest, he shows up.”

Wilson finished as the Bulldogs’ leading scorer with 20 points, while Stott was right behind him with 18 total points.

“It was a good team win,” said Stott, “Especially for the seniors, because they’ve been out for a long time, and they’ve been waiting for this moment. We had a first-round bye and just took care of business.”

With the win, Churchill advances to the 4A West Regional Finals on Wednesday and will host No. 2 Bethesda Chevy-Chase, who handed the Bulldogs their first loss of the regular season on February 10th.

“We lost to them last game,” said Stott. “We’re coming back to get our revenge, and then we’re taking care of business.”