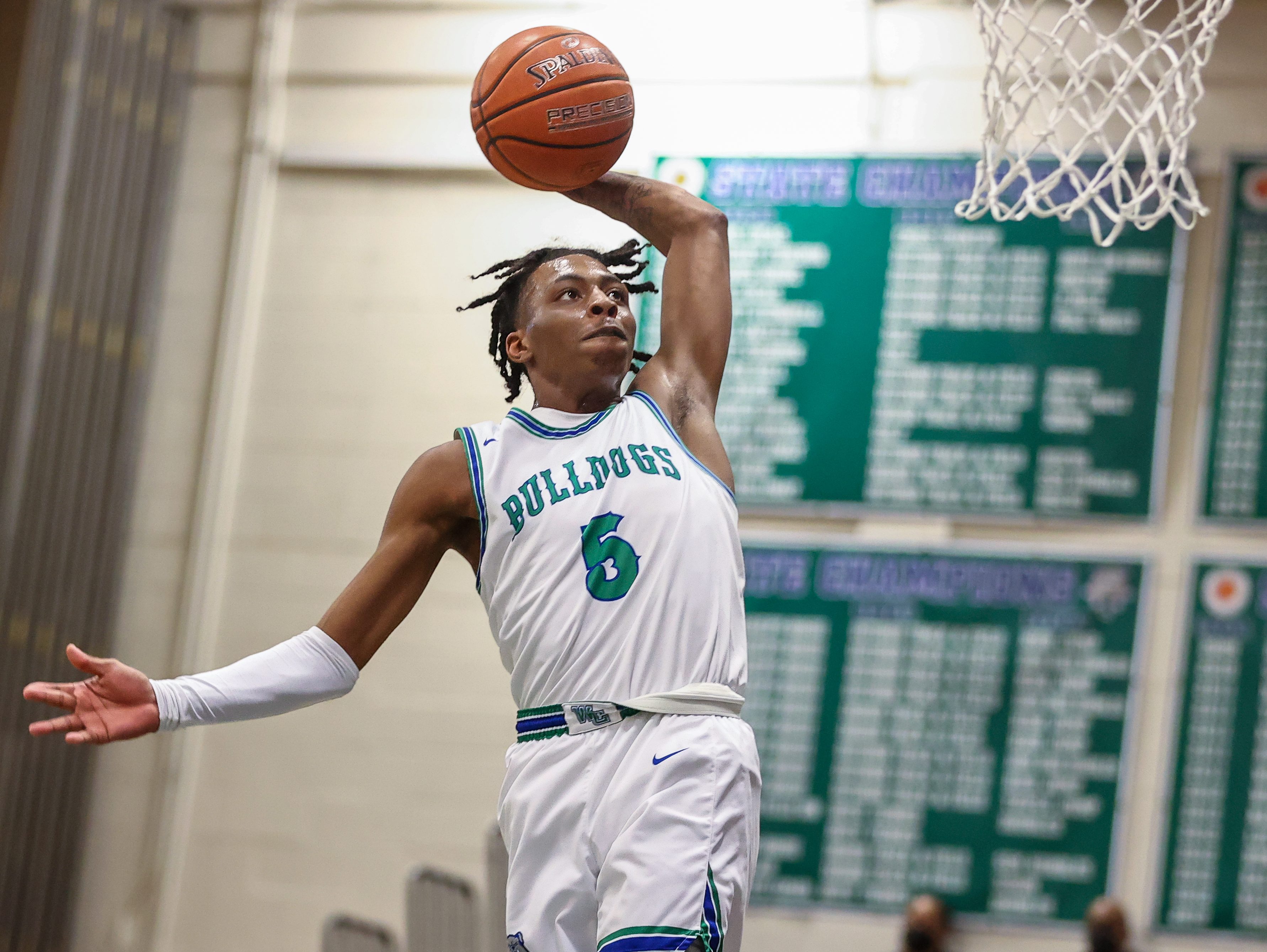 [Missed the game? Check out the photo gallery from Churchill vs. North Point here!]

POTOMAC – After a rough start in the Maryland 4A high school boys basketball playoffs, No. 2 Winston Churchill bounced back to earn a 70-53 victory over No. 7 North Point.

The Bulldogs will look to make history in Wednesday’s semifinal against Meade of Anne Arundel County. The last time Churchill made the semifinal round was in 1978, when they won the school’s only state title.

After being denied their opportunity to win the state title due to the pandemic in 2020, Churchill head coach Dave Blumenthal said his players are ready to show the rest of the state that they are more than just the best team in Montgomery County.

“To see all the hard work through the pandemic, through the season, and everything is awesome,” said Blumenthal.

Against the Eagles, Churchill struggled early but created a series of steals and buckets to take a 10-8 lead late in the first quarter.

Bulldogs star Tre Stott then went off, scoring 13 of his final 24 points in the opening period, including converting a few dunks, giving the Potomac-based squad a comfortable lead.

“I felt the flow and did what I had to do for the team,” said Stott.

“Tre is a guy that can score on bunches, just like anybody that’s on our roster,” said Blumenthal. “We’ve got six quality guys who at any point can go off and have gone off for 20 points, and tonight was Tre’s.”

Entering the second half with a 19-point lead, the Bulldogs continued to dominate offensively, proving too much for North Point. Zeke Avit stepped up with points in the paint and behind the arc along with solid defense. Avit finished the evening with 14 points.

“We had a solid game,” said Avit. “We did a lot of [scoring] stretches; we were hot and kept going for a while.”

“Any time we get a win in March, it’s our two favorite words: Practice tomorrow,” said Blumenthal. “Very excited that we’re able to say those words again.”

The Bulldogs defeated Bethesda-Chevy Chase in the 4A West regional championship and won the inaugural Montgomery County title before the start of the state playoffs. The goal now, Blumenthal said, is to complete the mission and win a state title.

“It just felt good to get another win with my team,” said Stott. “Just got to keep pushing. Like Coach said, we want the big one, the big trophy.”