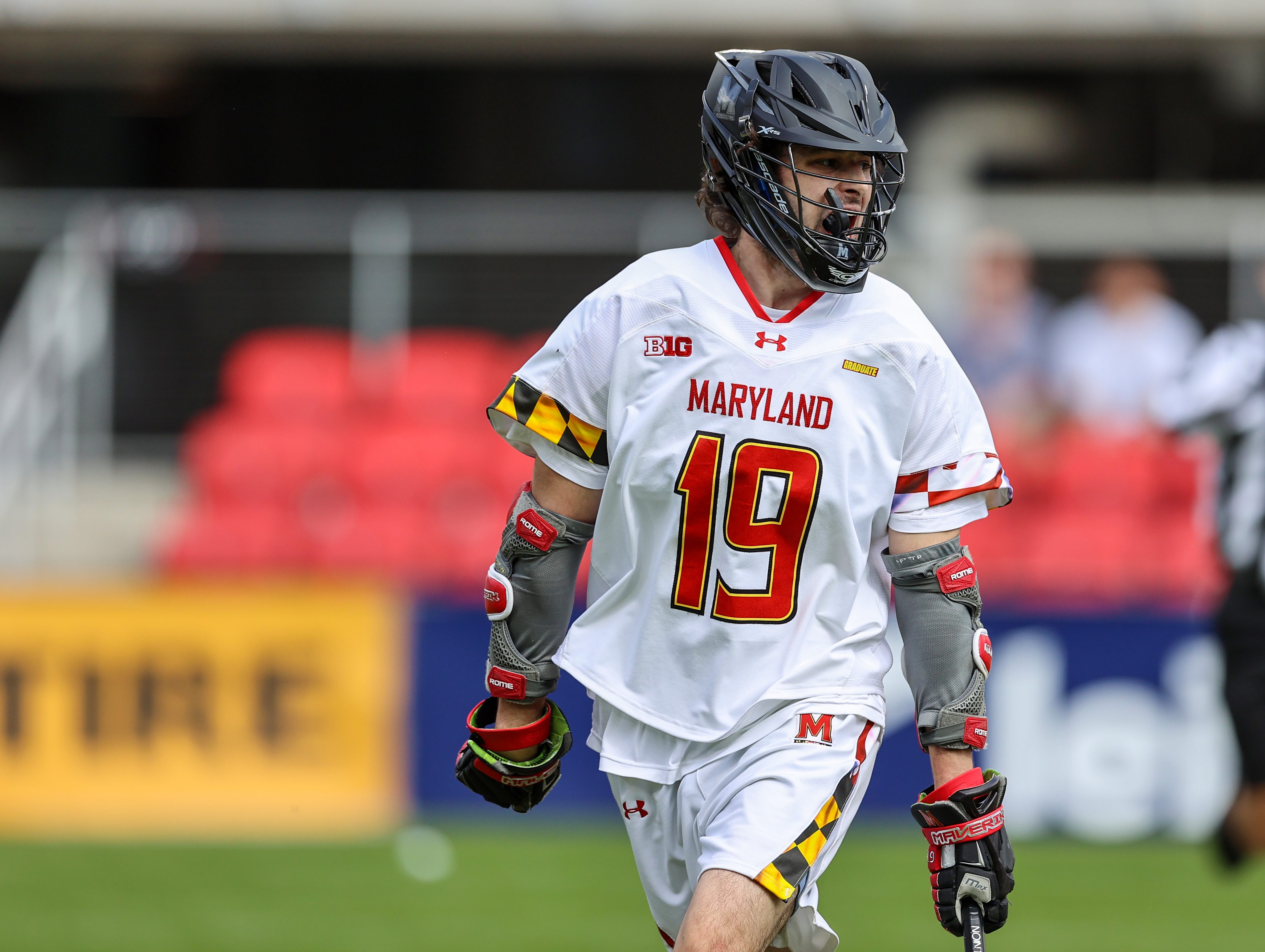 WASHINGTON – The Maryland men’s lacrosse team entered Saturday afternoon as the No. 1 team in the nation, winning its first six games of the season.

In this year’s edition of the Capital Lacrosse Classic at Audi Field Saturday afternoon, the Terrapins flexed its offensive muscle against No. 2 Virginia to earn a 23-12 victory to win their seventh straight.

The win over the Cavaliers (6-1) also allowed the Terps to exact revenge over their DMV foes, who beat them in last year’s national championship game.

“When we’re at our best, the ball is just moving, and everybody is sharing it,” Maryland head coach John Tillman said. “And it does so many things; everybody feels like they’re involved and not as predictable.”

The first quarter involved both teams finding their offensive touch as Maryland led 5-3. Khan added two tallies in that frame.

Up 7-5 in the second quarter, Maryland scored four unanswered goals, with Wisnauskas, Donville, Murphy and Brett Makar all putting the ball in the net during that run.

Makar’s score was the most significant, as the defenseman ran up the field, fired away with his long stick, and notched himself a goal.

The Terrapins entered halftime with a six-goal lead. At the start of the second half, Maryland jumped out to a 4-1 run, with Khan and Murphy scoring their third goals and Wisnauskas and Anthony DeMaio scoring their second.

However, the Cavaliers answered back with a four-goal run, with Payton Cormier scoring twice and Connor Shellenberger and Matt Moore adding tallies.

But the Terrapins regained momentum with a goal by Roman Puglise, as they dominated the rest of the way with an 8-3 run over the last 15 minutes.

The next Maryland goal was a wild one, as Matt Rahill attempted a long 60-yard pass that unintentionally ended up in Virginia’s net, giving the Terrapins another point.

With 23 total goals, Saturday’s contest marked the most goals Maryland had scored against Virginia since 1976.

While eleven different Maryland players scored, Luke Wierman dominated in the faceoff, as the Terps finished with a 25-14 faceoff advantage over the Cavaliers.

“In the end, it’s just getting better each week just to win those games down the stretch,” said DeMaio. “It’s not about being the best in March; you’ve got to be the best down the stretch in May.”