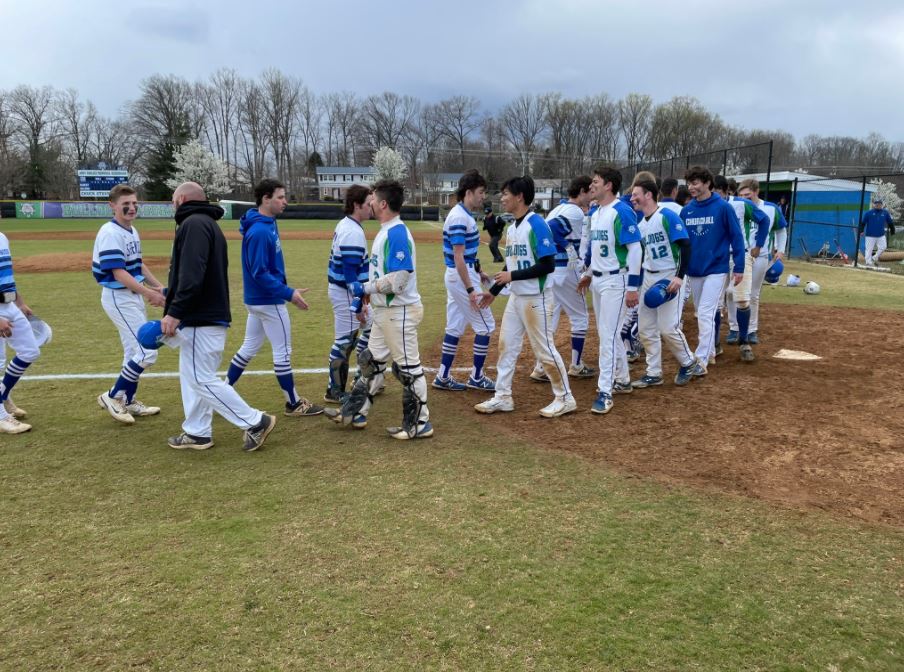 After tying the game at the top of the fourth, the Bulldogs (3-0) started its scoring streak against last year’s 4A state champions with an RBI walk and capped it off with a grand slam by Chris Hacopian, ending the game in six innings.

“When you play a [coach] Sean Davis Sherwood team, they’re a top-notch program,” said Churchill head coach Pat Skellchock. “I’m just glad that we came out and competed today. Tomorrow could be different, but we’re happy about today.”

Hacopian, who had a breakthrough season in 2021, shined for the Bulldogs against Sherwood, going 4 for 4 at the plate for three home runs and eight RBIs. After leading Churchill to the state quarterfinals last season, the shortstop is ready to become the team’s leader.

“As soon as Chris came into this program, we knew he was going to be something special,” said Skellchock. “Chris is the real deal.”

After Hacopian’s fly ball to center field gave the Bulldogs the opening run in the first inning, Sherwood (2-1) responded with two RBI singles from Alex Escanilla and Scott Ervin to take a 2-1 advantage.

But in the bottom half of the second, Churchill scored six unanswered runs, starting with a Jeremy Davis RBI double. Next, Issac Kreisler scored on a fielding error, followed by a Hacopian RBI single. Lastly, Matt Roche hit a bases-clearing double off the center-field wall as the Bulldogs jumped out to a five-run lead.

“Two outs, two strikes on me,” said Roche. “Just tried to put something in play, and lucky enough in the gap.”

“Churchill’s one of the most talented lineups I’ve seen the last couple [of] years,” Sherwood head coach Sean Davis said. “Hats off to them, they did a great job, but I still like our group.”

In the top of the third inning, the Warriors’ Jack Andre responded with a bases-clearing triple to cut the deficit to 7-5, followed by two more runs in the fourth to tie the game.

However, it was all Bulldogs the rest of the way, as a bases-loaded walk led to Jake Stern scoring the go-ahead run to put the home team up 8-7 in the bottom of the fifth.

Churchill finished it off in the bottom of the sixth with nine more runs, as Hacopian connected with a two-run bomb before hitting his grand slam to activate the mercy rule.

Skellchock called his Bulldogs’ lineup “murderer’s row,” and against Sherwood, the hitters lived up to their reputation. With Hacopian’s performance, Roche went 2 for 3 with three RBIs and a run scored, while Kreisler and Nathan Gumagay finished with a hit each.

Meanwhile, Andre looked great for Sherwood, going 2 for 3 with three RBIs, while Escanilla and Amari Allen finished the game with two hits.

“We scored seven runs,” said Sherwood’s Sean Davis. “That should be enough to win a baseball game more often than not. There was some good baseball played, but again, Churchill played better than us today.”