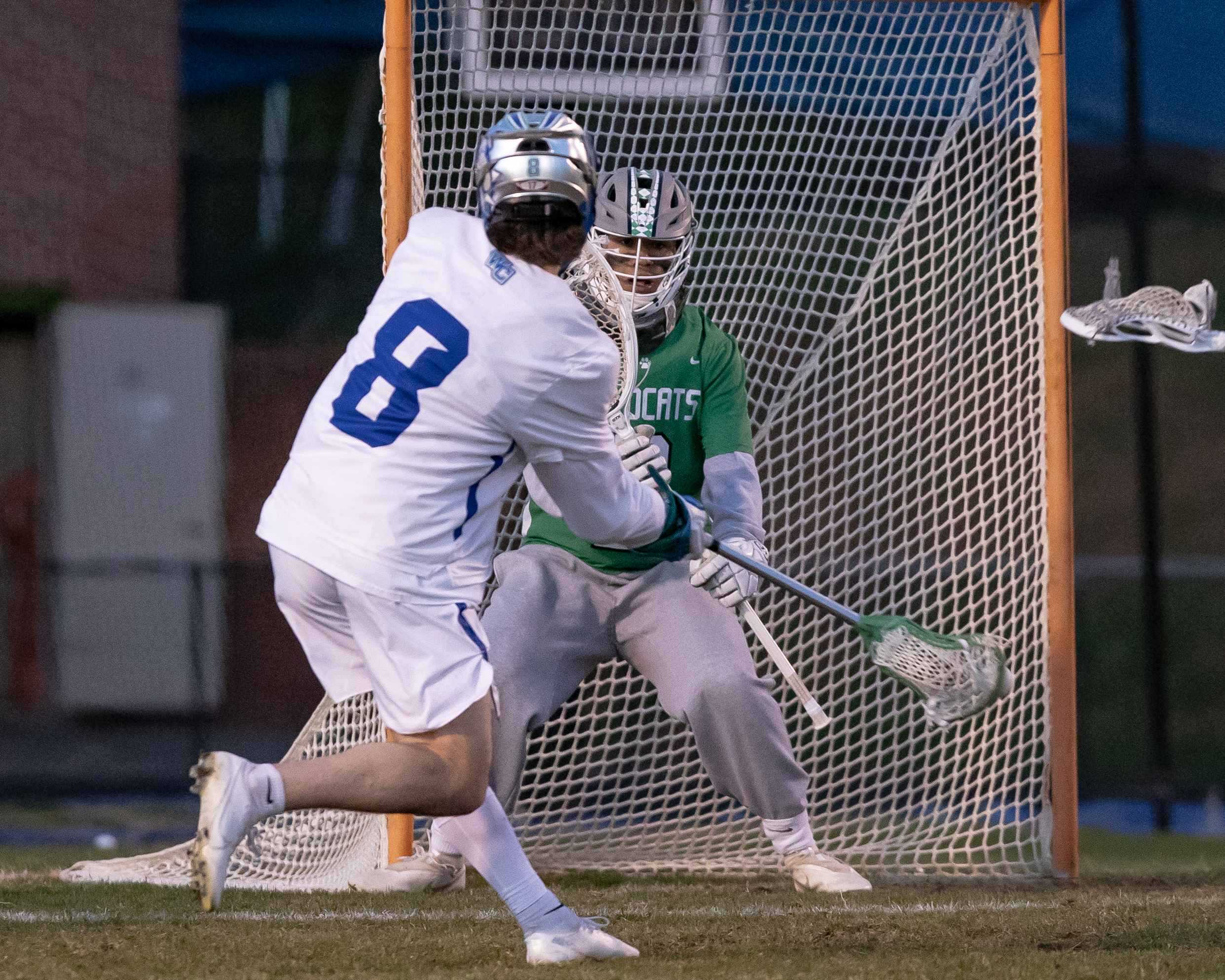 The Bulldogs (6-1) offense went off and maintained momentum throughout as Gavin Gumucio scored five goals to lift Churchill to a 17-8 victory over the Wildcats (3-2).

“It’s always nice to get a win against a rival team,” said Fritz. “We know it’s always sloppy coming out of spring break, but we were able to pull it out and make enough plays to get the win tonight.”

Churchill opened the contest with a 4-2 lead in the first quarter, as Sam Bunten had two goals, while Gamucio and Andrew Murphy also put the ball in the back of the net.

“It’s a really good win after the break, but we’re looking ahead,” said Gumucio. “We really want to make a run this year, so we’re trying to get better every game, every practice.”

“I feel like we played great as a team,” said Gumucio. “We came together really well. I got assisted on a few of those goals, so I feel like we moved it well. They got me goals.”

Eliot Dubick, a University of Maryland commit, also had a stellar game with a hat trick.

“Honestly, it’s an all-or-nothing year,” said Dubick. “I’ve been part of this program for so long. This is it for us. We need to win regular-season games, and obviously, our goal is to win the state championship.”

Dubick comes from a lacrosse family; his older brother Louis, a Churchill Class of 2015 graduate, his father Marc, and his grandfather Harry all played the sport at the University of Maryland, as Eliot prepares to play in College Park next year.

“It’s awesome just to play the sport,” said Dubick. “I’ve been around it for a while. Any time I can get on the field, especially with my parents watching, all my friends watching, it just means a lot.”

“They’re our seniors,” Fritz said about Dubick, Gumucio and Murphy. “They’ve been together for three years now. They’ve been starting at attackmen since their sophomore year. They have that cohesiveness, and they play really well with each other and off of each other.”

After the game, the team surprised Fritz with a congratulatory cake celebrating his 300th career victory as a head coach.

“It’s unbelievable just to think,” said Fritz. “We won the game, and I had time to sit back and reflect upon all the memories had and those years past, all the players in the past that have come through, the families that we’ve gotten to work with. I feel so lucky to be here and work with so many great people.”

“I think Churchill’s always going to be a tough opponent,” said Wildcats head coach Danny Phillips. “Most importantly, we just need to get right back on it.”