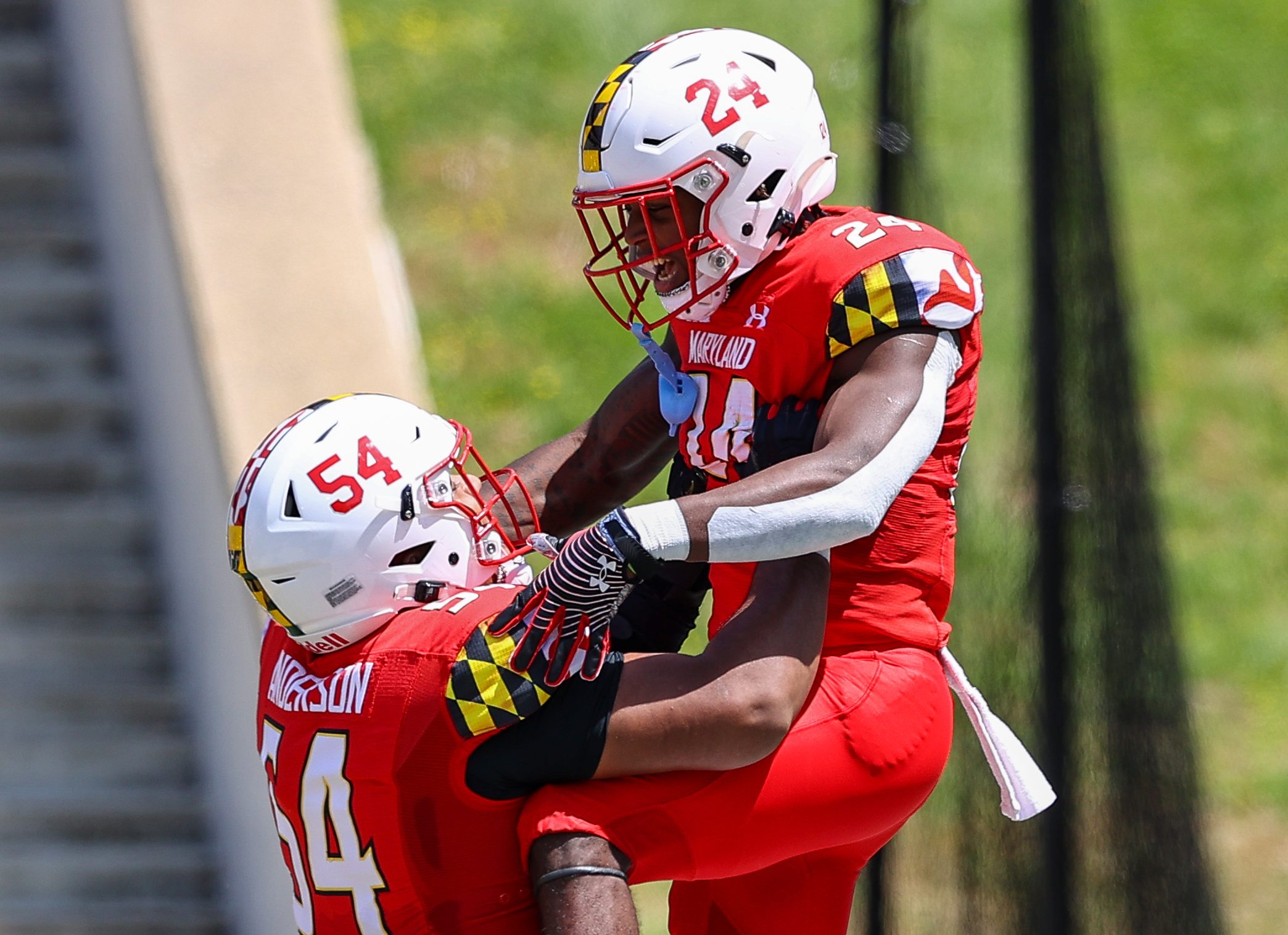 COLLEGE PARK – With Maryland Day returning to College Park for the first time in three years, the Maryland football team held their annual Red-White Spring Game to showcase who will play in the fall 2022 season.

“When you have spring ball, for us, our goal is to start identifying playmakers for the ’22 season,” said Terps head coach Michael Locksley. “It wasn’t perfect, but I do like the way we competed.”

The Red Team’s two touchdowns came on their first two drives of the game, as running back Roman Hemby scored on a 43-yard scamper through the defense, while Tagovailoa connected with wide receiver Tai Felton for a 13-yard score.

Tagovailoa finished the Spring Game completing 9 of 14 passes for 144 yards and one touchdown.

“Obviously, we’ve got a new team with new faces and stuff,” said Tagovailoa. “But it’s just been fun getting to the process of everyone understanding what we do.”

Copeland, who transferred from Florida, was the game’s leading receiver with five catches for 70 yards for Team Red, showing strides of promise after spending his past four collegiate years in Gainesville.

“Cope is a really good receiver,” said Tagovailoa. “He does a lot of great things. Obviously, we have a lot to work on, but I feel like we’re in a good spot.”

“I knew of him but had never actually communicated with him,” Copeland said about Tagovailoa. “But once I got in, we clicked tight.”

“Ever since I came in, my teammates and coaches showed love to me,” said Copeland. “Building on that and coming out on Saturdays, it’s going to be great.”

The lone score for the White Team came on a Jack Howes 32-yard field goal at the end of the first half, as the offense struggled to move the ball.

Running back Colby McDonald had the best performance on Team White, as he finished with 101 rushing yards and 52 receiving yards, totaling 153 offensive yards.

“I feel like today was a pretty good day for me,” said McDonald. “Got to work with both O-lines. Got to do both sides. I just feel like it was a good day all around.”

The 2021 season turned out to be solid for the Terps, as they went 7-6 overall and finished the season with a 54-10 blowout victory over Virginia Tech in the New Era Pinstripe Bowl.

McDonald believes that Maryland can build from its first bowl game victory since 2010.

“That bowl win was big,” said McDonald. “It built the confidence for our team, brought everybody up together, and brought us together as a team.”