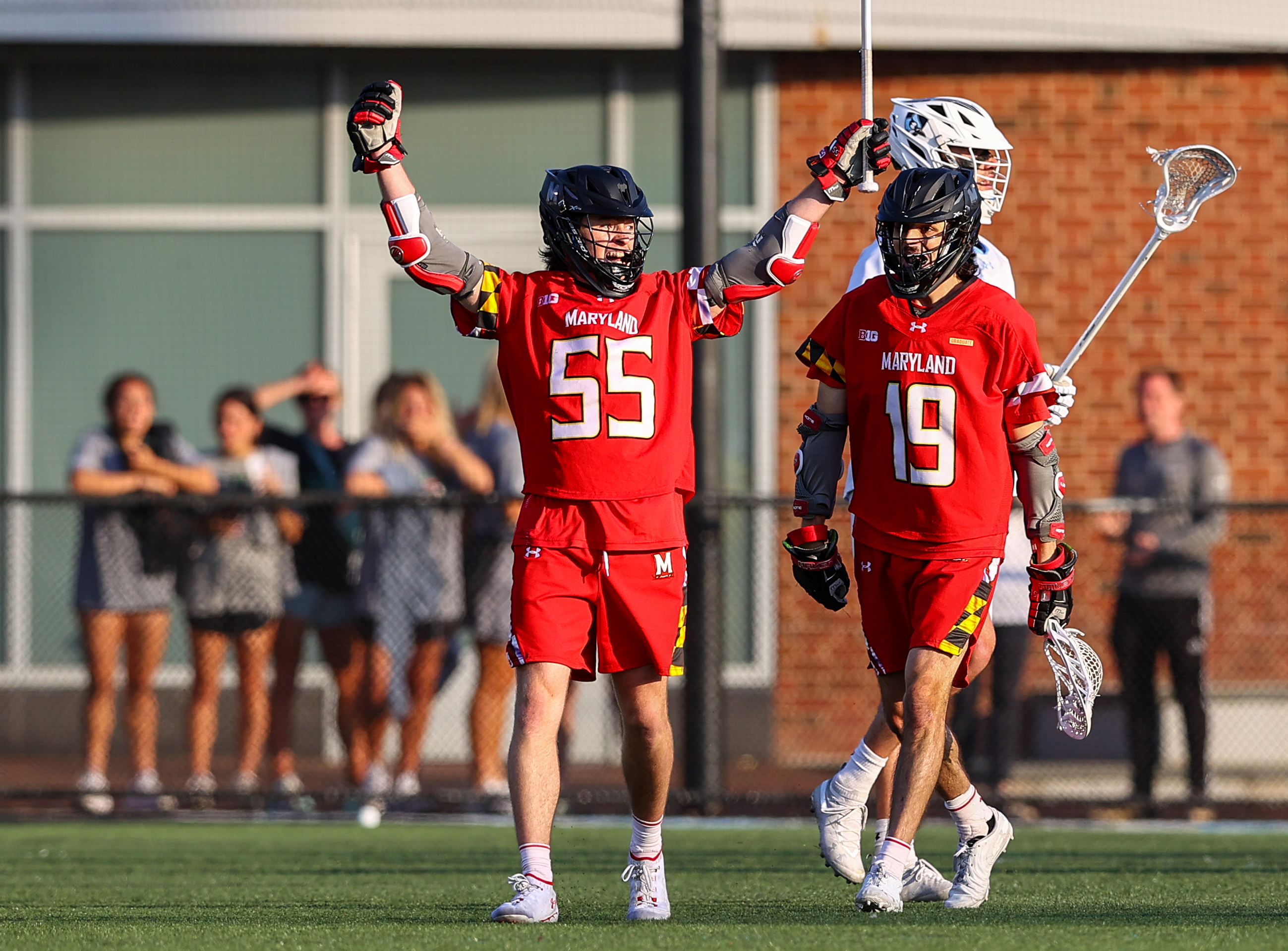 On Thursday night, No. 1-seeded Maryland met the No. 4-seeded Blue Jays again in the Big 10 semifinals. Despite it being a slightly more competitive match, the Terrapins still came out on top 16-11.

“This was definitely a bit of a different circumstance,” said Maryland defenseman Brett Makar. “They were playing with house money. It’s win or go home for them.”

Maryland attackman Logan Wisnauskas opened the contest with his first of a team-leading four goals on the evening, while he contributed three assists.

“I just had to stick to our clear a little bit,” said Wisnauskas. “But in terms of the pick-off, there was an attackman coming, and I heard him call the guy’s name, and I just made a play.”

However, for most of the first half, both teams were neck-and-neck, with the following Maryland goals being scored by Keegan Khan, Wisnauskas again, and Eric Malever.

The Khan goal was notable because he fired the ball behind his back and into the net.

But with the score tied up at 4-4 midway through the second quarter, Maryland then scored five unanswered goals, taking a commanding 9-4 lead early in the third quarter.

Anthony DeMaio also stepped up for the Terrapins with a hat trick, scoring one goal in the second quarter and two in the third. It was DeMaio’s first hat trick of the season.

Maryland then scored five more goals in the third quarter and two in the fourth.

Other Terps who put the ball in the back of the net were Eric Malever, Owen Murphy, Kyle Long, Daniel Maltz, and Jack Brennan.

In the middle of the fourth quarter, a fight broke out between both teams as they had to be separated.

“That’s the rivalry,” said Makar. “Every time we play, emotions are going to be high. There’s no love lost between us and them. That’s how it will always be. That’s what makes this rivalry so special.”

Down 16-8 in the fourth, Johns Hopkins scored three more goals, but the comeback attempt was unsuccessful.

Garrett Degnon led the Blue Jays with four goals, while Jacob Angelus had a hat trick.

With the win, Maryland is now 133-16 when scoring 10 or more goals under head coach John Tillman.

“Sometimes you don’t get your hands free, and room at times,” said Tillman. “I thought we did a good job with guys hanging on us, being able to navigate that and put them to good spots for sure.”

It was also the Terps’ fifth straight victory over Johns Hopkins, as they now have the longest winning streak in “The Rivalry.”

Maryland advances to the Big 10 Men’s Lacrosse Championship Game, where they will face No. 2 seed Rutgers in College Park on Saturday.