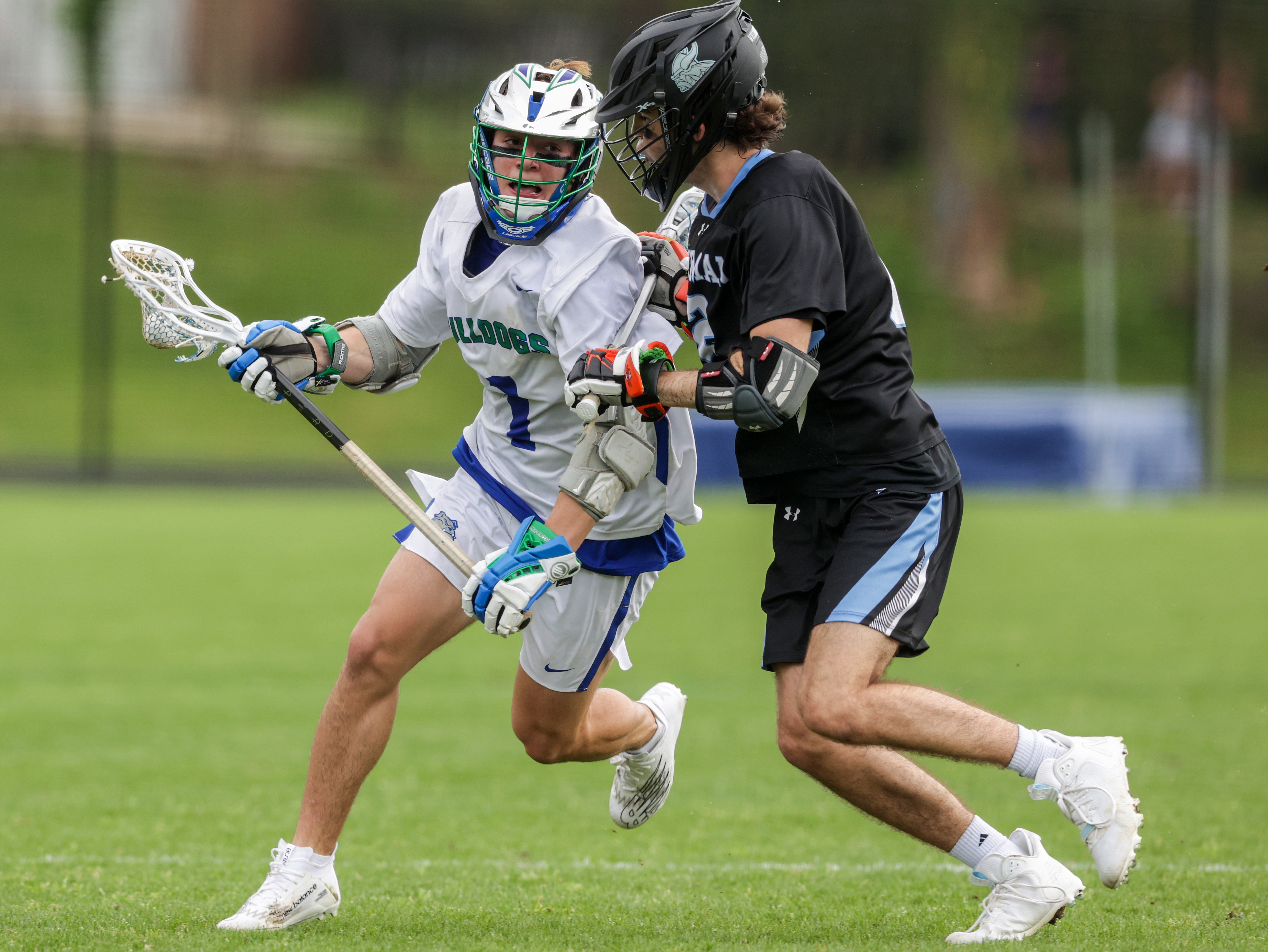 POTOMAC – After a first-round bye, the Winston Churchill High School boys lacrosse team made its 2022 playoffs debut as the No. 1 seed, hosting No. 4 seeded Walt Whitman in a 4A regional semifinal matchup.

Once again, the Bulldogs showed their continued dominance over Montgomery County opposition as they defeated the Vikings 14-8 Friday evening.

“It was great to be back at home here playing a rival for a big playoff game,” said Churchill head coach Jeff Fritz. “It’s always fun to be here at home playing rivals.”

“It’s electric,” said Dubick. “We’ve got a lot of support from the fans, parents. School, I think, has really bought into our run, so I’m just looking forward to the rest of the way.”

Both teams started the game going back-and-forth with attacks, as the Bulldogs led 4-2 by the end of the first quarter.

Gamucio opened the contest with the first goal, followed by Andrew Murphy getting a tally, making it 2-0 early on.

“I definitely feel like we came out a bit slow,” said Gamucio. “But we put it together with seamless stakes. We played good overall.”

In the second quarter, Churchill went on the offensive, going on a 5-2 run to take a comfortable 9-4 lead at halftime. Dubick completed his hat trick with 1:30 remaining in the period.

“It was just teammates, ball movement, getting the next pass from my teammates,” said Dubick. “Honestly, our team played really well tonight, but we’ve got a few things we can work on, and we’re just going to keep moving forward.”

“They’re a talented team,” said Vikings head coach Ryan Foringer. “…[What] I can say with 100% certainty [is] that all of our boys gave it everything they could tonight.”

Whitman attempted to keep it close for most of the second half, but Churchill’s offense continued to find ways to put the ball in the net.

Gamucio’s fourth goal for Churchill happened to be the game’s final goal as time in Whitman’s season drew to a close.

Other Bulldogs who contributed with goals were Xander Frey, Reed Drummond, and Sam Bunten.

With the win, Churchill advances to the regional finals, where they will host No. 2 seeded Bethesda-Chevy Chase on Monday, May 16. The last time both teams played against each other in late March, the Bulldogs held on for a 19-14 victory over the Barons.

“B-CC made it a pretty hard-fought game last time,” said Gamucio. “I feel like we let them up too early last time, which I don’t think we’ll do again. It’ll be a bigger win this time.”

“Next team up,” said Dubick. “Honestly, we’re just looking for whoever wants to go against us, and we’re just going to give it our all each day and see where that day takes us.”