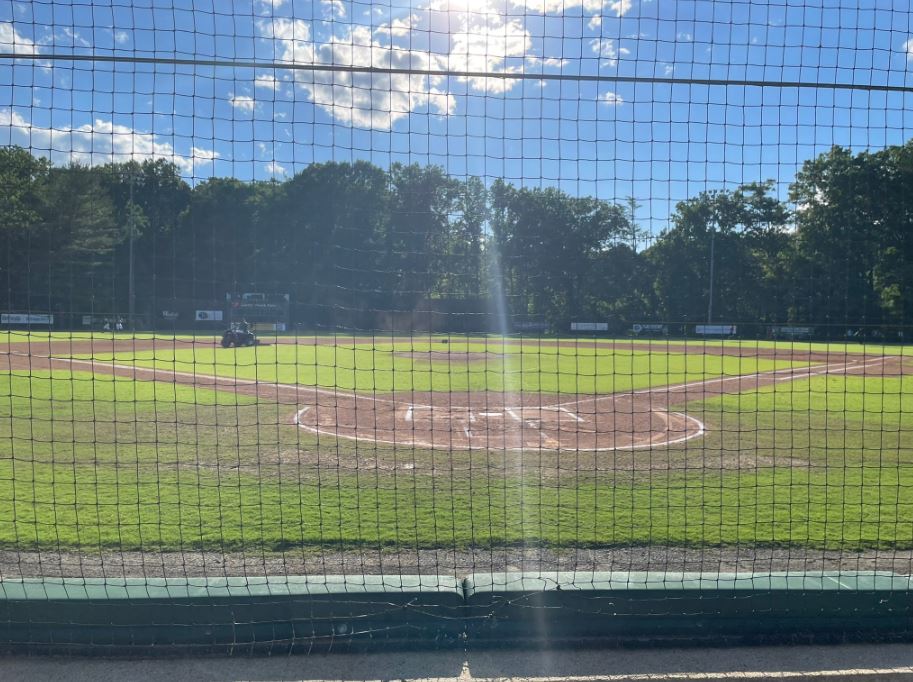 BETHESDA – The Bethesda Big Train is coming off their fifth consecutive Cal Ripken League championship after winning it again in the summer of 2021.

Bethesda hosted the new expansion Olney Cropdusters on Thursday night in its second home game of the season. The Big Train did just enough to slip by the visitors 3-2 at Shirley Povich Field.

“I think it’s important to pull out close wins,” said Bethesda outfielder Trey Winget. “Our pitchers did a good job, and our hitters got us some RBIs when we needed it.”

The first run came from the Big Train in the bottom of the first when infielder Peyton Schulze hit a sac fly to put his team up 1-0.

“It felt good,” said Schulze. “I just knew that with a runner on third with less than two outs, I just had to put something in the air and hit it deep enough to score a run, and that’s what I did for my team.”

In the top of the fifth, the Cropdusters came close to scoring with the bases loaded with no outs, but the next three batters were called out.

Bethesda had better luck in the bottom half of the same inning, as Winget got hit by a pitch with the bases loaded, allowing a run to extend the lead to 2-0.

“I just lost feeling in my leg,” said Winget. “But after a while, it came back, and we were all good.”

Olney finally got on the board in the sixth when infielder Andrew Brait hit a sac fly to cut the deficit down to one run.

However, the Big Train added another run in the bottom of the eighth when TJ Rogers scored on a fielding error by the Cropdusters.

Olney had hope in the top of the ninth when outfielder Ben Piripavel hit a home run to cut the deficit to one run but were unsuccessful the rest of the inning.

“We left a lot of runs out there,” said Cropdusters head coach Adam Leader. “I thought our pitching did well enough to win this game. Our guys need to work on being able to score with those guys in scoring position.”

The Big Train player with the best batting performance turned out to be outfielder Emilien Pitre, who went 3 for 4 behind the plate.

“It always feels good to win close games,” said Schulze. “It means that both teams were battling hard as a dogfight. It was a fun game.”

This is the first season for Bethesda players such as Winget and Schulze, who look forward to playing for this storied franchise for the rest of the summer.

“It’s a lot of fun,” said Winget. “It’s a really cool environment. Lots of cool people are a big part of this. The team is great, we all vibe together pretty well, and it’s just fun being out here.”

“Coming into the Big Train, I knew the fan experience was going to be awesome, and playing here is pretty fun,” said Schulze. “Sal’s a good coach who we all like a lot.”

“It’s so special for those guys to be able to play at a field that they played in growing up,” said Leader. “It’s something that when we started making this team, we certainly wanted to have part of this.”