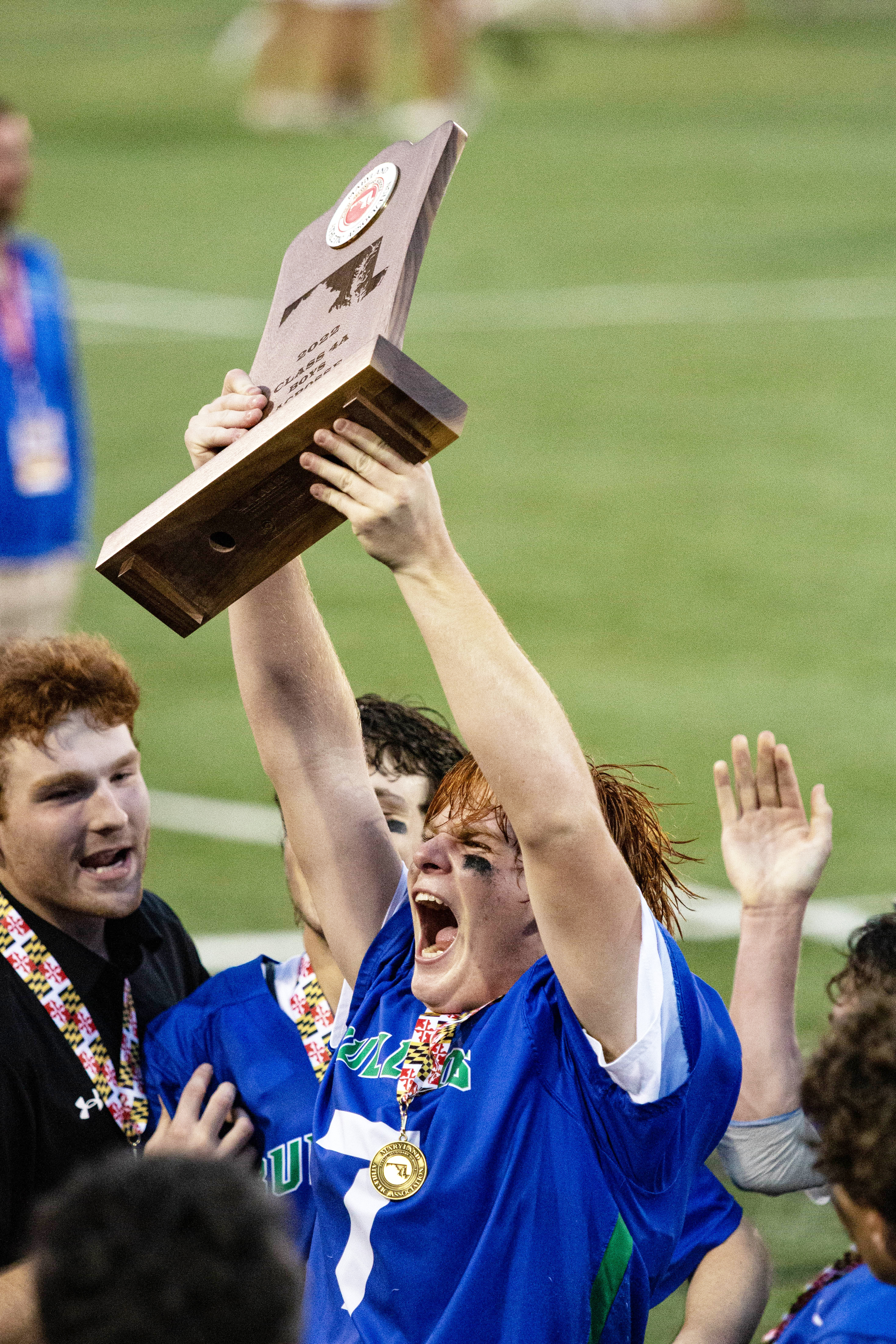 It completed a season that captured the school’s first state title for Churchill head coach Jeff Fritz, who had made it to the state championship and semifinals numerous times before.

“I’m just ecstatic,” said Fritz, who has been coaching at Churchill since 1994. “Just so happy to bring a state championship back to Churchill and Montgomery County. It’s been a long time coming. We finally got over that hump.”

“That was just the cherry on top,” said Fritz. “Really excited not just for Churchill, but for the county.”

After the victory, Fritz mentioned that he had more than 400 text messages from people in the past, including notable Bulldogs alumni and coaches from across the county, state and other colleges.

“It was special,” said Fritz. “We’ve developed many relationships over the years, and that’s what the lacrosse community is all about.”

This past weekend, Fritz was selected as the Maryland State Lacrosse Coaches Association’s State Public High School Coach of the Year. At the same time, MSLCA named recent 2022 graduate Eliot Dubick as the 4A Player of the Year, the first winner of either award in Montgomery County history.

“I’ve dreamed about this moment for so long,” said Dubick. “I went down and cried because there were so many emotions. The work that this whole community has done to build such a strong program, it’s really incredible. I got to do it with Coach Fritz and Coach [Mike] Winter because they deserved it too.”

During Churchill’s 19-1 overall season, Eliot capped the year off with 167 points, including 73 goals and 94 assists, a Maryland state record for most points in a single season.

“Honestly, it’s because of my teammates, Coach Fritz, and Coach Winter,” said Dubick. “They all had a huge role in my success. I don’t really care about individual awards. All that matters is we got the ring for Churchill.”

Eliot’s brother Louis, a Churchill Class of 2015 alum, helped coach on the sidelines during the championship game and throughout the postseason.

“He’s been a part of the Churchill community,” said Eliot. “He fell short a few times, but he’s been there for me. I celebrated with him and my dad. They’ve been my biggest supporters my whole life.”

Next year, Eliot will take his lacrosse talents to the University of Maryland, where his brother, father, and grandfather played. This year, the Terps won the NCAA Division I Men’s Lacrosse championship four days after the Bulldogs won their title.

“I’ve been going to Maryland games my whole life,” said Dubick. “To experience Churchill and Maryland winning titles in the same week is pretty special.”

Eliot was part of a stacked Bulldogs team full of many seniors, including his fellow attackmen and friends Gavin Gumucio and Andrew Murphy.

“[For] eight years, I was on the sixth-grade travel team with Gavin,” said Dubick. “He’s been my right-hand man. We’ve come so close together. We have a bond that I don’t think will be broken. All the preparation we did and times we’ve hung out, whether after practice or team dinners, all of those chemistry moments paid off.”

This historic moment in Montgomery County high school sports history could not have been accomplished without a team effort, including the senior class that helped Churchill win an elusive championship for all these years.

“This senior class was absolutely spectacular,” said Fritz. “Not only in lacrosse, but for all sports.”