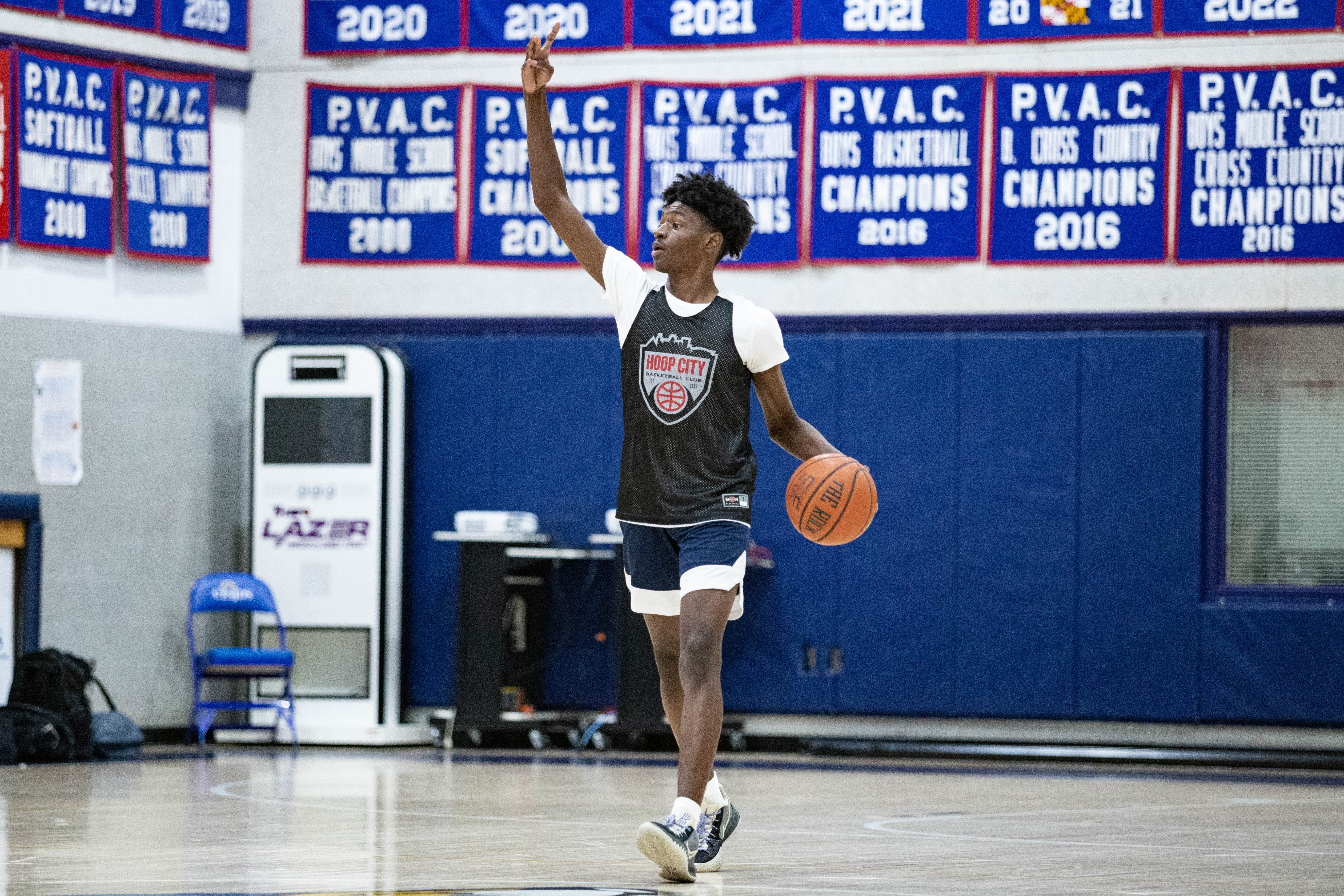 Darren Moore led the way for the Jaguars with 29 total points, while his teammate Kemani Blue-Prince dropped 22 points, including five three-pointers.

“We’ve been starting off sluggish lately in the summer league,” said Moore. “It’s good to pick it up and bounce back with a good win like this, so hopefully, we can keep it going.”

Both teams were neck-and-neck, knocking down buckets throughout the game, with Quince Orchard leading 31-30 at halftime.

However, Moore and Blue-Prince helped lead Northwest in the second half and swung the momentum in their favor late in the contest.

“It feels pretty good to win,” said Blue-Prince. “They came out aggressive. I couldn’t hit my shots in the first half, so I knew I had to come out in the second half to hit good shots.”

The previous meeting between the two rivals was the 2022 Maryland 4A regional semifinals, where the Jaguars won 69-48.

“It’s always good playing a rival team like QO,” said Moore. “They’re my boys over there. We’re going to see them again. It’s going to be a good game every time.”

“It’s always going to be a competitive game,” said Blue-Prince. “We’re always trying to go at each other’s necks.”

The 2021-22 winter season was Chase Rieder’s first as head coach at Northwest. He said that his first summer season has been challenging without any practice time. However, he said that the Jaguars would continue to field a team of guys that want to play in the summer and try their best.

“It’s going to be a different kind of year than last year,” said Rieder. “Now I feel like I have my program and philosophy. The way we’re playing right now, we’re not big; we’re scrappy.”

Meanwhile, Elisha West finished the evening as the Cougars’ leading scorer with 17 points.

“I thought he did some good things,” said Quince Orchard’s new head coach Mac Minturn. “I thought he was aggressive, got to the basket. He was strong around the basket. But we need to do some things offensively to make things easier on guys.”

The Cougars athletics department announced Minturn’s hire as head coach in April. The former Frostburg State University basketball player is now using the summer to acclimate to his new role with the Gaithersburg-based high school.

“We’ve got a lot to work on,” said Minturn. “We’ve got to get a little bit tougher. We’ve got to really work on staying in front of the basketball.”

Quince Orchard had 10 seniors this past season, as the team will have some fresh new faces on the court next year.

“We’re going to have to really work together as a basketball team both offensively and defensively,” said Minturn. “We’re figuring out what we have during the summer, and that’s good, but there’s a lot we need to work on.”