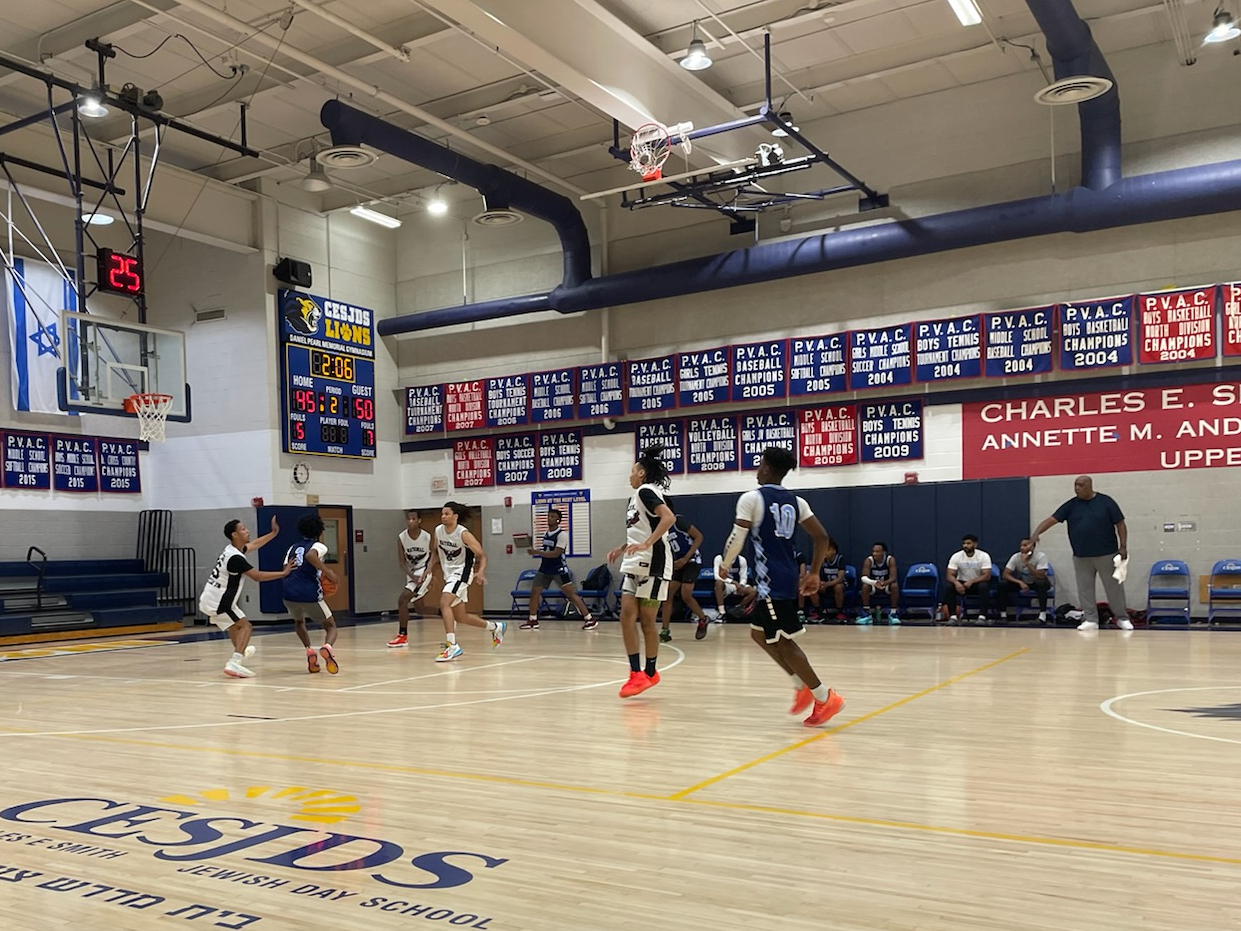 The Coyotes were able to pull it off with a 58-47 victory over National Christian Academy, another contender in the league, to clinch the top seed in the playoffs.

“As a first-time coach, it feels really good,” said Clarksburg head coach David McCloud. “The guys are following my instructions pretty good, but I really like the idea that we’re playing team defense.”

On the other hand, National Christian finishes the regular season 7-3 and enters the Maryland Elite playoffs as the No. 5 seed, as head coach Vito Buckle’s squad will look to defend their 2021 summer league title.

Many Clarksburg players contributed early on, but Jason Speller-Boyd and Kailen Brown led the way with 11 points.

The Coyotes looked strong early on, leading 30-19 at one point, as they finished the first half with an 11-point lead.

The second half is when the Eagles showed signs of life and attempted a comeback, as players like Aaron Trought and Tyler Donald hit multiple shots behind the arc.

“NCA is a good group,” said Brown. “They had their little run, too. But I’m just glad we got to pull away and finish 10-0. They’re a good team, but I just feel we were the better team today.”

National Christian cut the deficit to three points, but Clarksburg connected last-minute shots and played defense to stave off a late comeback attempt.

“These guys are putting in a lot of work,” said Speller-Boyd. “I’m happy to see that it shows up. Right now, I feel like we can’t lose to anybody. I want to win States; that’s our goal.”

The undefeated run by the Coyotes is remarkable, considering the team only won three games during the 2021-22 high school basketball season.

“This is a good feeling,” said Brown. “I’m glad because last season we finished 3-24, so it was not good, but now to see how far we came, it’s a good feeling.”

This past April, Clarksburg Athletics hired McCloud as their new head coach, as he hopes to have his team ready for the start of high school season.

“It’s a good prelude to the season,” said McCloud. “It just means that guys are going to be locked into the season and ready to go when November 15th gets around.”

“They’re a great team,” said Speller-Boyd. “They fought hard. They hit a lot of big shots. I’m just happy that we were able to play defense and get stops, and then turns stops into points.”