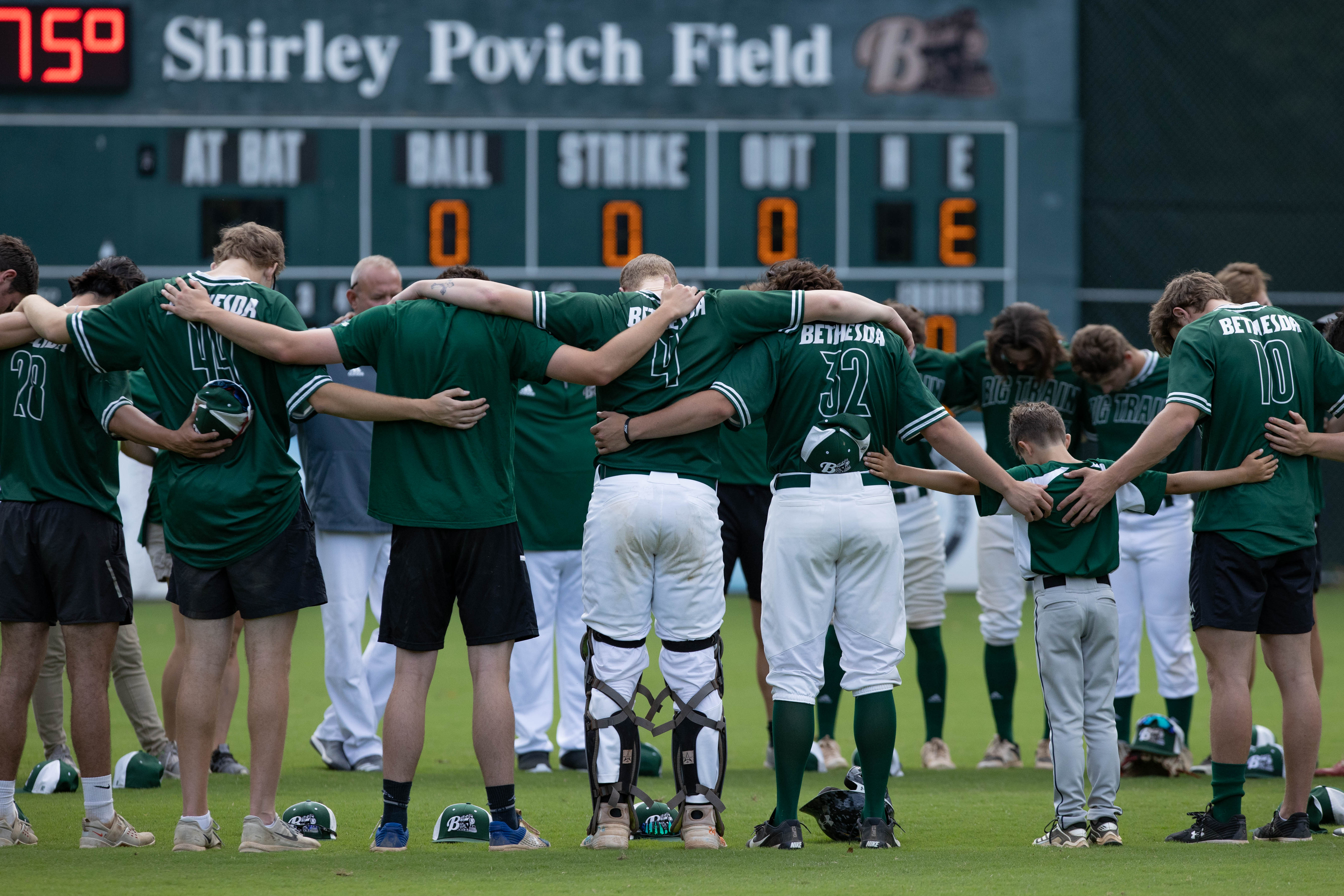 BETHESDA – The Bethesda Big Train and Gaithersburg Giants held a doubleheader at Shirley Povich Field on Wednesday, with the Big Train taking the first game 11-1.

Bethesda even went off in the second game thanks to solid hitting and pitching, winning the evening game 7-1.

“It was nice just to keep them at one run and have the Big Train go do what they do and go hit,” said Sanders. “It’s nice to be able to compete out there and give it our all.”

The one hit Sanders gave up was in the top of the second inning when Giants designated hitter Ehi Okojie hit a home run over the left field wall. Nevertheless, the Bethesda pitcher never allowed anyone else on base after that inning.

“The home run was a missed pitch, and he took advantage of it,” said Sanders. “It put me into next gear and said, ‘Hey, let’s go. No letting up.’ Overall good outing, and I’m happy with it.”

Luckily, the bats came alive for the Big Train as infielder Peyton Schulze went 2 for 3 with 3 RBIs.

“We’re starting to hit our stride as a team and playing our best baseball,” said Schulze. “The playoffs should be fun.”

In the bottom of the third, Emilien Pitre hit an RBI single to tie the game at 1-1. Then, Schulze hit a 2-RBI double to extend the lead to 3-1.

This followed with Trey Winget getting walked with the bases loaded, allowing Pitre to touch home plate and make it 4-1.

In the bottom of the fourth, Bethesda native D.M. Jefferson singled and drove in a run scored by Colton Hegwood.

Then, Jefferson scored on a wild pitch, while Schulze came through again with an RBI double off the center field wall to make it 7-1.

“I was hitting the ball well today,” said Schulze. “I’m just glad that I could help my team today.”

For the top of the seventh, Sanders was pulled as the Big Train sent Jordan Little to the mound to close the game.

Aside from Schulze, Pitre went 3-for-4 with two runs and one RBI, while Hegwood got two hits on three at-bats along with two runs; Jefferson also finished with two runs, and Luke Nowak also had two hits.

With the win, Bethesda remains at the top of the Cal Ripken League standings, with yet another championship in sight.

“I think we’re pretty steady,” said Sanders. “Our pitching staff’s going to hold it down, and our hitters are going to continue to hit. I’m pretty confident about where we’re at.”

“We’ve still got plenty to play,” said Frawley. “We’ve still got 13 games left, so a lot can happen in those days. I just want to make sure we’re competing at the highest level every single day.”