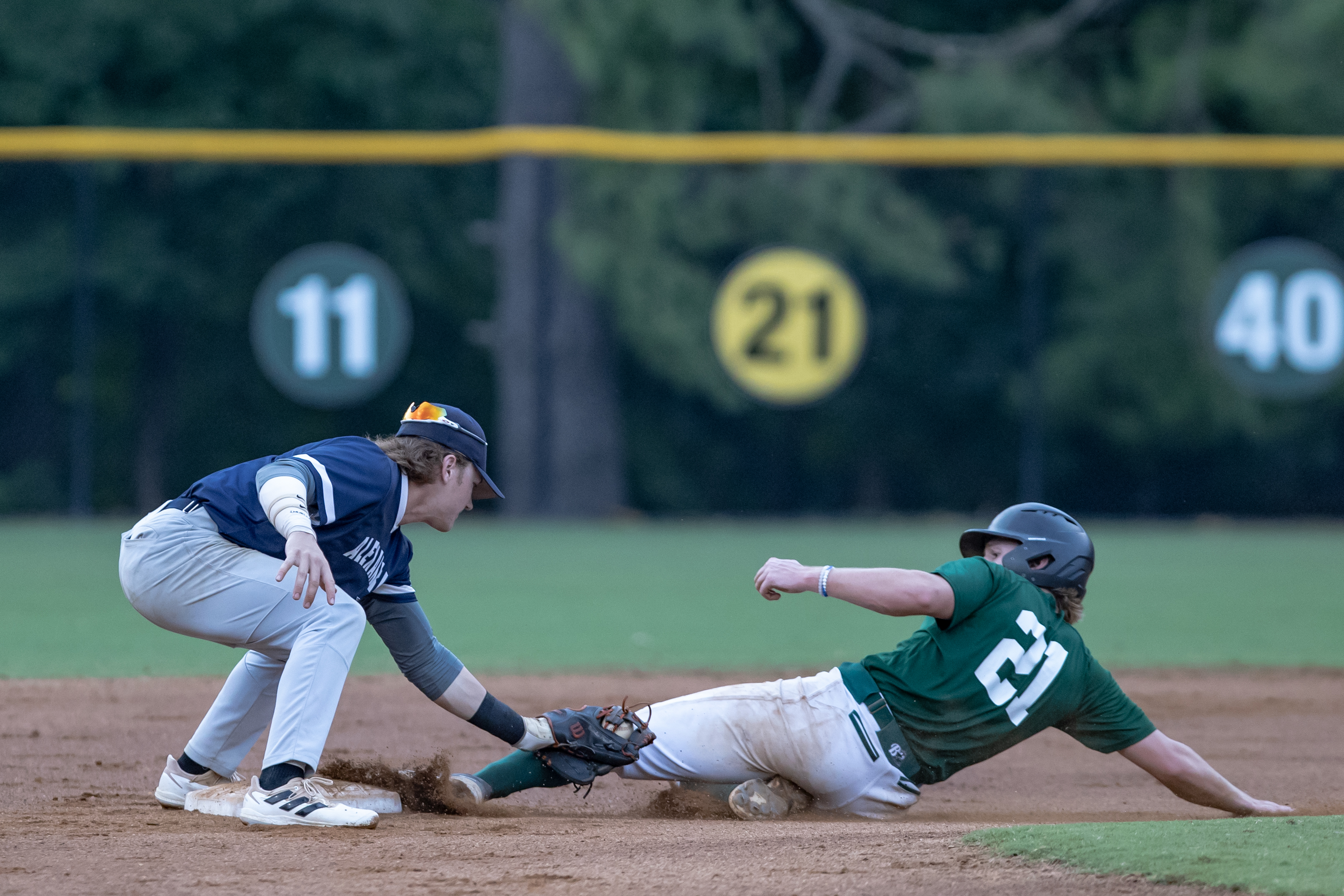 [See more photos from the Aces vs. Big Train here!]

BETHESDA – The best Cal Ripken Collegiate Baseball League teams faced off on Thursday as the Bethesda Big Train and Alexandria Aces had a seven-inning doubleheader at Shirley Povich Field.

While the Aces squeaked by the Big Train on a walk-off hit in the first game, Alexandria dominated most of the second game and won by the score of 13-7 in an affair that lasted nearly four hours.

“We battled out there,” said Aces manager Chris Berset. “It was a long day, and the boys played outstanding. I’m really proud of the whole squad right there.”

In the second game, Bethesda scored first, thanks to an RBI single from Emilien Pitre in the bottom of the first inning.

Everything changed at the top of the third, as Alexandria had 13 total at-bats. The Aces scored three consecutive runs on bases-loaded walks as the momentum soon swung in their favor.

The batting also played a huge factor in the inning. Jacob Friend had a sacrifice fly, Michael Eze had an RBI single, Cade Sullivan scored on an error, Eddie Hacopian had a 2-RBI double, and Adam Tellier had a sacrifice groundout, putting Alexandria up 9-1.

“Hitters put great swings on the ball,” said Hacopian. “In my at-bat, the pitcher made two good pitches that made me look foolish, but I was able to shorten up and poke one down the line.”

The Big Train then kept it competitive by adding a couple more runs in the bottom of the third, while the Aces scored two more times in the top of the fourth to make it 11-3.

Alexandria continued their scoring run in the top of the sixth when Brendon Harrity hit an RBI double, while Hacopian hit a sacrifice fly to extend the lead to 13-3.

“I’m always on the fastball, and that’s what they gave me,” said Harrity. “I was ready for it, and I drove it.”

Bethesda came close to a huge rally when they scored four more runs in the last two innings, but it was too little, too late.

“Coming back down from nine runs to cut it to a smaller deficit really shows that we have some character,” said Big Train outfielder D.M. Jefferson. “It’s really big going into the playoffs.”

The Aces finished with eight hits, as Hacopian went 2 for 4 at the plate with three RBIs and one run, while Harrity got three hits on four at-bats with one RBI and one run.

“I thought 1 through 9 was fantastic,” said Berset. “It’s just great to see, and the boys know that if one guy gets out, we have another guy behind him ready to go.”

With the win and only a few days left in the regular season, the Aces are a half-game behind the Big Train for first place in the standings.

“We’re going to keep playing our game like we always do,” said Harrity. “See where we end up.”

Meanwhile, Pitre turned out to be the best Bethesda hitter on the evening, as he went 2 for 4 with two RBIs and a run.