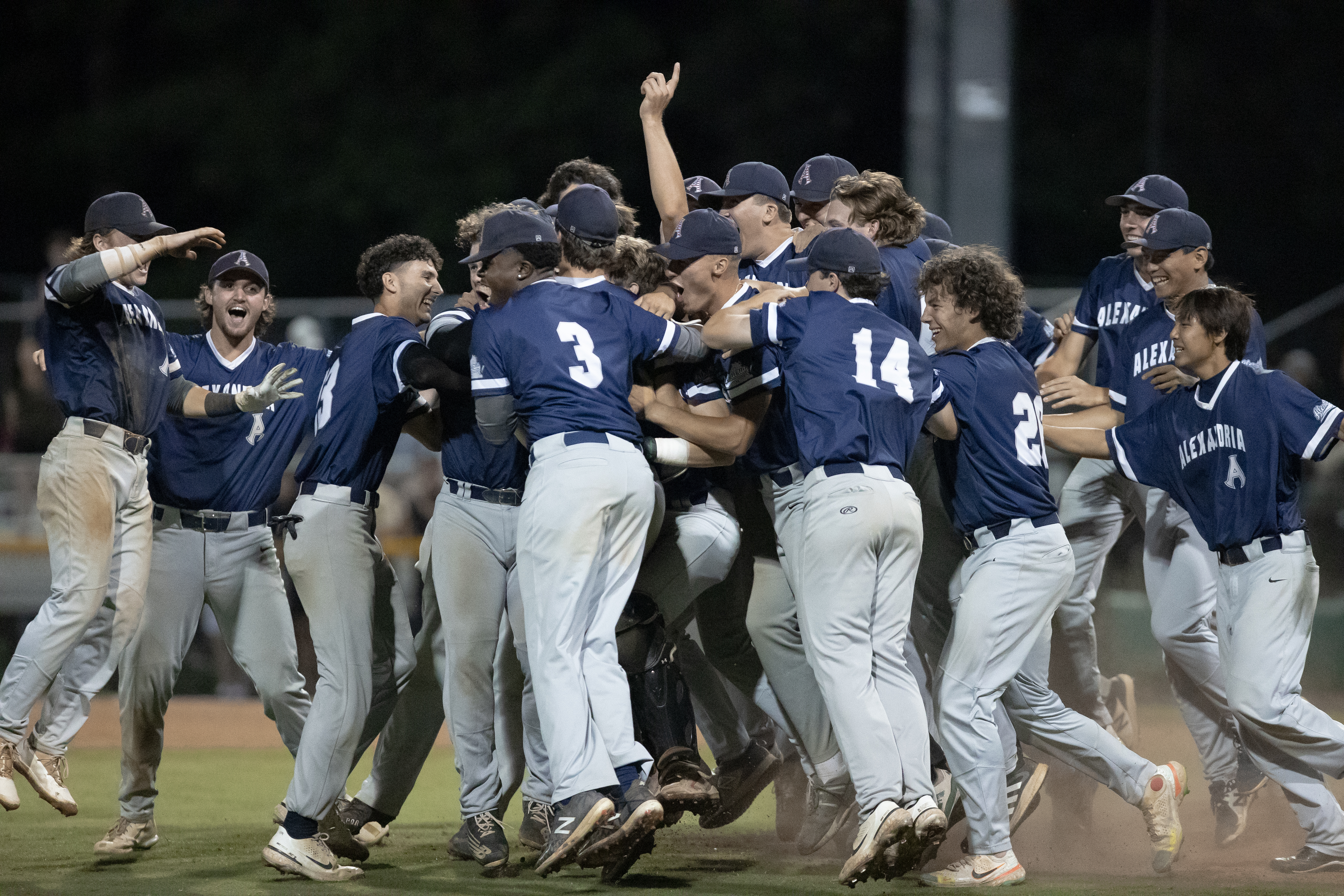 BETHESDA – The Bethesda Big Train and Alexandria Aces met at Shirley Povich Field for Game 2 of the 2022 Cal Ripken League Championship Series after the Aces won the first game in Alexandria.

In a competitive affair, the Aces came through in the top of the ninth inning with two clutch runs en route to a 5-3 victory, clinching their first Cal Ripken League championship in franchise history.

“It’s pretty cool,” said Alexandria manager Chris Berset. “We knocked a lot of firsts off the board today. The whole season, regular season, first win was yesterday. [So] to get the first title is pretty cool.”

Aces outfielder Eddie Hacopian was named the LCS Most Outstanding Player after going 1 for 3 with one run in Game 2.

“First and foremost, I’m just so happy we won it all,” said Hacopian. “This is such a team game. Every single one of these guys are just dawgs, and we just out-dogged them.”

The Game 2 result also snapped a five-year streak where the Big Train ended the season as league champions.

The first run came from Alexandria in the top of the third when Adam Tellier doubled off the wall and drove in Hacopian.

“This was our goal from the beginning,” said Hacopian. “We just wanted to come in here and win it and have a great summer. We accomplished both.”

But the Bethesda bats got going in the bottom of the fifth when Clay Wargo hit an RBI single, followed by Baylor Cobb hitting an RBI double off the wall, giving the Big Train a 2-1 lead.

Both teams got more competitive heading into the ninth inning, tied at 3-3.

“That’s what you want to see,” said Bethesda outfielder D.M. Jefferson. “You want to see competitive baseball. We came out here and gave all we got and some for two games.”

In the top of the ninth, Dylan Koontz scored on an error, while Cade Sullivan then hit a home run to make it a two-run game.

“It felt amazing,” said Sullivan. “That’s why you play baseball for moments like that, to get opportunities like that, help your team come out with the win.”

Finally, Aces pitcher Ryan Brown struck out the last three Big Train batters in the bottom of the ninth to seal the deal.

“We knew coming in here, it wasn’t going to be an easy battle,” said Sullivan. “We just came in, gave it our all, and ended up coming out with the win.”

Sullivan went 1 for 3 at the plate with an RBI and a run, while Connor Offshack was 2 for 4 with one RBI.

“It’s such a testament to these boys, our coaching staff, and the ownership,” said Berset. “They worked hard. They developed and got better. To come out on top is such a great feeling.”

Hacopian felt proud to win the Cal Ripken League title in his hometown, as his father Derek and younger brother Chris were in attendance.

Despite the loss, Bethesda native Jefferson feels thankful to be assigned to play for his hometown.

“Just thankful to meet up with all the guys,” said Jefferson. “Because you’ve got guys from California, down in Florida, up north and everything. Just being able to connect with new personalities and people is just a blessing in itself.”