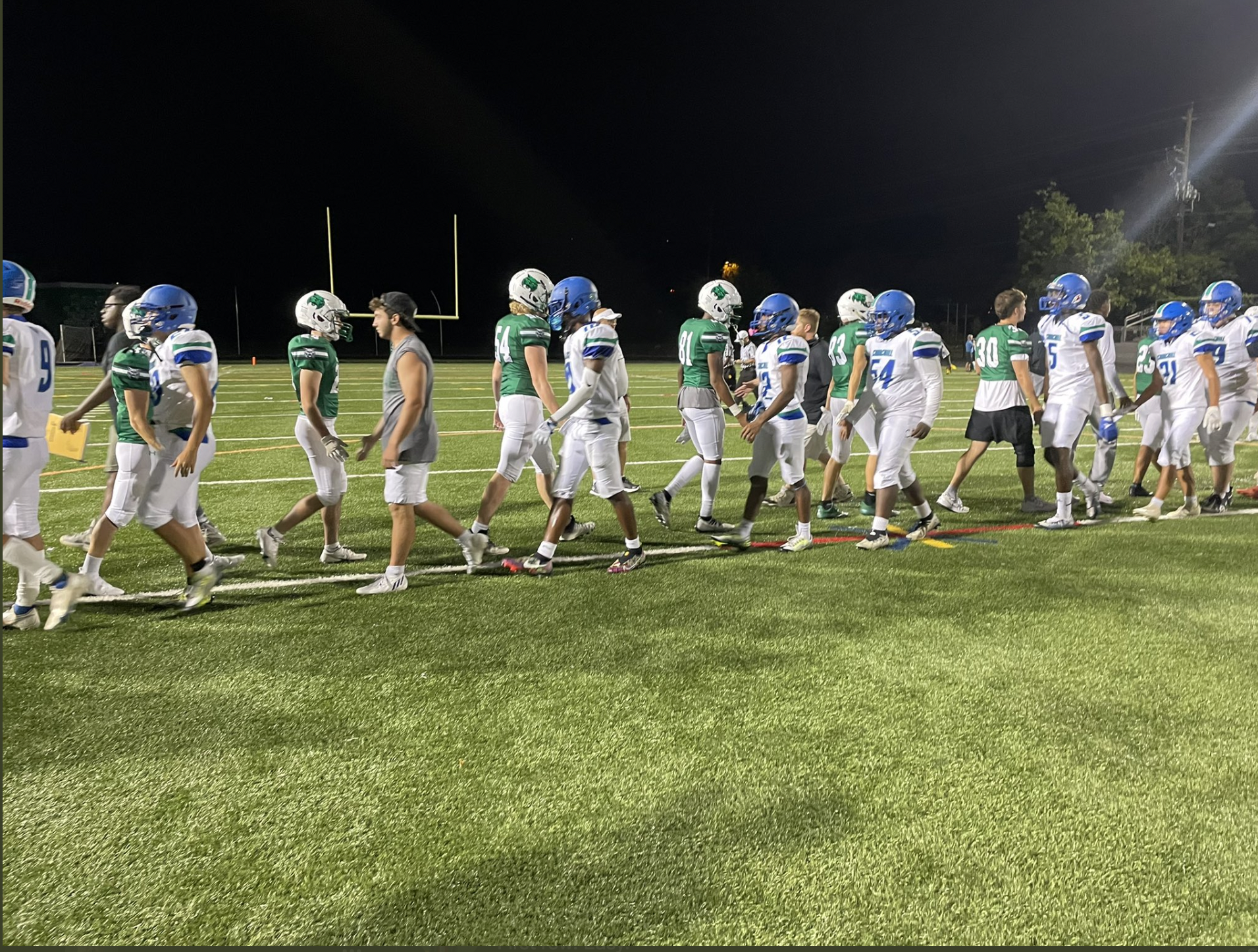 The first half was a low-scoring affair between both teams, but the Wildcats took full advantage in the second half for the 21-9 victory over the Bulldogs.

“We have a philosophy of ‘All clap, no rap,'” said Walter Johnson head coach Larry Hurd. “We try not to say too many things outside, but we feel like we’ve got a pretty good ball club.”

The Wildcats attacked first with a turnover after recovering a fumble. However, they failed to convert a 44-yard field goal on the following drive.

Churchill quickly responded on the ensuing drive. On 4th and 2 in Walter Johnson territory, quarterback Justin Huebl connected with wide receiver Zeke Avit for the 32-yard touchdown late in the first quarter.

“We’ve got to figure something out because they’re going to start taking Zeke away like they did tonight,” said Bulldogs head coach Joe Rydzewski. “We need to find ways to either get him the ball or get other people the ball.”

In the second quarter, Wildcats quarterback Charlie Blessing hooked up with wide receiver Reid Wisniewski for a long pass play, setting up running back Elijah Barringtine for a 2-yard score, with the extra point giving the home team a 7-6 lead at the half.

“Charlie and Reid have a special combination that goes way back to ninth grade,” said Hurd. “They hit on a couple of big plays tonight.”

Early in the third quarter, Churchill kicker Daniel Huck nailed a 39-yard field goal to give his team a 9-7 lead.

However, Walter Johnson took over from there as Blessing converted a 43-yard run to set up a 1-yard quarterback sneak into the end zone for the touchdown to give the Bulldogs a 14-9 lead.

“We worked really hard for this,” said Blessing. “We had some adversity. We had some penalties to start off with. We came back. We won. That’s all that matters.”

Very late in the game, on a 4th down conversion attempt, Huebl was under pressure deep in his own end zone, as he lobbed the ball up, which fell into the hands of Wildcats defensive tackle Jonny Fisher for the interception.

“It was amazing,” said Fisher. “Moments like that, you dream for. Didn’t expect for that to happen, but I saw the ball in the air, and then I went from there.”

The turnover set up another touchdown run from Blessing that would seal the game. Walter Johnson started the game without two of their top four receivers, yet still got the job done.

“We had a lot of opportunities,” said Blessing. “We still have a lot of work to do. There’s some stuff we have to tweak and fix, but we got it done.”

Meanwhile, the Bulldogs had more than six starters out for the game, including half of their wide receiving core. In addition, a freshman started at middle linebacker on Friday night.

“There’s no excuses,” said Rydzewski. “We’ve still got to line up to play the freaking game. It’s just a tough situation to be in, but we’ve got to perform better than that.”