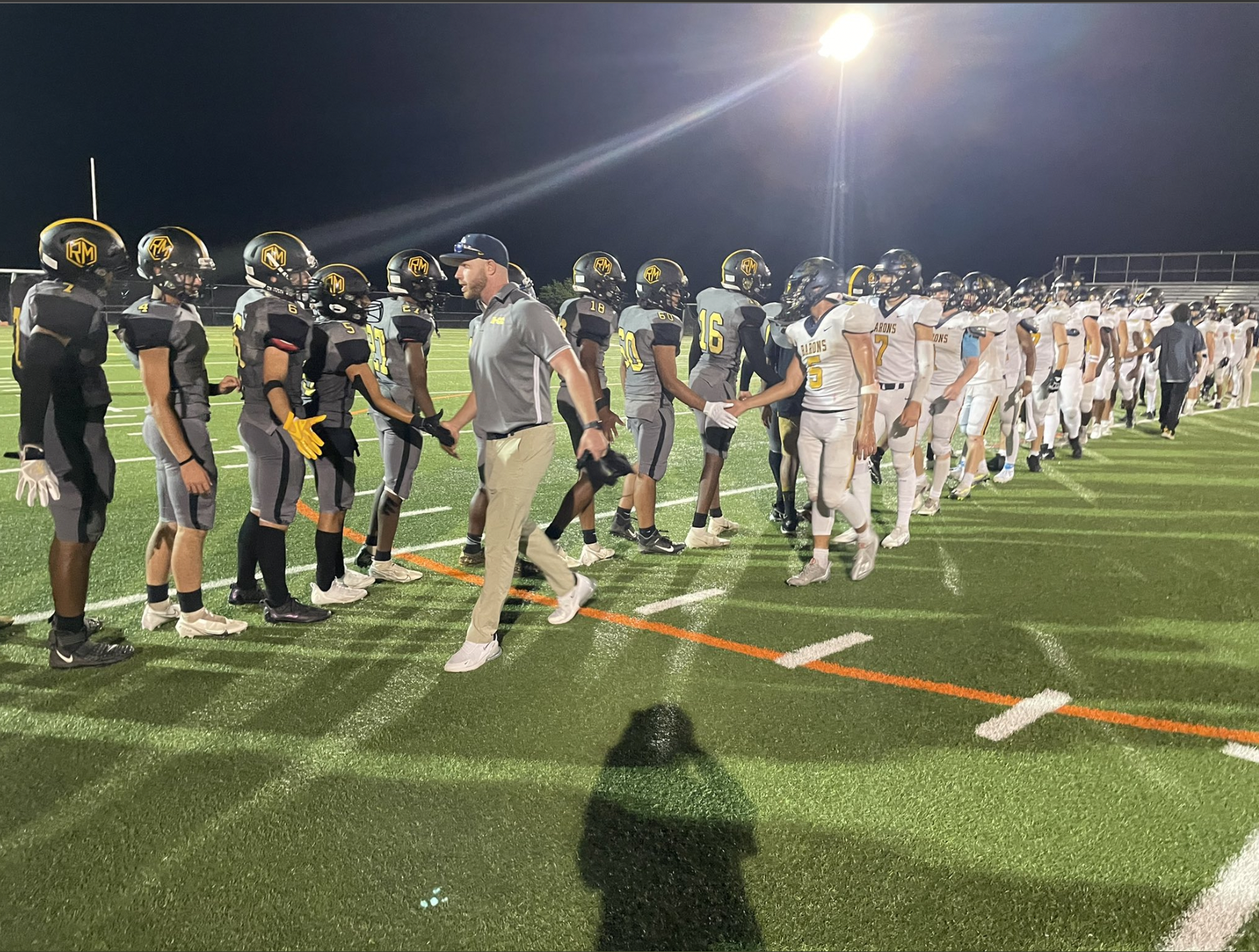 ROCKVILLE –  The Richard Montgomery and Bethesda-Chevy Chase high school football teams looked for their first win of the season as they faced each other on Friday night.

The game turned out to be very competitive, with both teams trading scores, but the Rockets got the job done for the 49-35 victory over the Barons.

This victory for Richard Montgomery comes one week after they lost to Urbana 38-0.

The first half wasn’t easy as the Barons went up 14-0 in the second quarter, thanks to a rushing touchdown and a passing touchdown from quarterback Carson Griffey.

However, Richard Montgomery responded by reaching the end zone twice, courtesy of a red zone touchdown connection from Dixon to Rafael Rodriguez and a short rushing score from Brooks.

“We had a good practice,” said Dixon. “That translated to the game. We feel good about it, and we’re ready for Seneca [Valley].”

However, two missed two-point conversion attempts kept the score at 14-12 at halftime.

Things got even more interesting in the second half, as Dixon connected with Chico Lopez for a 22-yard score, but the two-point attempt was unsuccessful, making it 20-14 RM early in the third quarter.

“Against Urbana, we had a pretty tough week,” said Dixon. “And then I got locked in at practice, started commanding the huddle, and doing my job.”

B-CC responded on the ensuing drive with a Griffey quarterback sneak into the end zone for the score, but the extra point attempt was blocked, making it a tie game at 20-20.

“He’s a great kid,” Barons head coach Ben Minturn stated about Griffey. “He prepares each week, and it shows up on game day. When you do a lot of the right things all week long, it shows up in the games.”

Late in the third, Dixon connected with Brandon Corsale on a 48-yard passing touchdown to give RM a 27-20 lead.

However, B-CC responded with a two-yard score from Khari Rogers and a successful two-point conversion to make it 28-27.

But then the Rockets found the end zone two more times, thanks to another Brooks rushing score and another touchdown pass from Dixon to Lopez, making it 42-28.

“We know what these guys are capable of,” said Thompson. “We are getting close to putting it together. We definitely made some plays tonight that we were capable of, but we have to continue to get better.”

The Barons scored again on a short rushing touchdown from Luke Mata, but after a failed onside kick attempt, Brooks found the end zone one more time, sealing it once and for all.

“I’m proud of my guys for fighting hard,” said Minturn. “Hats off to RM for getting the job done.”