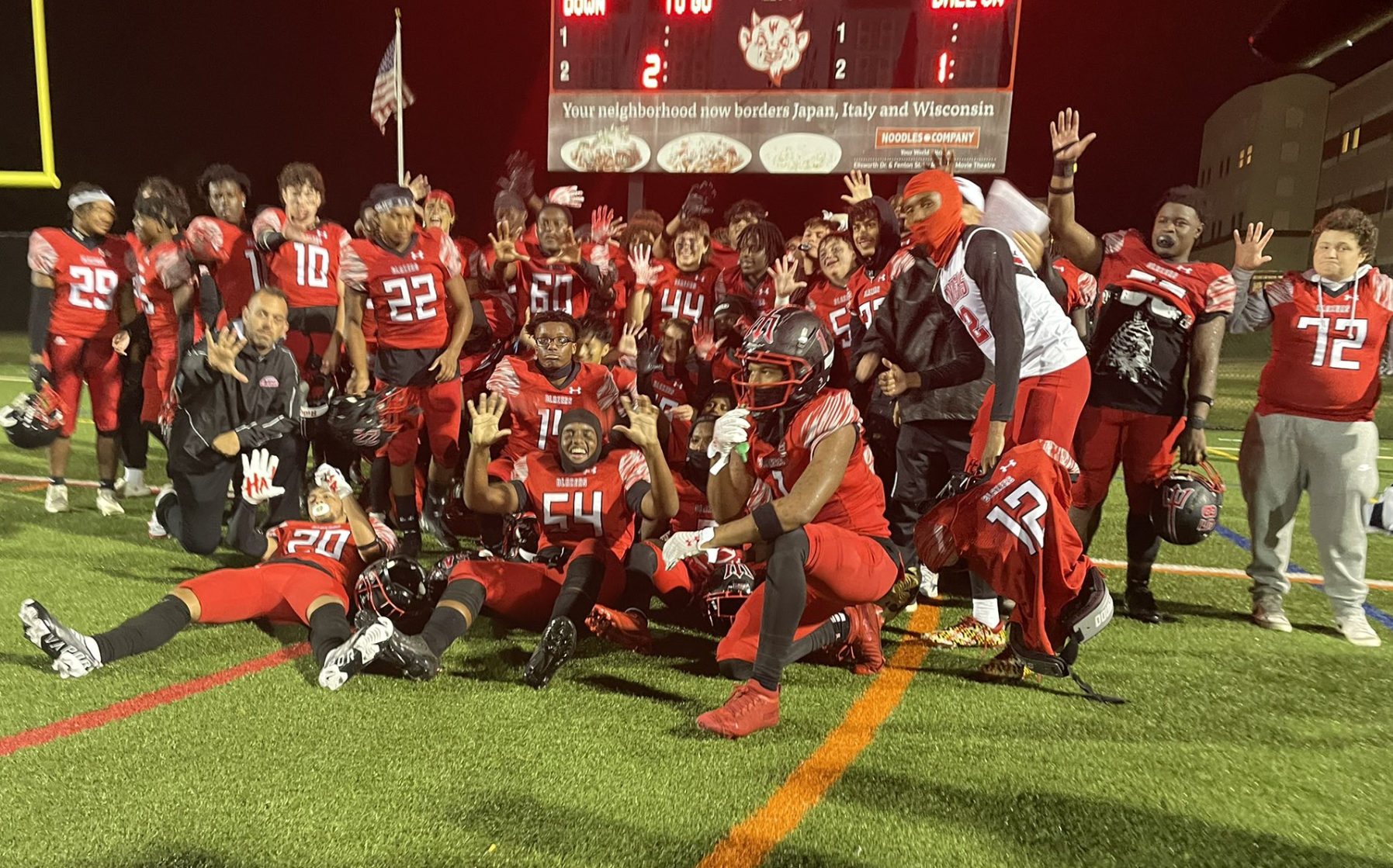 SILVER SPRING – The Blair High School football team has had one of its best starts in program history by winning its first five games of the 2022 season.

The Blazers hosted Blake Friday on homecoming weekend, and after trailing 13-6, Blair scored 46 unanswered points for a 52-13 blowout victory over the Bengals to improve to 5-0.

Blair quarterback Kendall Anderson continued his impressive start to the season as he threw two touchdowns and ran in a score.

The Blazers opened the game with Quinn Stofa at quarterback, as he tossed a touchdown pass to Mikhail Seiken for the 6-0 lead.

But in the second quarter, Blake scored two touchdowns, courtesy of a Jeremiah Seaton 14-yard run and a Joey Faunteroy-Jesai McKenzie 11-yard connection, to take a 13-6 lead.

However, the momentum shifted late in the first half, as Anderson threw a deep pass to a wide-open Aven Williams for a 43-yard touchdown, with a successful two-point conversion giving Blair a 14-13 lead.

“We just got the momentum,” said Anderson. “We came out a little slow because it rained in the element, so we got it back in, and we were clicking. It worked.”

With less than 30 seconds left in the first half, Anderson connected with Jamall Worrell for another score, extending Blair’s lead to 9 points.

“He’s a difference-maker for us,” Nosoff stated about Anderson. “Even when a play breaks down, Kendall’s able to make something happen. It’s at least once or twice a game, we say to ourselves, ‘How did that happen?’”

Blair’s first score of the second half came on a jet sweep, as Worrell raced past multiple defenders for a 26-yard touchdown.

“We’re loaded with difference-makers on this team,” said Nosoff. “At any point in time, it doesn’t matter who gets the ball. Chances are they’re going to score or get a chunk play.”

The Blazers’ next two offensive drives also resulted in touchdowns, as Tariq Taylor found the end zone from five yards out, while Anderson scored on a quarterback sneak.

“We’re trying to go undefeated,” said Anderson. “We’ve got a lot of momentum, and we’re going to keep it going.”

Blair’s defense also stepped up in the victory. Besides shutting out the Bengals in the second half, Loic Nemlin intercepted Faunteroy and ran it back for a 65-yard touchdown.

“We practice every week,” said Nemlin. “We practice 100%. As soon as we realized what they were doing, we just really decided to turn it up.”

The game’s final score came with three minutes remaining when Taylor ran in his second touchdown.

“Definitely a great win,” said Nemlin. “I’m happy we’re 5-0, but we’ve got a lot to improve on if we’re going to continue to improve.”