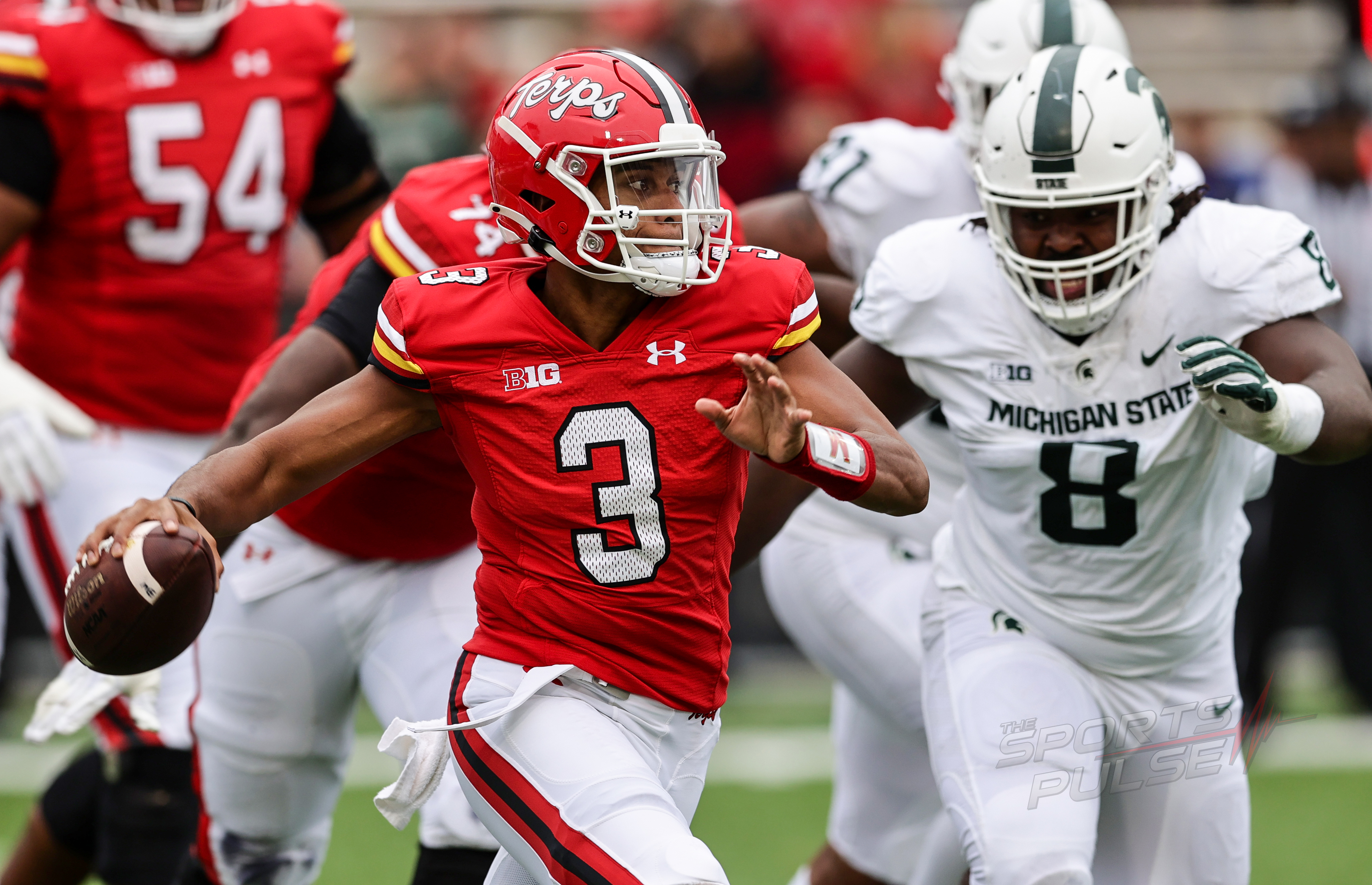 The game remained close throughout, but the Terrapins pulled away for a 27-13 victory over the Spartans to improve to 4-1 overall and 1-1 in Big Ten play.

“I see growth out of our team, out of our football family,” said Maryland head coach Michael Locksley. “But I continue to caution, ‘We’re not there yet.’ We still have a lot of work to do.”

Running back Antwaine Littleton II capped off an excellent performance with a career-high 120 rushing yards and one touchdown on 19 carries.

“It just shows all the hard work that I put in during the offseason,” said Littleton. “It just feels really great for us to get this team the win today. I’m very proud.”

Quarterback Taulia Tagovailoa looked poised behind center, finishing the game throwing 32 of 41 for 314 yards and a score. His performance came two days after his older brother, Miami Dolphins quarterback Tua Tagovailoa, suffered a devastating head injury, his second in his last two games.

“We just tried to keep him as happy as we could,” Littleton said about Taulia. “We made sure that his mind wasn’t clustered with all the things that were going on with social media, even though he’s not a social media kind of person.”

Maryland scored first after Littleton scampered into the end zone from 15 yards out. However, Michigan State responded when Elijah Collins juked two defenders on his way for a 12-yard score to tie the game with over five minutes left in the first quarter.

Late in the first half, Spartans quarterback Payton Thorne connected with Jayden Reed in the corner of the end zone, but a missed two-point conversion kept the score at 14-13.

The Terrapins kept the momentum in their favor when Tagovailoa found Rakim Jarrett for a 5-yard score. But, Meanwhile, its defense did its job, as defensive back Tarheeb Still finished with a career-high nine tackles, while Beau Brade and Ahmad McCullough each had eight tackles.

“The coaches really challenged us to get after them in the second half,” said Still. “I feel like guys accepted the challenge, and we really wanted just to dominate, so that’s what we did.”

Michigan State attempted a field goal at the end of the half, but it was blocked by Maryland defensive back Jakorian Bennett, leaving the score 21-13 at halftime.

Maryland’s defense held the Spartans’ offense scoreless and 75 yards in the second half, including just eight yards in the third quarter.

The last two scores of the game were both field goals made by Maryland kicker Chad Ryland, including a 43-yarder in the third quarter and a 51-yarder in the fourth.

Next up, Maryland returns home to face Big Ten opponent Purdue on Saturday, Oct. 8, at noon.