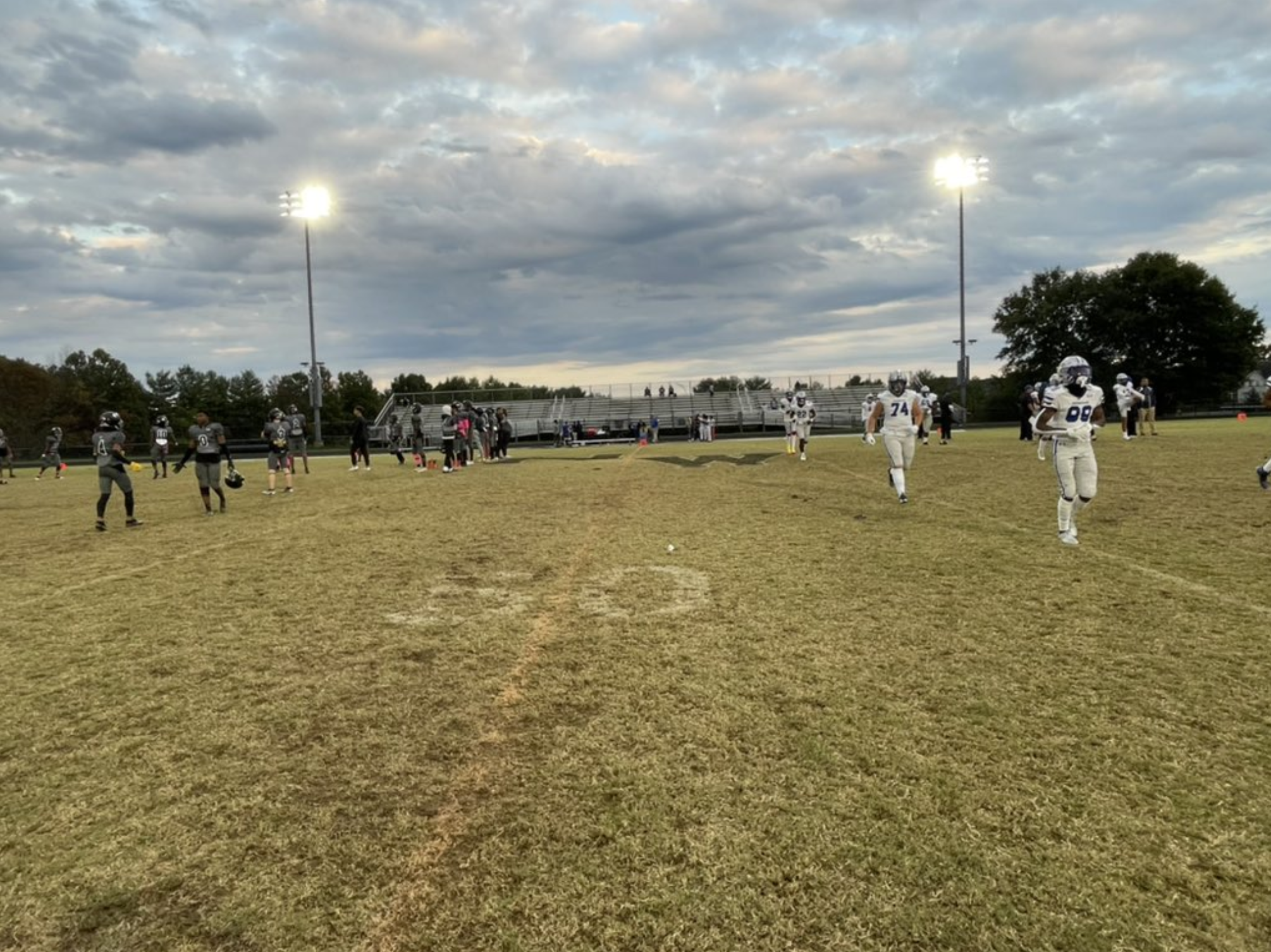 GERMANTOWN – The Northwest High School football team entered Friday night with one official win of the season as it prepared to host a Sherwood squad (4-2) looking for a fourth straight victory.

The embattled Jaguars (2-3) made enough plays in a sloppy affair to win its homecoming game 24-0 Friday night.

“I’m happy to see that the guys got a win on homecoming weekend,” said Northwest interim head coach Yaw Adoo. “Every week, we just preach to these guys to reach the standard of Northwest football. Today I think we got one step close to doing that.”

The Jaguars opened the game with a bang, as wide receiver Antonio Berry ran multiple direct snaps successfully downfield, leading to a 2-yard rushing touchdown by Ta’Vian Robinson. However, Northwest failed on the extra-point, keeping the score at 6-0.

“We worked real hard for this win,” said Berry. “We’re just working real hard in practice to bounce back. We had two tough losses in the beginning. We’re back now. We’re back.”

Both teams went three-and-out on offense and punted multiple times as the score remained the same entering the second quarter.

The Jaguars broke the pattern with a long offensive drive that began late in the first quarter and continued through the second. Facing fourth down in the red zone, quarterback Nick Holloway handed the ball off to Berry for a 5-yard touchdown run to cap off the drive.

“Ta’Vion, that little man is a dawg,” said Berry. “Best running back out here. Nicky, best QB out here. I’m glad I got my two men out here with me. We’re going to click.”

Sherwood’s offense couldn’t get much going in the first half, as they failed to convert on fourth down in the red zone just before halftime.

“That team is a good football team, despite their record of 1-4,” said Warriors head coach Andrew Fields. “We didn’t play the way we wanted to play, but credit to them.”

Early in the third quarter, Sherwood’s defense sacked Holloway and forced a fumble, which they recovered, leading to another opportunity for the offense.

However, the Jaguars’ defense stopped them on fourth down once again.

“We watch film every day,” said Northwest defensive back Jakai Joppy. “We see our keys. We know what we’re doing.”

The Jaguars capitalized once again as Berry took another direct snap and scored from 10 yards out to increase their lead by 18.

“A lot of people know we haven’t been at full strength,” said Adoo. “It’s the closest to full strength that we’ve been all season. It looked really good today. Really promising for the future here.”

The contest’s final score came early in the fourth when Robinson scored his second touchdown of the night, this time on a 4-yard carry.

“Every week we can get a shutout, it’s a great week,” said Adoo. “We preach to reach the standard on defense. The standard that we set last year was shutouts.”