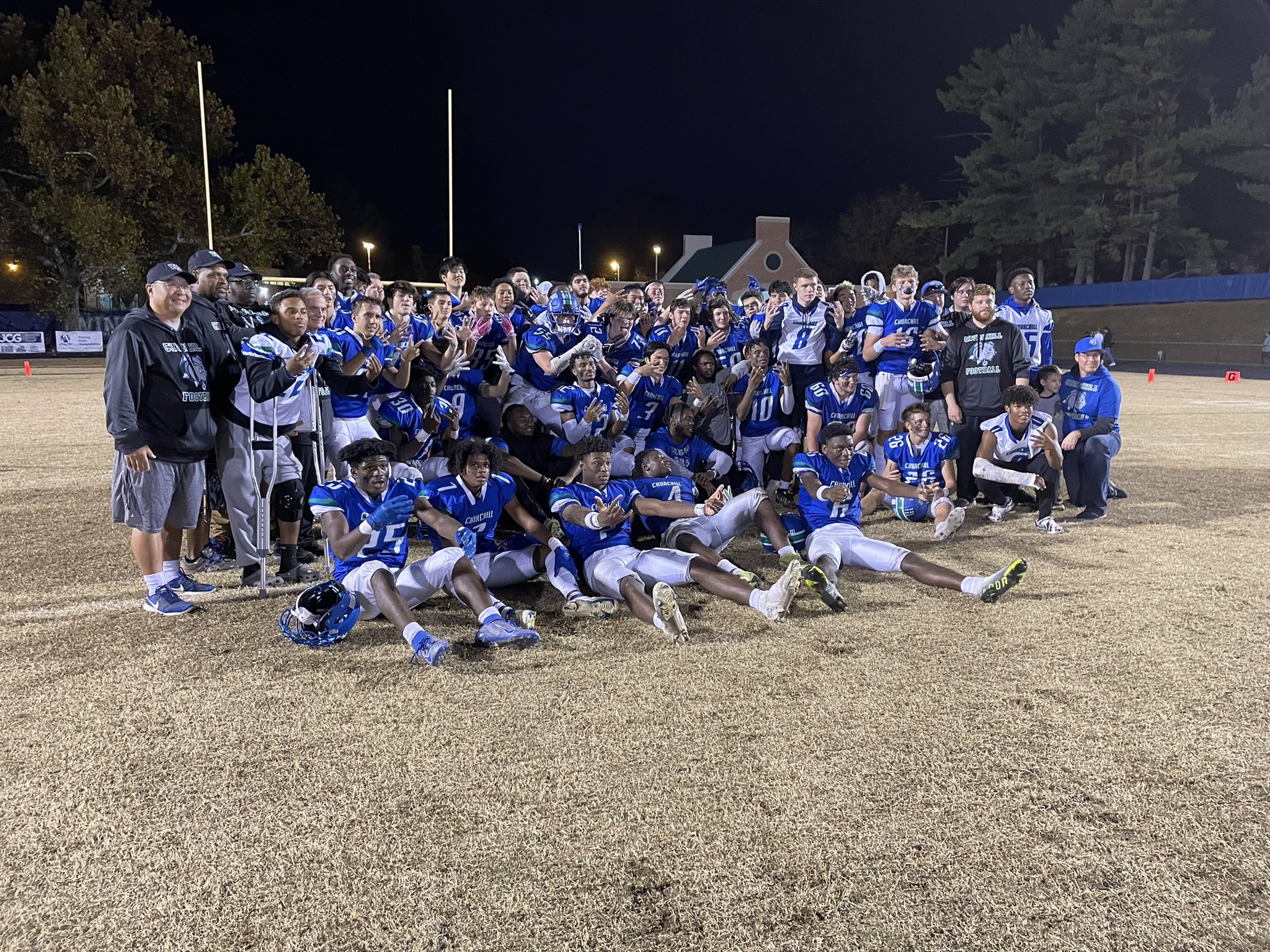 POTOMAC — No. 3 Churchill hosted No. 6 Richard Montgomery in a 4A first round playoff football matchup on Friday. The game was close for the most part, but the Bulldogs led the way thanks to four rushing touchdowns from star running back David Avit for a 34-21 victory over the Rockets.

“Just to do it to them for three years straight, we just come out and do what we’re supposed to do,” said Avit. “Feels awesome.”

After a scoreless first quarter, Churchill put up the first set of points on the first play of the second quarter when Avit scampered into the end zone from 12 yards out, putting the home team up 7-0, which was the score at halftime. Avit’s second touchdown run came early in the third quarter, as he ran 69 yards down the field for a score, but the missed extra point kept it 13-0.

“We came out a little slow, 7-0 at the half,” said Churchill quarterback Justin Huebl. “But I think we really got ourselves together. David started running the ball like the beast that he is.”

RM got on the board a few minutes later in the third, as Anthony Dixon Jr. connected with Demarean Frazier for an eight-yard score, cutting the deficit to 13-7. However, on the Bulldogs’ ensuing possession, Huebl found Layton Johnson Jr. downfield, as Johnson raced past defenders for a 65-yard touchdown, extending the lead to 21-7.

“I see Layton cutting inside, I just throw it to him, and he did the rest,” said Huebl. “He beat like three defenders, hit a couple of juke moves, and he really did all the work there.”

But on the Rockets’ ensuing possession, the offense drove deep downfield to set up Dixon connecting with Teshaun Ryals-Wilson in the end zone, cutting it to 21-14 by the end of the third quarter.

Early in the fourth quarter, the Bulldogs had the ball in the red zone, as Avit scored for the third time, this time from five yards out, to extend the lead to 28-14.

RM tried to come back on the ensuing possession, but couldn’t convert on fourth down, which led to another short Avit rushing touchdown.

“The defense came up huge,” said Churchill head coach Joe Rydzewski. “That kid, No. 10, is an excellent quarterback. He’s all over the field, tough to stop. But when we needed them, they were awesome.”

The Rockets scored late on a short rushing touchdown by Ashad Brooks, but the Bulldogs recovered the onside kick.

“They played tough,” said RM head coach Randy Thompson. “We were down one score, got an interception in the end zone, a chance to go tie it at the end of the third quarter. But Churchill made more plays than we did. That’s all.”

Next up, Churchill advances to the second round, where they will host No. 7 seed Gaithersburg on Friday, Nov. 11.