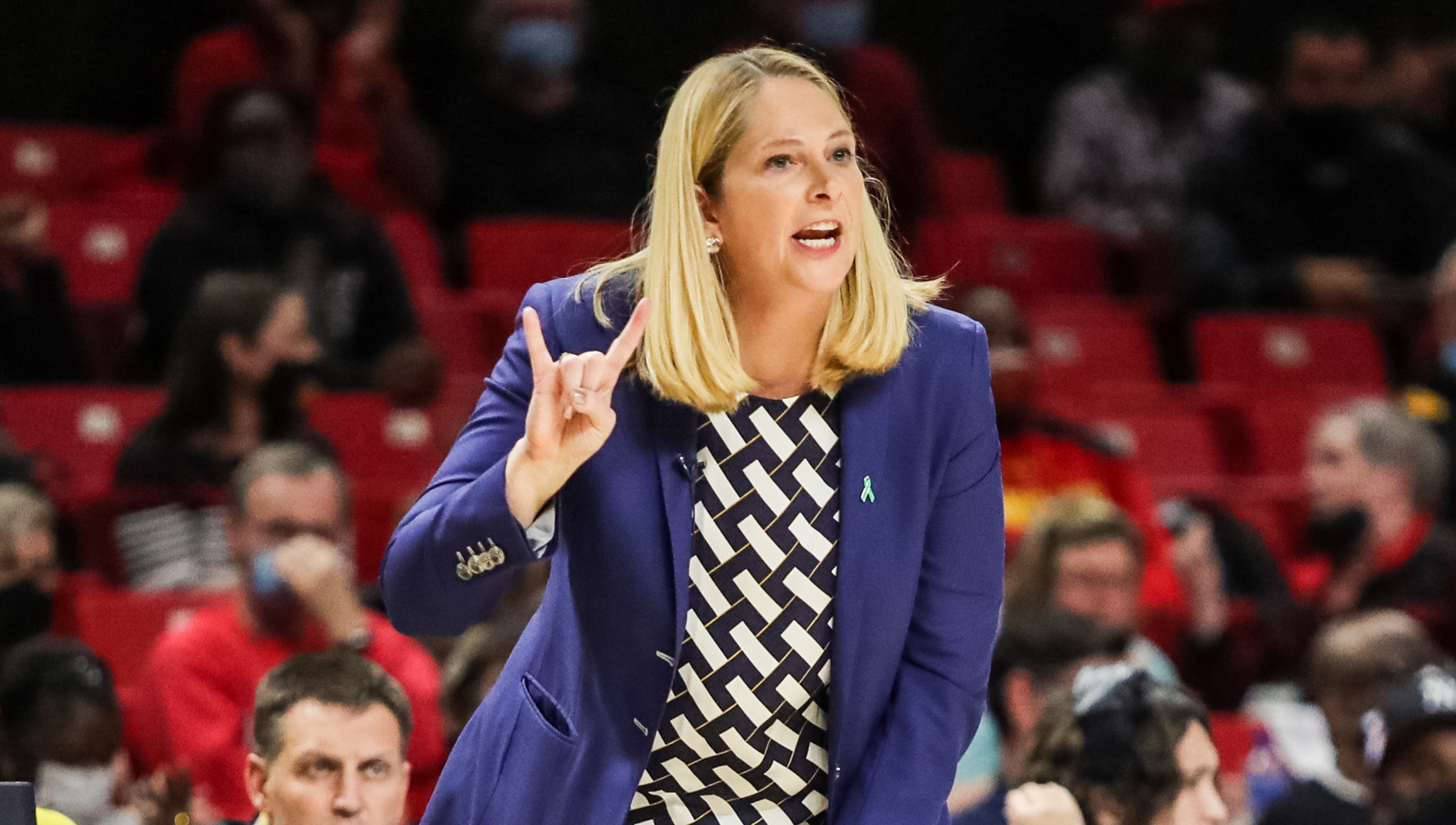 With star guard Diamond Miller out with an injury Friday night, No. 17 Maryland struggled from the field and proved no match against the top-ranked South Carolina as the Gamecocks earned the 81-56 away win.

Reigning National Player of the Year Aliyah Boston scored on a putback to give the visitors a 9-7 lead halfway through the first quarter, and the visitors never looked back. A 7-0 run by South Carolina late in the third quarter ballooned a nine-point lead to 16 and halted Maryland’s comeback in its track. The Terps dropped to 1-1 on the year, while South Carolina improved to 2-0.

“I really thought like we were going to learn a lot about ourselves and in this game,” Maryland head coach Brenda Freese said. “Two games in with almost an entirely new roster. I saw a lot of really positive things, especially in the first half.

“I thought our kids did a great job executing the game plan, and you just saw the third quarter got away from us,” Freese continued. Obviously, because of the depth that they had, the size, the experience, and we’ll get there.”

Potomac native Abby Myers stepped up without Miller and led the way for Maryland’s offense. She finished with 21 points, including 16 in the first half. Maryland had no other scorer reach double digits.

Myers credited South Carolina’s defense in the second half as to what the difference was.

“Basketball is definitely a streaky game. Give some credit to South Carolina; their defense is amazing. The players [are] really active. They’re long,” Myers said. “I think I definitely dried up a little bit. So it’s a personal thing I got to work on, but great stuff from South Carolina. They played great defense in that second half.”

South Carolina showed why they are the No. 1 ranked team in the third quarter.

The visitors used a 14-3 rebounding advantage to increase their six-point lead at halftime to 19 after the third quarter. Overall, the Gamecocks outrebounded Maryland 55-32.

South Carolina’s size posed a problem for Maryland throughout the game. Along with their rebounding advantage, the Terrapins were outmatched in the paint, with the Gamecocks winning the paint battle 40-20. However, Maryland did all it could to prevent Boston from getting the ball and held her without a shot in the second quarter.

“The team executed as well as they could have,” Freese said. “…we put the best plan together. I think we gave a blueprint for teams that do have size what it looks like to be able to beat them. So I thought our group did a really nice job though. I think that bodes well when you can game plan for other teams.”

Despite the clear size difference, Freese complimented her team on refusing to back down.

“This group didn’t flinch. They didn’t hang their heads. They didn’t feel sorry for themselves. They just went to the next possession,” Freese said. “And as long as we continue to play like that again — I thought even in the fourth quarter as big of a gap as it was, we just continued to keep scrapings possession by possession and just leave it at all out there.

The Terps continue a three-game homestand when they host Fordham at 1 p.m. on Sunday.