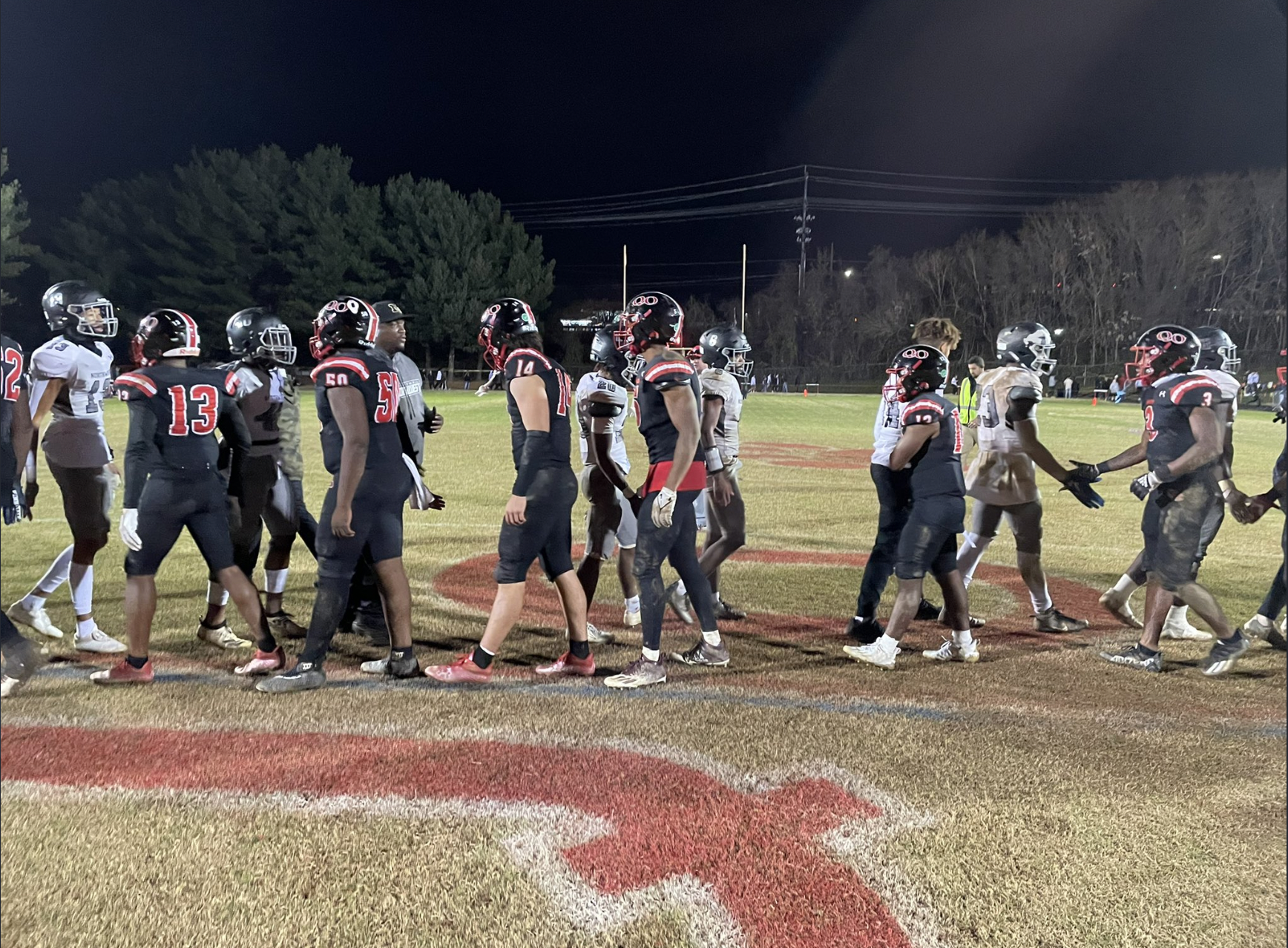 And unlike the first and lopsided affair in Gaithersburg, the underdog Jaguars battled and even shut out their Montgomery County rivals in the fourth quarter. However, an interception return for a touchdown was the final blow to end Northwest’s season as the top-seeded Cougars earned a 24-14 victory to remain undefeated and reach the state quarterfinals.

“When you play somebody twice, it’s always harder to beat them a second time,” said Quince Orchard head coach John Kelley. “They’re a good football team. I thought they did a good job. Our kids played really hard tonight.”

The lone first-quarter score came on the Cougars’ opening drive when quarterback Savan Briggs completed a pass to Zach Zarchin, who ran down the sideline for the 36-yard touchdown.

“I feel like the passing plays that we needed to make happen happened,” said Briggs. “Our receivers got the ball. They did a great job bringing the ball in.”

Northwest kept it close in the second quarter by running several trick plays with wide receiver Antonio Berry playing quarterback, as he scored on a short touchdown run, but a botched extra point attempt kept the score 7-6.

Late in the first half, Antonino Marzullo stepped in at quarterback for the Cougars for multiple plays, including a 6-yard rushing touchdown to extend their lead by eight points before halftime.

“It’s a very special rivalry,” said Briggs. “I’ve only been here for two years, so I feel like those two years have been special every time we played them.”

Early in the third quarter, the Jaguars were deep inside their territory when Nicky Holloway’s pass was intercepted by Quince Orchard linebacker Matthieu Longa in the end zone for the defensive touchdown to make it 21-6.

“I take credit, and I give credit to my coach [John] Kelley, Coach [Darnell] Evans, and Coach [Fred] Kim,” said Longa. “They always tell our linemen to adjust to the assignment, and with that, you’ll make plays.”

Northwest attempted a comeback late when Holloway connected with Marcus Middleton for a 5-yard touchdown. However, the Jaguars’ last-minute rally was not enough to stop Quince Orchard’s defensive resolve.

“It’s a really good rivalry,” said Longa. “It really tests you how you are as a player and as a person. They’re well coached, great coaching staff, great players.”

With the win, the Cougars will host Old Mill at the Cougar Dome in a state quarterfinals matchup on Friday, Nov. 18.

“I’m really excited,” said Briggs. “We only have three more games till a state championship. That’s the goal. We’re going to take it one game at a time.”