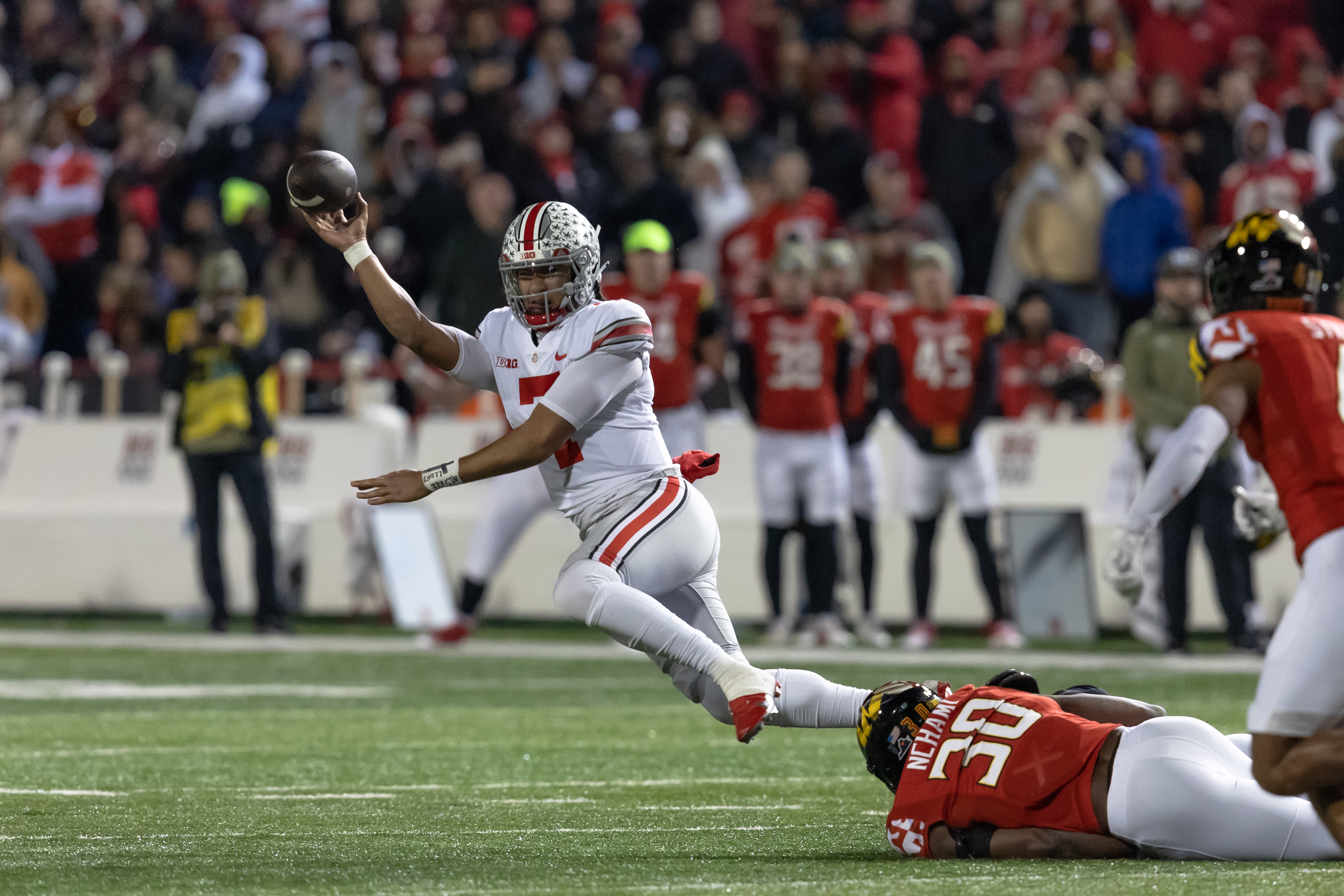 COLLEGE PARK – After consecutive road losses to Wisconsin and Penn State, the University of Maryland football team returned home Saturday evening with a tough task of facing No. 2 Ohio State.

The Terrapins held their own against the Buckeyes, leading at halftime by three points. However, Ohio State scored 33 second-half points to earn a 43-30 victory at SECU Stadium.

“This week, we just did a better job of executing,” said Tagovailoa. “We actually picked up our tempo a lot. We played fast. That’s what we’re good at.”

The Terrapins’ defense limited Buckeyes quarterback C.J. Stroud to one touchdown, but the Heisman hopeful finished going 18 of 30 for 241 passing yards. On Ohio State’s opening possession, he threw a 31-yard touchdown pass to TreVeyon Henderson.

“He did a lot of great things, threw a lot of great balls,” Maryland defensive back Jakorian Bennett said on Stroud. “I see why he’s one of the best in the country. It was good playing him.”

After two field goals, the Buckeyes led 10-6 early in the second quarter until the Terps drove 75 yards downfield on 14 plays on their next possession.

The drive resulted in Tagovailoa connecting with tight end C.J. Dippre in the end zone for a short touchdown to give Maryland the lead before halftime.

“Our energy was obviously there all game,” said Dippre. “We’ve just got to move on and know that we can contend with anyone if we play to our standard.”

Momentum shifted back towards the Buckeyes in the second half after a blocked punt put them in good field position. Running back Dallan Hayden capitalized right away, scoring the first of his three touchdowns to give Ohio State a 17-13 lead. Later in the third, Hayden again found the end zone to make it a two-score game for Ohio State.

Yet, Maryland didn’t give up, as Tagovailoa used his legs for a five-yard rushing touchdown and added a two-point conversion to cut the deficit down to six points.

Ohio State responded during its next possession as Hayden scored his third touchdown. However, the extra point was blocked by Deonte Banks, and Bennett returned it to the other end zone to give Maryland two points.

The Terrapins continued to inch closer to Ohio State. In their ensuing possession during 4th and goal, Tagovailoa scrambled to evade multiple tacklers and ultimately found Jeshaun Jones in the back of the end zone for the touchdown, making it a three-point game.

After a Buckeyes field goal, Maryland had a chance for a late comeback with under a minute to go. But Tagovailoa was stripped of the ball during an attempted sack. It was recovered by Ohio State linebacker Steele Chambers for a defensive touchdown, ending all hopes of an upset.

“We’re never satisfied with a loss, obviously,” said Maryland head coach Michael Locksley. “But what you saw today was watch us go blow for blow with a team that I consider to be one of the best in the country.”

Next up, the Terps close out the regular season by hosting Rutgers on Nov. 26 at noon.