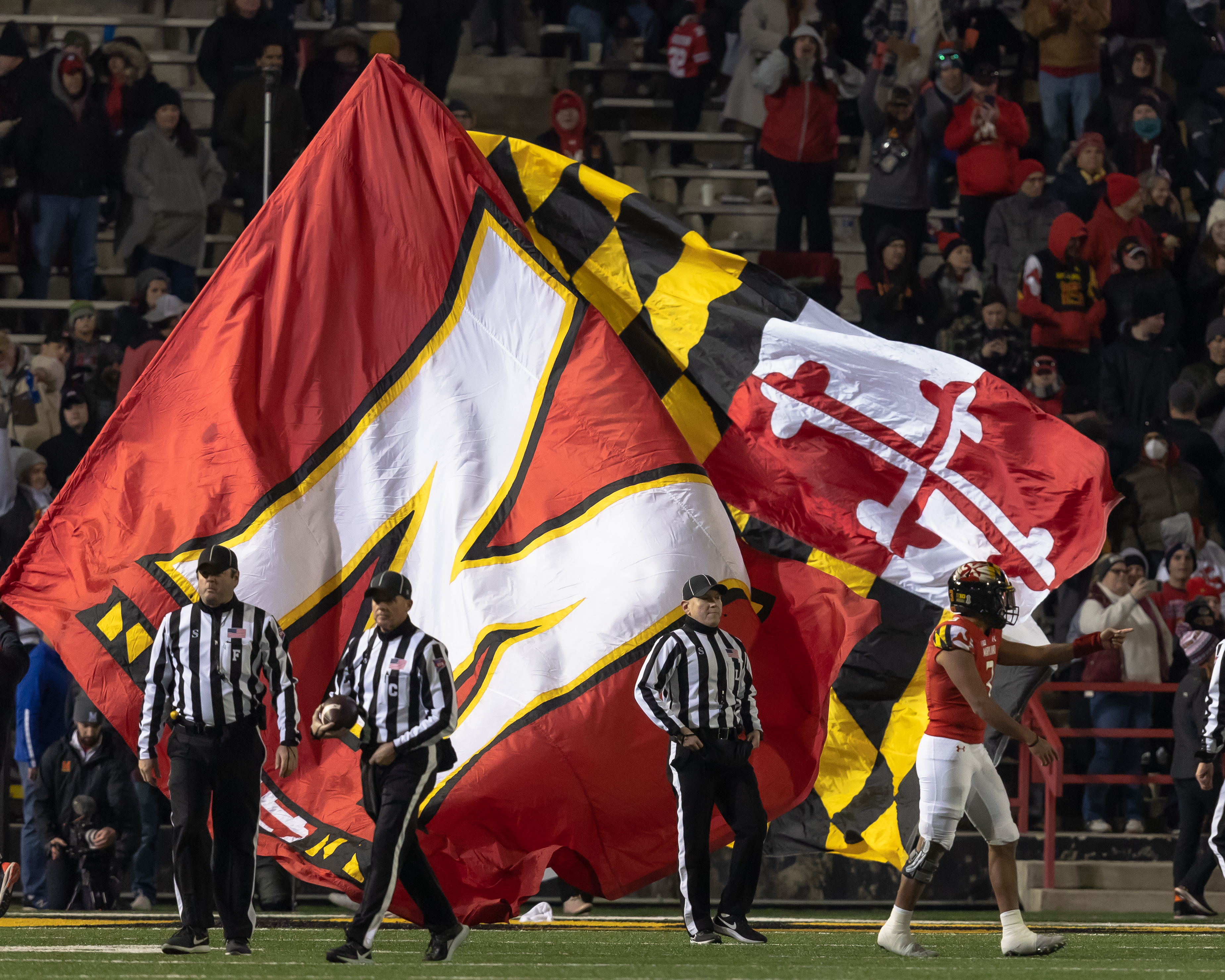 COLLEGE PARK – The Maryland Terrapins football team held their last regular season game at home against conference foe Rutgers on Saturday afternoon as the school looked to honor the seniors.

Maryland did just that as they fired on all cylinders for the 37-0 shutout victory over the Scarlet Knights. The result also marked the Terrapins’ first shutout win since joining the Big Ten Conference.

With the win, Maryland finishes the regular season 7-5 overall and 4-5 in conference play and is bowl eligible.

“We played our most complete game we’ve had all season in all three phases,” said Maryland head coach Mike Locksley. “I’m really proud of the leadership shown by the team.”

Maryland quarterback Taulia Tagovailoa had another outstanding performance, completing 25 of his 37 passes for 342 yards and one touchdown.

Tagovailoa’s touchdown pass to Jeshaun Jones in the fourth quarter was the 50th of his Maryland tenure, making him the school’s all-time leader in career touchdown passes.

“When I go out on the field, it’s just mostly doing my job,” said Tagovailoa. “I think everything is better when we just focus on our job.”

Jones also had a career day, as the super senior made nine catches for 152 receiving yards and a score in the win.

It’s been a long journey for Jones, who overcame two knee injuries in his Maryland career.

“Since I’ve been hurt, I’ve never really looked at it like I’m trying to do this or that,” said Jones. “If the ball comes my way, I just need to do my job. I need to be open and then make a play after that.”

Roman Hemby led the way rushing-wise with three touchdowns and 70 yards on 19 carries.

It was a great day for Maryland’s offense, as the Terrapins racked up 513 yards on offense, including 379 passing yards and 134 rushing yards.

“I feel like we left it all on the field there,” said Hemby. “We were clicking. It wasn’t like we were one-dimensional, we had a good game plan to exploit things on their defense, and we were able to make plays.”

Meanwhile, the Maryland defense also dominated, as the unit turned in its best defensive performance against a Big Ten opponent.

Maryland’s defense  held Rutgers to only 153 total offensive yards, which were the fewest yards allowed by the team overall since holding Howard to 68 in 2019.

The Terrapins even held the Scarlet Knights to 1 for 13 on third down, with the first conversion occurring with less than two minutes left in the game.

“Communication was the biggest thing,” said Maryland linebacker Ahmad McCullough. “There was nothing they were showing us that we haven’t seen before. It’s the last week, so we felt like we had seen everything.”

Maryland kicker Chad Ryland made three field goals, including two from 33 yards out and one from 46 yards out.