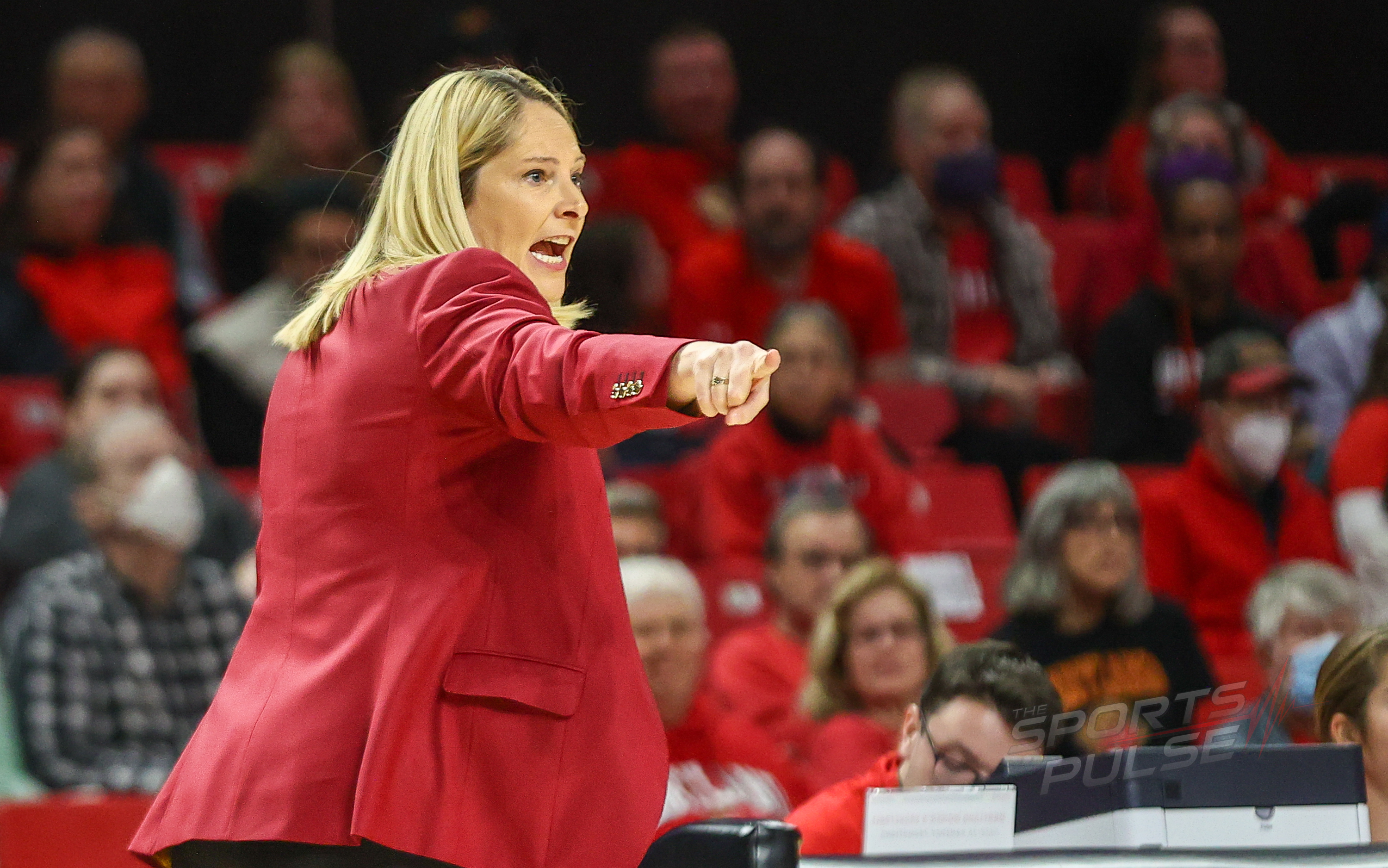 The No. 20 Maryland women’s basketball team could not keep up with Nebraska’s lights-out shooting as the Terrapins fell in their conference opener 90-67 Sunday, just days after defeating No. 7 Notre Dame on the road.

[See photos from the game here!]

“[There’s] a lot of disappointment in our locker room, and rightfully so,” Maryland head coach Brenda Frese said. “…I thought they exposed us in every way possible. Obviously, we knew they could shoot the three. I thought they had a great game plan.”

Not only did Nebraska execute offensively, but they also shut down Maryland’s (7-3, 0-1 Big Ten) stars on the other end.

Diamond Miller, the only returning starter from last year for Maryland, was held off the scoresheet in the first half. She finished with 13 points. Miller was also limited to six minutes of action in the opening half as she was in foul trouble. Abby Meyers, who came into the game averaging 14 points per game, finished with just two.

Frese credited Nebraska’s game plan for shutting down Miller. However, she also stressed the importance of consistency for her team.

The game turned at the end of the second quarter and into the third.

Nebraska took control of the game with a 25-9 run late in the third quarter and into the fourth. The Cornhuskers went from a five-point deficit to an 11-point lead.

“I thought we had way too many breakdowns where they just drove us to the middle to get us to help and overhelp and just kicked for threes,” Frese said. “We talked a lot about disrupting and dictating in this game, and that wasn’t there.”

An issue for the Terps offensively all game long was having key players in foul trouble. Miller, Meyers and Brinae Alexander all finished with four fouls apiece.

“I mean, it really hurts when Diamond had to sit that second quarter when Brinae gets some fall trouble,” Frese said. “We need Brinae on the court. So the two of them, that’s impactful when they’re the ones able to score the basketball for us and give us great energy.”

In the first half, Maryland’s depth players took charge. Shyanne Sellers and Alexander helped lead the Terps to a 13-0 run late in the second quarter that helped give the Terps a 36-31 lead at the half. Sellers finished with a career-high 21.

Sellers said getting her career high “doesn’t mean anything when you lose the game.”

The Terps go on the road to face Purdue on Dec. 8 as Frese looks for career win 600. After visiting the Boilermakers, Maryland will host No. 3 UConn on Dec. 11.