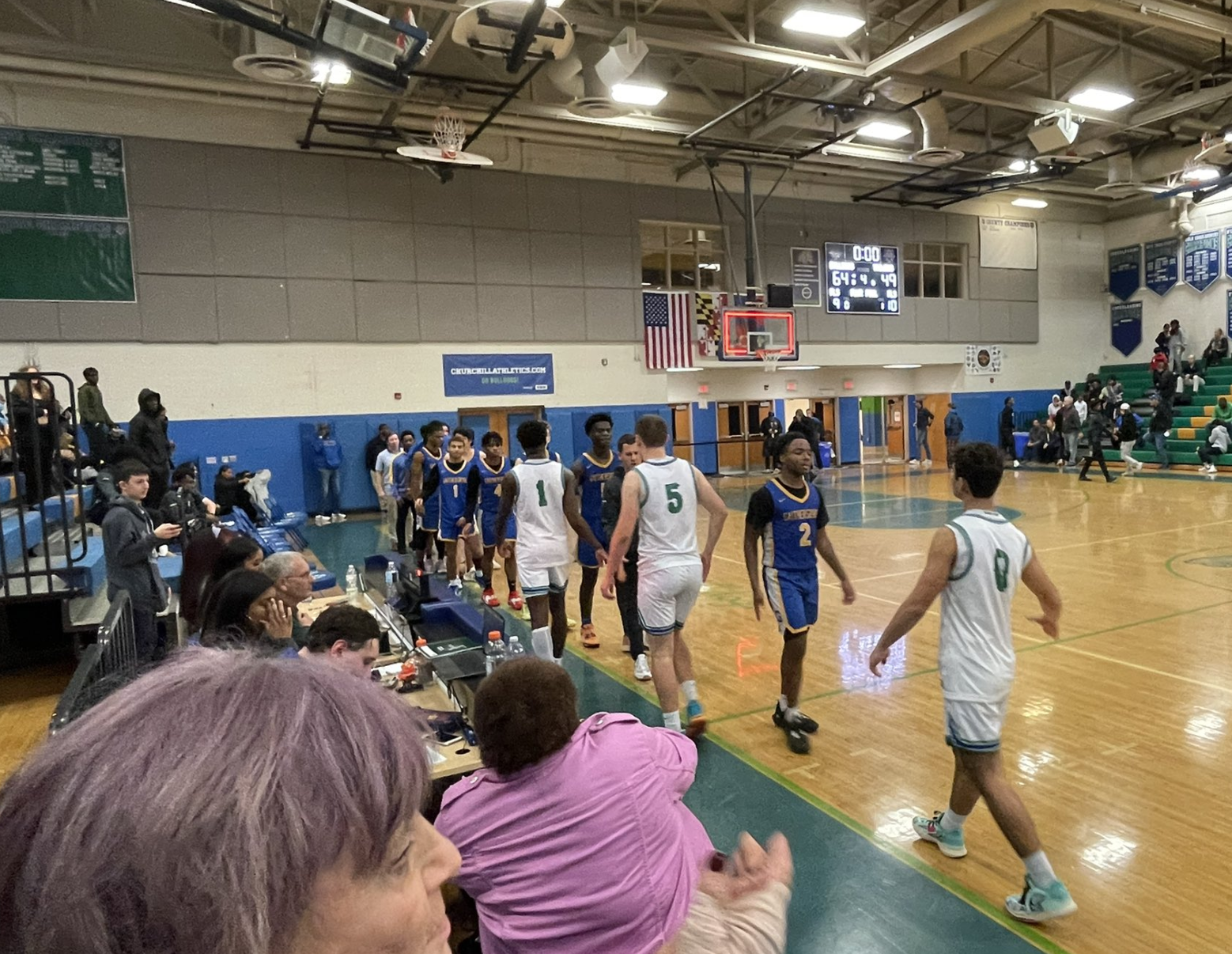 In the end, the Bulldogs took over in the second half for the 64-49 victory over the Trojans.

“Credit to Gaithersburg, they’re well coached and a talented team,” said Churchill head coach Dave Blumenthal. “In the end, it was good to see these guys be able to battle through that.”

The Bulldogs are coming off an appearance in the 2022 Maryland 4A state championship, where they lost to Eleanor Roosevelt.

“I thought it was taking forever to get from the state championship loss to now,” said Blumenthal. “Looking back, we’re walking in the hallways, we’re pregaming. It was like in the blink of an eye; we’re really back.”

Nick Goldberg, a transfer from Quince Orchard, led the way for Churchill with 21 total points.

“It’s a new team, and I’m just here to win,” said Goldberg. “I think our team is just very solid, and we all work together very well. We’re looking to win that championship.”

“We know we fell short of our main goal last year,” Isaiah Mbeng, who scored 19 points, said. “We’re bringing back most of our guys, so we just wanted to pick up where we left off but take us to another level.”

Early on, the Bulldogs quickly jumped to a 6-0 lead, but not until the Trojans scored 14 unanswered points.

Ben Bradford was part of Gaithersburg’s fierce competitiveness, who went off for 33 points on the evening.

Bradford knocked down multiple buckets, including a couple of 3-pointers and some free throws, to finish the first half with 17 points.

“Ben was a great player, and we had to make a game plan for him throughout the game,” said Goldberg. “We just kept putting on the pressure. We just outplayed them in the third and fourth quarter.”

Nevertheless, Churchill kept it close with strong shooting and defense to lead at halftime by 27-25.

“We’ve put in so much work that I think if we did get back [to the state championship],” said Goldberg, “it would be all earned, and we’re just ready to win that.”

Both teams continued to trade back-and-forth buckets, as Goldberg, Mbeng, and Zeke Avit paved the way for the Bulldogs, as did Bradford for the Trojans.

“Our coaches settled us down at halftime just letting us know to stick to our basketball,” said Mbeng, “stick to our principles, and know what we’re capable of that showed in the fourth.”

With Churchill leading 43-38 heading into the fourth quarter, the Bulldogs began to slowly pull away by extending the lead. One of the highlights was Mbeng knocking down a deep 3-pointer, which proved to be the nail in the coffin.

“We had a long preseason,” said Mbeng. “Lot of hard work. It feels good to come out and get a win right away.”