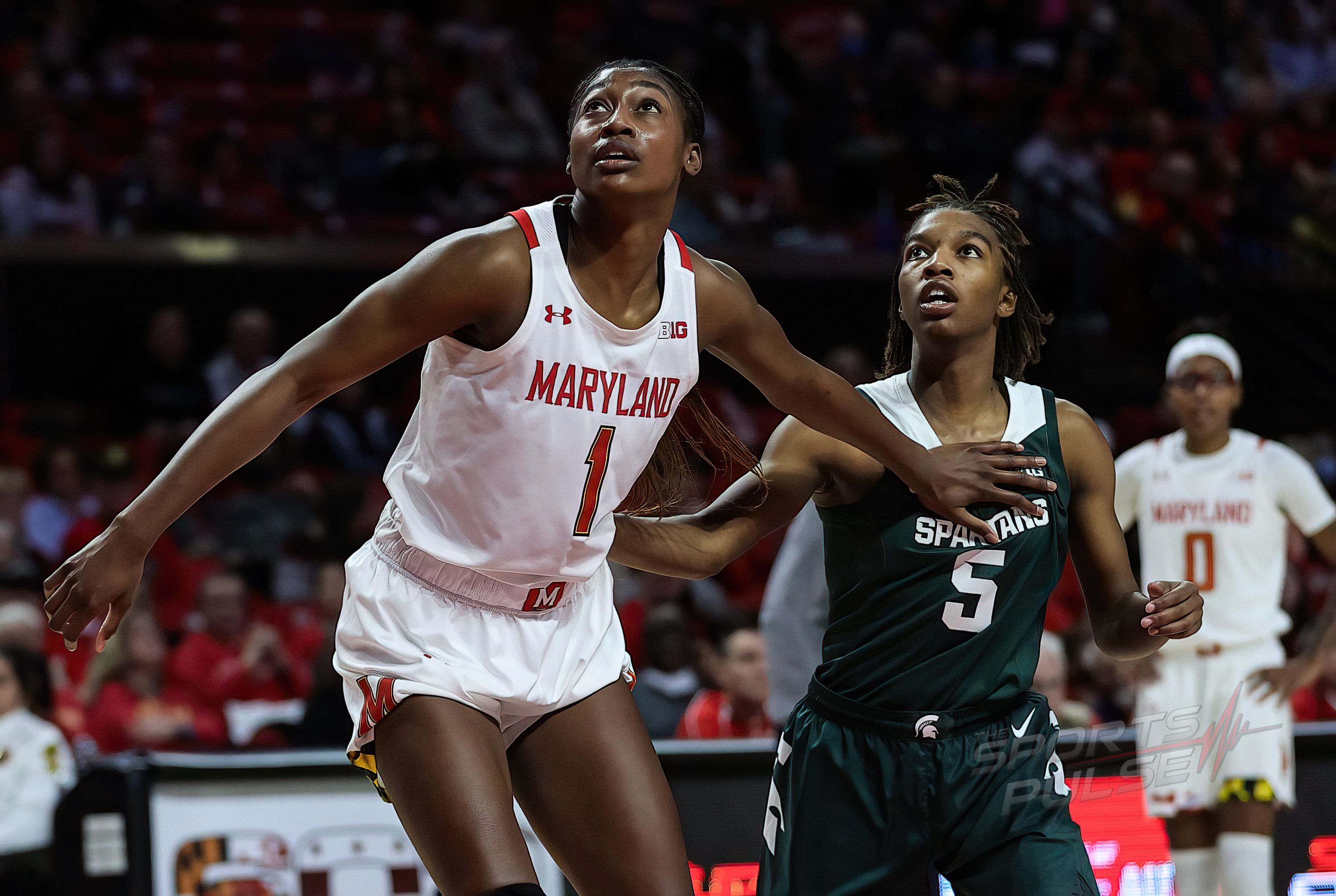 No. 13 Maryland found themselves in a battle against Michigan State Saturday night, entering the halftime break tied at 40 and trailing early in the second half.

With over seven minutes remaining in the third quarter and Maryland needing a spark, Diamond Miller took over. After a missed shot, the guard ripped an offensive rebound out of the hands of a Spartan player and made a quick putback layup while absorbing contact. The play ignited the Maryland bench and earned Miller a chest bump from Lavender Briggs.

“I think Diamond brings a lot of energy to the team,” Briggs said. “She’s always amped up, and I think we need that spark of energy, and she’s a key factor in what our team does together.”

Maryland’s third-quarter dominance was capped off by Bri McDaniel hitting a pull-up buzzer-beater from well behind the 3-point line. The Terrapins outscored the Spartans 30-11 in the frame to take a 70-51 lead.

Miller led all Maryland scorers with 25 points, followed by Sellers (19) and Briggs (15). Abby Meyers and Faith Masonius also reached double figures for the Terps. Sellers has hit double figures in 11 straight games. Miller also led the Terps in rebounds with eight, while Sellers led the team in assists with five.

Defensively, Maryland dominated as its aggressive play forced the Spartans into 15 turnovers. In turn, the Terrapins scored 23 points off those giveaways.

“Both teams like to press and turn each other over; we were fortunate to get those turnovers. But sometimes then you pay for it out of it with some open 3s,” Frese said. “But that’s a big part of our identity right now is being aggressive in that press.”

The Spartans were able to hit those open 3-pointers. In the opening half, more than half of Michigan State’s made field goals (15) were from behind the 3-point arc (8). The Spartans finished shooting 19 of 44 from behind the arc. The visitors made 30 total shots.

However, in the critical third quarter, Maryland held Michigan State to just 4-of-15 shooting and 3-of-11 from deep.

Sellers said the team was able to regroup at halftime and change their focus a little defensively. “We were just trying to expand our lead in the second half and just change the game.”

The visitors attempted to keep the game close by crashing the offensive glass for 20 rebounds and converting them into 19 second-chance points.

“I don’t know if I’ve ever seen a stat like that, and you come away and still win the game,” Frese said of Michigan State’s shooting and offensive rebounding. “But we did all the other things that were the difference maker for a [game] like this in conference play to come out on top.”

Both teams looked poised to play out the final 10 minutes, with the game appearing out of reach. Nevertheless, Michigan State continued to knock down 3-pointers and closed the gap to six points in the last minute. To secure the win, Maryland needed to hit its free throws in the final seconds.

“I don’t think we even flinched when games get close,” Frese said. “Luckily, our non-conference schedule has prepared us for these battles in conference play, and we’re continuing to grow.

The Terrapins travel next to Indiana to face the No. 6 Hoosiers Thursday. It will be Maryland’s fifth-ranked matchup of the season.